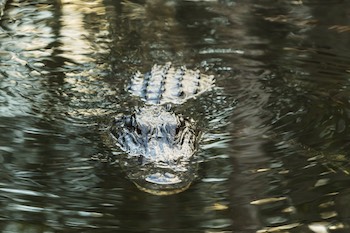 Anyone who imagines that running a federal agency would be fun should consider the plight of HHS Secretary Sylvia Burwell and NIH Director Francis Collins. How would you like to have prominent Members of Congress, “public interest” groups, and the media claiming that you have the power to lower drug costs to help desperately needy people, but you refuse to use it?

Secretary Burwell and Director Collins are facing formidable pressure to reinterpret the Bayh-Dole Act for the compulsory licensing of costly drugs arising from federally supported research. They may get some comfort knowing such actions aren’t sanctioned by the law, or that caving in would devastate the U.S. drug development system. The stakes in their decision whether or not to “march-in” to control the price of Xtandi, a prostate cancer drug, are enormous.

And the pressure just increased another notch. On March 28, Senators Bernie Sanders, Elizabeth Warren, Al Franken, Patrick Leahy, Sheldon Whitehouse and Amy Klobuchar joined the leaders of the House Democratic Task Force on Prescription Drug Pricing urging Burwell and Collins to hold a meeting “to allow the public to engage in a dialogue with the Department of Health and Human Services and NIH in order to better understand its position on the use of march-in rights to address excessive prices.”

If NIH joins in pursuing the swamp gas illusion that Bayh-Dole was intended to regulate drug pricing, we’ll quickly learn that it’s a lot easier getting into this morass than getting back out.

One of the greatest successes of the law is the development of life saving therapies from federally funded research. While no new drugs were developed under preceding policies, at least 200 new drugs and vaccines are now protecting human health through Bayh-Dole. The law gave companies confidence that universities and federal laboratories could be reliable research partners.

When passing Bayh-Dole, Congress was concerned that dominant businesses might license breakthrough inventions from universities to suppress them if they competed with lucrative products, so a “march-in” provision was adopted. If it’s determined that good faith efforts are not being made to develop a university invention, the funding agency can insist that additional licenses are issued “upon terms that are reasonable under the circumstances…” March-ins can also be used if health or other emergencies arise and the licensee is unable to manufacture enough products to meet public needs. After 35 years the march-in provision has never needed to be invoked.

Decades after Bayh-Dole passed, two professors theorized that Congress intended the march-in provision to be used when drugs based on academic inventions are not reasonably priced (see Hunting Bayh-Dole Vampires). Recognizing the danger, Senators Bayh and Dole immediately replied that price controls are not sanctioned by their law. They knew what would happen under the professor’s theory. Who would commercialize a university invention if the government could march in based on retroactive standards determining whether it’s “reasonably priced?” And this would apply to any Bayh-Dole invention, not just drugs. Every agency would be free to make up their own criteria, which could change anytime at the whim of the bureaucracy. Companies would flee from academic partnerships– with good reason.

Senator Bayh added that if Congress ever wants such a provision, it must amend the statute and should define what it means by a “reasonable price.” Nevertheless, several petitions have been filed with NIH over the years seeking to use march-ins to control drug prices– all of which were denied.

The latest attempt began on January 11, 2016 when fifty Members of Congress led by Rep. Lloyd Doggett (D-TX) wrote Secretary Burwell and Director Collins urging them to issue guidelines for marching in to control drug prices deemed unreasonably high. They suggested that one trigger could be when a drug made from a federally funded invention costs more in the U.S. than abroad. Disregarding Senator Bayh’s admonition, the letter claims that agencies have such authorities under Bayh-Dole.

Demonstrating a careful coordination with the Congressional letter, two days later Knowledge Ecology International and the Union for Affordable Cancer Treatment filed a march-in petition against Xtandi, a prostate cancer drug based on a University of California patent made with NIH and Dept. of Defense funding. The petition alleges that Xtandi “is 2 to 4 times higher in the U.S. than in other high income countries, and that the ‘march-in’ provisions in the Bayh-Dole Act should be used to protect U.S. consumers from excessive prices.” They add that since African American men have a higher incidence of prostate cancer than other groups, NIH and DoD “should be concerned that the high price of Xtandi may be contributing to systemic racial discrimination in medical care in the United States.”

The petition asks NIH to grant an open license for any generic drug manufacturer to produce Xtandi. Publications ranging from The Washington Post to Russia Today covered the story.

NIH considers the application of the march-in statute on a case-by-case basis, and is prepared to use its authority if presented with a case where the statutory criteria are met regarding the commercialization and use of an NIH-funded, patented invention, and where march-in could in fact alleviate health or safety needs or address a situation where effective steps are not being taken to achieve practical application of the inventions. After consulting with the NIH, we believe the statutory criteria are sufficiently clear and additional guidance is not needed.

Immediately after hearing from Secretary Burwell, Rep. Doggett joined the calls for NIH to march-in on Xtandi. He was soon joined by eleven groups including Public Citizen, the American Medical Students Association, Universities Allied for Essential Medicines and the Alliance for Retired Americans .

It appeared as though this pressure was taking a toll when “NIH Open to Exercising Drug Pricing Rights, Director Says” appeared in Bloomberg’s Patent, Trademark & Copyright Journal’s Afternoon Briefing on March 16. Reporting on Dr. Collin’s reply to the House Appropriations Subcommittee where he was pressed to march-in to control drug costs, the story claimed: “The NIH would be open to exercising its ‘march-in rights’ to reduce high prices charged for drugs developed with taxpayer dollars, NIH Director Francis S. Collins said today.”

That set off alarms that either Sec. Burwell and Dr. Collins were not on the same page or that NIH was changing its position. However, Collin’s answer was not accurately captured in the story:

We have looked at that situation several times in the past but have not felt that we have reached reasonable terms.  But we are totally open to considering that on a case by case basis. We’ll be glad to do that with other products that are brought forward for our consideration.  We get it, that this is a serious issue.

Thus, Secretary Burwell and Dr. Collins are saying that each petition must be reviewed against the accepted march-in standards of Bayh-Dole. However, prominent Democratic Members of Congress working with a few interest groups are urging them to adopt an entirely new interpretation of the law. The ruling on the Xtandi petition will show which view prevails.

Reflecting on the dilemma, Thomas Peter Stossel and Joel M. Zinberg with the American Enterprise Institute noted in When fools march in:

National Institutes of Health officials just wisely rejected a petition, supported by 51 congressmen, to exercise “march-in” rights to discourage drug “price-gouging.” The proposal didn’t merely violate the explicit intent of a decades-old statute — the Bayh-Dole Act — it also revealed the legislators’ ignorance of drug development and would have devastated medical innovation, while doing nothing to bring down drug costs.

NIH officials must continue to reject similarly misguided and politicized petitions. The future of American medicine depends on it.

Even if march-in powers could lower prices for this fraction of drugs, this congressional intervention risks chilling all drug development regardless of whether government funding played a direct role. Encouraging the government to seize patent rights in a non-emergency situation is a great way to discourage firms from developing and producing any new drugs.

So let’s keep our fingers crossed as we await the decision on Xtandi. If Secretary Burwell and Director Collins refuse to join this misguided quest to control drug prices, they are more likely to hears howls of protest than thanks from those who will benefit from preserving the world’s leading drug development system. Perhaps that’s a good definition of public service– doing the right thing knowing that your are more likely to be attacked than praised.