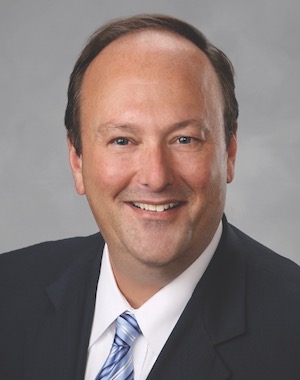 Alston & Bird recently announced that former federal prosecutor Michael Zweiback has rejoined the firm as partner in its Privacy & Data Security Practice and Government & Internal Investigations Group, bringing not only extensive experience in cybersecurity, but also an exceptional background in white collar criminal defense and government enforcement litigation. Based in the firm’s Los Angeles office, he arrives from Arent Fox LLP, where he was a partner and co-leader of its Cybersecurity and Data Protection Group.

“At a time when cybercrime, privacy and data security are in the headlines almost daily and continue to have the attention of the largest companies and their boards, Mike’s extraordinary background and experience make him an invaluable resource for clients and a welcome addition to our firm,” said Jim Harvey, partner and co-chair of Alston & Bird’s Privacy & Data Security Practice.

Zweiback has more than 20 years of experience as an attorney in both the private and public sector. In his most recent position, he advised U.S. companies on a broad range of cybersecurity and privacy matters – from data security and breach obligations to EU-US safe harbor issues, and from data aggregation and web crawling to cloud computing data security.

A former Assistant U.S. Attorney in California, Zweiback served as principal advisor to the U.S. Attorney General’s Advisory Committee on Cyber Crime. He was also chief of the Cyber & Intellectual Property Crimes Section, the largest cyber prosecution unit in the United States.

Kim Peretti, who co-chairs Alston & Bird’s Cybersecurity Preparedness & Response Team, said: “We are so excited to have Mike join us. It’s great to add another former DOJ cybercrime prosecutor to our team.”

Zweiback also served in the U.S. Attorney’s office as deputy chief of the Organized Crime and Terrorism Section and deputy chief of the Organized Crime Strike Force. He has been recognized multiple times by the U.S. Department of Justice, which twice honored him with its Special Achievement Award, as well as its Director’s Award for Superior Performance.

In addition, Zweiback will help expand Alston & Bird’s white collar litigation and government and internal investigations capabilities in California. He joins a number of former federal prosecutors who have made successful practices at the firm, including Jeff Tsai, who held senior positions in the Justice Department and who most recently served as Special Assistant Attorney General of California.

Zweiback is a frequent commentator on cybersecurity and litigation issues and has been featured in recent reporting by the Associated Press, Fox News, CNN, Politico and other major media.

“Mike is a superb, multifaceted lawyer, and we are delighted to have him back on our team,” said Thomas Wingard, partner in charge of Alston & Bird’s Los Angeles office. “He adds significant weight to our global data privacy and cybersecurity capabilities and strengthens our bench of Southern California white collar and government investigations trial lawyers.”