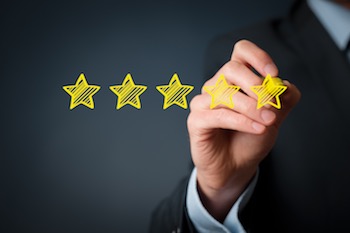 “We would like you to find the best patents in this pile of 50,000 candidates. Oh, and we need it done for $30K.” We hear requests like this so often we’ve built processes and tools to help us address them.  Our team has over 60 years of experience developing, evaluating, monetizing, litigating, and licensing patents; we’d like to share some of our experience and methodology with you.

Let’s return to that pile of 50,000 patents – how can we find the highest quality patents reliably and efficiently?

We were surprised to discover that forward citations dominate the analysis. We evaluated millions of patents – and consistently forward citations were the biggest predictor of a higher value patent. More on this below.

What Ranking Tools Can Do

When we start projects sorting through thousands of patents, we first meet with the client to define success. In other words, what does it mean for the client to be successful in a project like this? Finding the best patents? Eliminating the worst patents?

Where do you look for benchmarks of better patents? We believe that patents that are bought and sold better reflect patents more likely to meet business needs. We started with our database tracking over $7B of patents that companies are trying to sell, or have sold.  We also looked at the characteristics of patents that had been litigated.

Our requirements for a ranking system:

In developing the new ranking system, we began with our previous heuristics-based system and tested the existing factors and others against our patent deals database as well as data sets of litigated patents. The new ranking factors were determined based on simulations comparing different potential weights.

Why forward citations? Why not claim length or any number of other factors? We believe that forward citations are a proxy for industry-wide R&D investment in a technology area. With more investment, there are generally more products. With more products, there is a higher chance of infringement. Infringement drives value and most likely meets a client’s needs. Specifically, a purchase either eliminates the client’s own infringement or provides a tool to use against someone else). 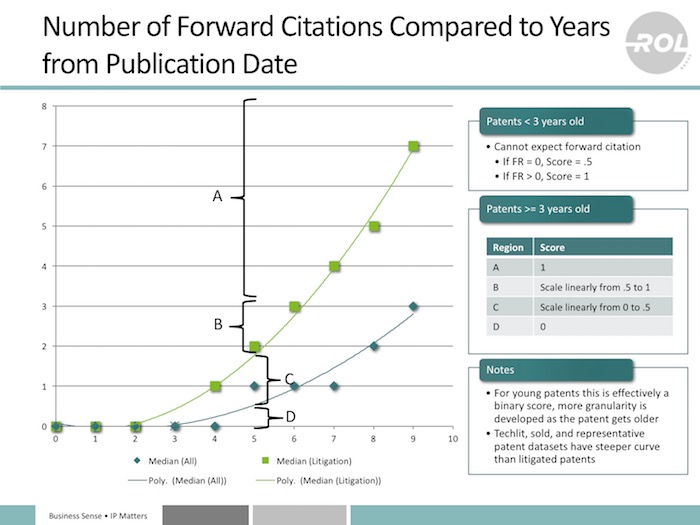 For patents more than three years from the publication date, we identified four regions for ranking adjustments:

Age of Patent from Priority Date

We know that our clients are generally looking to purchase patents that are actively adopted and in use in industry, but also are looking for sufficient remaining life to get the benefit of their purchase. For example, if a client is buying for a potential dispute that has not yet materialized, at least five years of remaining life is generally desirable.

From our time at Rambus, we know that patents in the range of 8-12 years from priority had the highest probability of being valuable in licensing. There is, additionally, a wealth of academic research on the timing of litigation vs. remaining life of patents. See, e.g. Brian Love, “An Empirical Study of Patent Litigation Timing” Univ. of Penn. Law Review, Vol 161, p 1309 (2013). As well as work by Mark Lemley together with John Allison and David Schwartz, “Understanding the Realities of Modern Patent Litigation”, 92 Texas L. Rev. 1769 (2014). Additionally, as seen in our prior article on Intellectual Venture’s (IV’s) patent portfolio and our forthcoming article (IAM Magazine Issue 77), IV’s purchase windows overlap heavily with the ranges we model as well.

We used the information from those papers as well as our experience to model this factor: 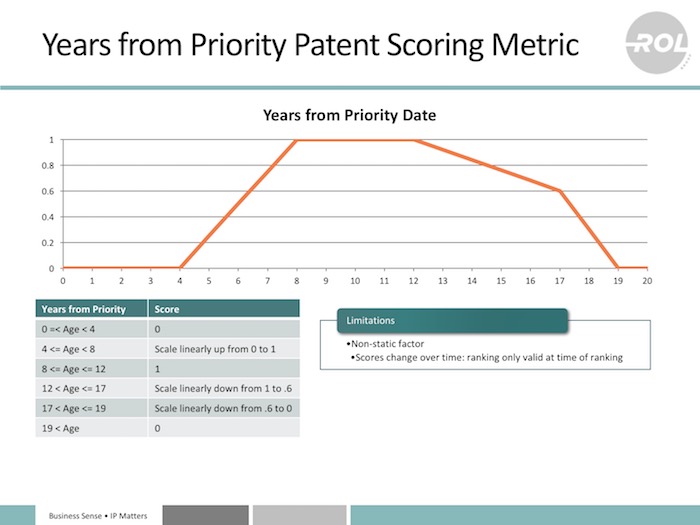 TO BE CONTINUED: Up next I will discuss the remaining factors in some detail, and explain why they are somewhat less helpful in determining ranking priority.