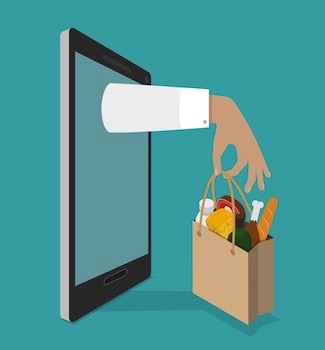 The retail world has been seeing its traditional models of business upended by Internet retail giant Amazon.com Inc. (NASDAQ:AMZN) In 2014, Amazon sold a total of $44.1 billion worth of retail goods to consumers in the United States, a volume of sales which is roughly equivalent to the sales of 31,000 retail storefronts; Amazon’s own annual investor reports indicate that the company had much higher net sales of about $89 billion in 2014. This past holiday season, Amazon had the most seasonal hires with reports of up to 100,000 temporary workers hired to fulfill holiday orders. The company has been working hard to speed up order fulfillment and currently boasts same day delivery in 16 metropolitan areas across America.

In recent years, it’s become clear that Amazon’s ambitions extend beyond even the instant access to shopping tools afforded by the Internet; the company is also trying to speed up the process of delivering products into the hands of its customers. Reports from mid-February indicate that Amazon Flex on-demand delivery service drivers are being allowed to transport standard delivery items as well as fulfill orders for Amazon Prime members. December news reports that Amazon was negotiating the lease of 20 jets from the Boeing Company (NYSE:BA) has led to speculation that the Internet retailer is trying to invade a shipping sector dominated by UPS (NYSE:UPS) and FedEx (NYSE:FDX). Amazon has also pursued the development of drone shipments and is currently testing unmanned delivery technologies in England, Canada and the Netherlands. Business filings in China released in the past few weeks show that Amazon is busy increasing its logistics operations in that country, giving more weight to the notion that the company wants to enter the global shipping industry.

Of course, where one American tech giant treads, another one tends to follow fast. Alphabet (NASDAQ:GOOG) and its Internet services subsidiary Google is currently testing a same-day delivery service for fresh grocery produce, including meat, dairy, fruit, vegetables and more. The pilot test program is currently implemented in neighborhoods of Los Angeles and San Francisco. Members who pay for a $95 annual subscription to Google Express can have their groceries delivered for $2.99 per delivery, while non-members pay $4.99 per delivery. A customer must order $35 worth of goods to qualify for a Google Express delivery.

This new Google Express service directly competes with Amazon Fresh, Amazon’s own same-day delivery service for handling grocery or electronic good purchases. The Prime Fresh membership costs consumers $299 per year, but orders for more than $50 worth of goods are delivered without shipping fees. Amazon is also establishing a global presence for the Fresh service, launching deliveries of fresh fruits and vegetables in the Italian city of Milan and the surrounding region. This comes just months after Amazon launched a Prime Pantry service in Germany for delivering non-perishable goods to consumers in that country.

E-commerce is a growing juggernaut that continues to increase in value; during 2015, e-commerce was responsible for 7.3 percent of total retail sales and total e-commerce grew by 14.6 percent between 2014 and 2015. Given the fact that there’s no signs that Internet retail will be slowing down any day soon, it’s not surprising to see startups joining the fray and staking their claim in the sector. San Francisco-based Instacart offers grocery deliveries within one hour in areas where the service is available. The Internet service company closed a $220 million round of investment funding last January which the company announced it would spend on expanding both its categories of goods and geographic areas of service. In February, reports came out that Instacart had agreed to a five-year delivery service contract with the supermarket chain Whole Foods Market (NASDAQ:WFM) which makes Instacart the exclusive delivery partner for Whole Foods perishables. Beyond fresh groceries, Instacart has also edged its way into the market for booze delivery services through business partnerships with Binny’s Beverage Depot in Chicago and Vinodivino in Boston. Deliveries of alcoholic beverages have also been added to Amazon’s Prime Now service, beginning with a pilot program in San Diego.

This trend towards retail delivery services has prompted at least one major shipping company to make investments of its own in this sector. In late February, same-day delivery service Deliv, headquartered in Menlo Park, CA, closed a $28 million investment round which saw the first investments in the company by UPS. Deliv’s main business model involves incorporating its software into online checkout services at malls and shopping centers and offering delivery services via contract drivers by charging a fee to retailers which they typically pass on to consumers. The Wall Street Journal has reported that Deliv is used by about 4,000 retail establishments.

The center of the same-day grocery delivery world may be on the West Coast but some activities in the sector are starting to crop up in the southeast, thanks in large part to Birmingham, AL-based Shipt. The delivery service offers free delivery on orders over $35 and offers a selection of 40,000 grocery items. Orders are fulfilled the same day, sometimes within an hour according to the company’s website. In February, Shipt expanded its coverage area to include Mt. Juliet, TN, a suburb of Nashville, a city where Shipt has operated since the summer of 2015; and then in the Orlando, FL, suburbs of Oviedo and Chuluota. One of Shipt’s largest partners is the private supermarket chain Publix Super Markets.

Skokie, IL-based Peapod claims that it’s the United States’ leading Internet grocer, fulfilling 23 million orders in 24 American markets since its founding in 1989. In the beginning of February, it was reported that Peapod will partner with the Washington Metro for a six-month pilot program testing distribution of groceries ordered online at three Metro stations, although the program could eventually be scaled up to include more of the Metro’s 91 stations. Blue Apron of New York City is another grocery delivery service, although its offerings are tied to meal recipe kits which have been developed by company chefs. As of October 2015, Blue Apron had been valued at $2 billion.

Online grocery delivery hearkens back to a particularly notable failure of the dot-com boom of the late 1990s. Many readers might remember an Internet service known as Webvan, a web-based grocery delivery service that failed not long after the company went public in 1999. Webvan too offered an on-demand grocery delivery service but spent much of its capital on building a shipping infrastructure including warehouses and trucks. By contrast, Instacart, Shipt and the rest of today’s on-demand grocery services have no such infrastructure, similar to other Internet-based companies like private transport service provider Uber and the lodging accommodation website Airbnb. Instacart, for example, contracts personal shoppers through a smartphone app who go to a grocery store and fulfill a consumer’s shopping list; these shoppers are not employees of the company. Interestingly, these personal shoppers reportedly earn between $15 and $30 per hour depending on how quickly they fulfill orders, which as The New York Times points out is much higher than the hourly wage for typical supermarket employees. It’s possible that on-demand grocery services is opening up a lucrative new market for labor, as well, offering more valuable work in supermarkets. The fact that supermarket chains have partnered directly with these services further points out the fact that on-demand delivery of grocery items and fresh produce is likely here to stay.