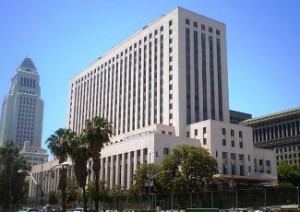 Nomadix’s Internet access gateway technologies allow a business to control public connectivity to their private wireless Internet networks. These gateways are in use in places like hotels, cafes, laundromats or other businesses where WiFi is offered to customers. The company holds more than 100 patents across 15 areas of functionality and has shipped more than 50,000 units across the globe over the past decade. The company holds 51 U.S. patents; as the Innography 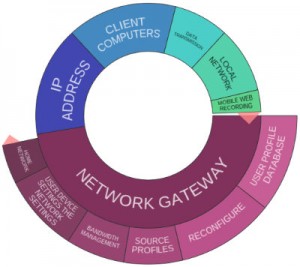 text cluster here will show readers, most of this intellectual property is focused on network gateways.

The story of Nomadix and the idea of nomadic computing, or the use of portable computing devices on mobile communications networks, goes back a few decades with the work of Dr. Leonard Kleinrock, a member of the Internet Hall of Fame. In September 1969, the Host computer in Kleinrock’s laboratory at UCLA became the first node of ARPANET, an early packet switching network and precursor to today’s World Wide Web. At the start of the 1990s, Kleinrock was an early researcher in the field of nomadic computing, years before portable computing devices and wireless Internet networks were being widely commercialized. In the late 1990s, Kleinrock founded Nomadix along with Joel Short, then a graduate student at UCLA, to develop technologies that would satisfy a growing expectation on behalf of consumers that their computing devices, which were increasingly shrinking in size, would be able to connect to the Internet anywhere.

The availability of high speed Internet access (HSIA) is a major factor determining consumer satisfaction when staying in hotel or resort lodgings, and it’s this market where Blueprint RF has been stepping into Nomadix’s IP territory. Blueprint RF markets the Dominion Internet gateway platform, which offers gateway authentication and user access control tools and enables a business to offer bandwidth tiers for premium access. The official Blueprint RF testimonial page makes it pretty clear that the business markets itself heavily to the hospitality industry. 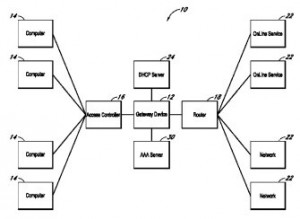 “It’s fairly widely known that Nomadix has patents protecting this technology,” said Doug Muehlhauser, a partner at the Knobbe Martens law firm and the lead litigation counsel for the Nomadix infringement case. Both he and Mark Lezama, another Knobbe Martens litigation partner, were able to offer us more insight into the legal case. This kind of infringement case is exactly why the patent system exists, Muehlhauser said. “People should really be acknowledging the value of this technology, but some participants in the market are not willing to do that,” he said.

The above patent, along with other patents in suit which have been brought forward by the Nomadix team, protect the technology behind access gateway products such as the AG 5900 and the AG 2400 gateway products. According to Lezama, part of the process that uncovered Blueprint RF’s infringement involved visiting a hotel that was running a Dominion gateway to run tests with a laptop to capture individual packets which were transmitted between the laptop and the gateway. Along with a review of the Blueprint source code, the legal team found that there was no question of infringement when looking at the limitations of the claims of the ‘246 patent. “One of the things that the Knobbe legal team brings is that every one of us on the litigation team is well versed in computer architecture,” Muehlhauser said.

The infringement case proceedings began with a cease and desist letter sent to Blueprint RF in March 2014 asking them to stop the infringement and a lawsuit was filed in October of that year when the offending products weren’t changed. “We’re seeing this a lot lately,” Lezama said. “It’s kind of a whack-a-mole situation where new companies are constantly popping up and offering our tech without authorization.” Blueprint RF took business away from Nomadix, the original innovator in this field, and hurt the market by undercutting the competition on price. “Part of that was that they weren’t paying for a license, that may be how they were able to compete,” Lezama said.

In its defense, Blueprint RF didn’t dispute how their products worked but heavily pursued a strategy of invalidating Nomadix’s patents. According to Lezama, the Blueprint RF team tried virtually every defense for invalidating the patents, including the allegation that the Nomadix patents were too long to be patentable. “They were forced to admit they were unaware of a court invalidating a patent because of a lack of conciseness,” Lezama said. The Blueprint RF team also argued at one point that it had clear prior art that required the patent to be invalidated but this was rejected as well after the court found that Blueprint RF didn’t engage in the basic analysis required for explaining how the prior art invalidates the Nomadix patents. “Normally, we see someone looking through defenses and prioritizing based on merit,” Muehlhauser said. “It’s almost like they went through a hornbook and tried every defense.” In October 2015, Blueprint RF filed inter partes reviews with the U.S. Patent and Trademark Office to review five Nomadix patents, including the ‘246 patent.

“This is a classic case of protecting an investment that a practicing entity has made in their products,” Lezama said, noting that this is not a case involving a non-practicing entity or anything that could be described as trolling behaviors. “They’re using the patent system for what it’s supposed to do.” Nomadix continues to innovate without the drive of its founding partners; Dr. Kleinrock has since retired and in November 2004, the company suffered a huge blow with the passing of Joel Short.