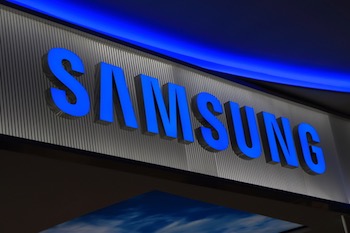 Samsung Electronics Co. (KRX:005930) of Seoul, South Korea, is a giant in both the worlds of consumer electronics and patenting activities. In early February, Samsung settled a patent dispute with Finnish communications and information technology company Nokia (NYSE:NOK) related to phone patents held by Nokia which lifts the Finnish company’s patent unit sales to 1.02 billion euros ($1.1 billion USD) in 2015, a sizable jump from Nokia’s 578 million euros ($643 million USD) patent unit sales in 2014. Samsung was also the target of the first-ever infringement suit filed by Santa Clara, CA, tech firm Nvidia (NASDAQ:NVDA) and while Nvidia hasn’t fully prevailed, a federal judge in Virginia  recently ended a countersuit filed by Samsung without finding that Nvidia had infringed on Samsung’s intellectual property.

Comments from Samsung executives in recent weeks have indicated that the corporation is interested in expanding its virtual reality operations beyond smartphones, which is where Samsung has tried to improve its position with the Gear VR headset. In mid-February, the Professional Golfers’ Association of America (PGA) became the latest Gear VR became the newest tenant in Samsung’s virtual reality world, offering VR golfing tutorials and immersive views of official PGA Tour locations. Virtual reality technologies stole 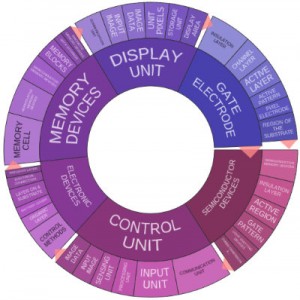 center stage at this year’s Consumer Electronics Show and we’re anticipating a heavy amount of innovative activity in that sector in the coming months.

In 2015, Samsung took home the second-greatest number of patents from the U.S. Patent and Trademark Office with 5,072 U.S. patents, which trailed only perennial patent giant IBM (NYSE:IBM) in terms of patents earned last year. That amount represents a slight uptick for Samsung from 2014, when the company took in 4,936 U.S. patents. Through the first month and a half of 2016, Samsung has earned 955 U.S. patents, a torrid pace of innovation that would easily eclipse Samsung’s 2015 patent totals if this pace holds. The patent portfolio analysis tools available through Innography show us that these recently issued patents are focused fairly evenly in the sectors of semiconductor devices, electronic devices, control units, memory devices and display units. 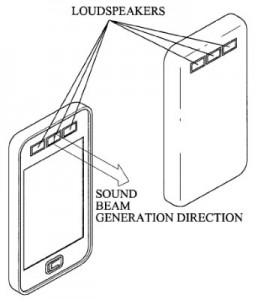 A few of the patents we noticed in our latest survey of Samsung’s IP relate to intriguing innovations directed at sound technologies, such as is the case with the technology protected by U.S. Patent No. 9258639, entitled Method and Apparatus for Creating Personal Sound Zone. This patent claims an apparatus for creating a personal sound zone and having an array unit that has first and second arrays with at least three transducers arranged in the direction of first and second sound beams and a control signal generation unit that generates control signals for the first and second array that may create a reverse phase and time delay between the control signals of the first and second arrays. This invention seeks to address limitations in creating personal sound zones with the use of mobile electronic devices with limited array sizes and amounts of installable transducers. Novel techniques for sound produced by mobile electronic devices are also at the center of U.S. Patent No. 9258397, entitled Protective Case with Speaker Sound Amplification Path. It discloses a protective case for an electronic device with at least one speaker device, the case having a base for placement adjacent to a rear side of the electronic device to protect the device, wherein a speaker sound path is formed in the base corresponding to a speaker hole of the electronic device and configured to amplify the sound output from the speaker hole. This innovation increases the functionality of protective cases which are purchased to protect electronic devices or improve the device’s appearance. 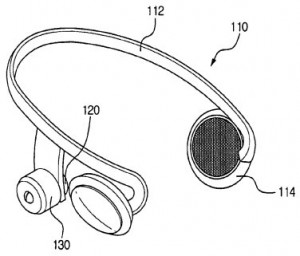 We took note of an intriguing Samsung technology for health and fitness wearables which is discussed within U.S. Patent No. 9254088, which is titled Headset Device and Method Measuring a Biosignal. It protects a headset device measuring a biosignal and having a headset body including a generally arch-shaped head holder with speakers installed at each end of the head holder, a connection unit that moves relative to the headset body and a sensor unit with light emitting and light receiving elements mounted to the connection unit to make contact with the surface of a human body; a biosignal is measured by comparing features of light sensed by a light receiving element to light generated by the light emitting element. The resulting device is more capable of measuring biosignals accurately despite the user movement during exercise which would otherwise create issues when using headset devices.

As a mobile electronic device manufacturer, Samsung is forced to keep up with its rivals in terms of mobile services and we’re seeing an intriguing advance in voice recognition tech which is reflected within U.S. Patent No. 9251786, entitled Method, Medium and Apparatus for Providing Mobile Voice Web Service. It discloses a method of providing a voice web service in a mobile terminal by analyzing a web history of a user from user web search logs, generating a voice access list based on the analysis results, generating a voice recognition syntax according to the generated voice access list and generating a web command by matching input voice of the user with the generated voice recognition syntax. The use of user web history analysis in this invention helps to reduce costs in providing a voice recognition module by reducing the amount of computer network resources required to provide such a service. 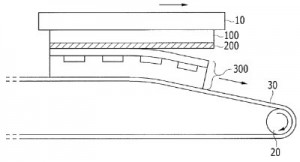 Readers might be very interested to note that Samsung has recently been granted a patent in pharmaceuticals being developed for cancer treatments, as is evidenced by U.S. Patent No. 9249221, which is titled Humanized and Affinity-Matured Anti-c-Met Antibody and Uses Thereof. This patent disclose an anti-c-Met antibody or antigen-binding fragment comprising a heavy chain variable region with multiple amino acid sequences and a light chain variable region with multiple amino acid sequences. This innovation takes advantage of discoveries in the role of the cellular receptor c-Met in resistance to cancer drugs and the emergence of c-Met inhibition as a target for cancer therapies.

Patent Applications of Note: From Biometrics for User Authentication to Multiple Devices Sharing a Phone Number 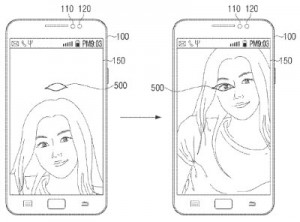 Taking a look at the patent applications filed recently by Samsung, we noticed a fair amount of activity in biometric authentication for devices, such as is described within U.S. Patent Application No. 20160034759, entitled Apparatus and Method for Recognizing Iris. This patent application would protect an iris recognition apparatus having a first photographer that photographs an iris in a visible ray wavelength range, a second photographer that photographs in an infrared ray wavelength range, a determiner that determines whether the iris photographed by the first photographer satisfies a predetermined condition and a controller that controls the second photographer to photograph the iris and perform iris recognition in response to the determination that the predetermined condition has been satisfied. This system is designed to authenticate users while minimizing their direct exposure to infrared rays, which can dry out eyes or even cause cataracts with prolonged exposure. Other robust authentication techniques are featured within U.S. Patent Application No. 20160042219, titled User Authentication Method and Apparatus Based on Fingerprint and Electrocardiogram (ECG) Signal. This discloses a user authentication apparatus having a biometric data acquirer that acquires fingerprint data and an electrocardiogram (ECG) waveform of a user, a humidity level acquirer that acquires a humidity level of skin of the user, a similarity extractor that adjusts a first similarity between the fingerprint data and reference fingerprint data of a pre-registered user and a second similarity between the ECG waveform and reference ECG waveform of the pre-registered user to extract a combined similarity and an authenticator that authenticates the user as a pre-registered user based on a combined similarity. The use of the combined similarity in this biometric authentication system helps to improve security against falsified or forged authentications. 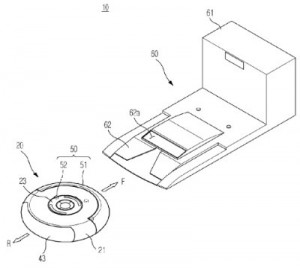 A number of cleaning apparatuses were among Samsung’s most recent innovations, including the technology that would be protected by U.S. Patent Application No. 20160029865, filed under the title Robot Cleaner Having Dust Sensing Unit. This discloses a robot cleaner having a body, a drive unit including wheels driven by a motor to enable the body to autonomously travel about a region to be cleaned, at least one sensor that detects an obstacle, a cleaning unit with a fan unit and a brush unit to clean the region to be cleaned, a dust box detachably mounted to the body for storing dust and a dust sensing unit including a light emitting unit to transmit light and a light receiving unit to sense the light transmitted through the dust box. The dust removal system incorporated into this robotic cleaner prevents against degradation of cleaning performance in the robotic cleaner. Devices for cleaning air in urban environments are discussed within U.S. Patent Application No. 20160038868, which is titled Air Cleaning Device. It would protect an air cleaning device having a main body, a filter disposed in the main body to purify air and an image transmitter to show a state of the filter outside of the main body. This new air cleaning device configuration allows for the contamination level of a filter to be accurately checked indirectly without taking the filter out of the air cleaning device. 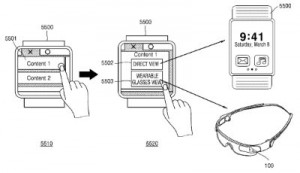