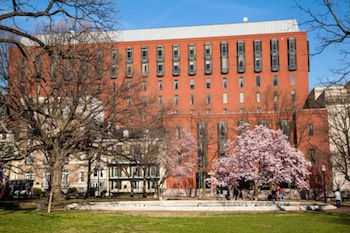 Recently the United States Court of Appeals for the Federal Circuit handed down its much anticipated ruling in Lexmark International, Inc. v. Impression Products, Inc., a case that required the Court to once again consider the so-called patent exhaustion doctrine. Writing for the majority was Judge Taranto, who was joined by Chief Judge Prost and Judges Newman, Lourie, Moore, O’Malley, Reyna, Wallach, Chen and Stoll. A dissenting opinion was filed by Judge Dyk, who was joined by Judge Hughes.

Before getting into the substance of the decision, which was to reaffirm prior Federal Circuit precedent that the majority did not feel was overruled by more recent Supreme Court decisions, let’s begin with a quick primer on the patent exhaustion doctrine.

The Patent Act grants to patent owners an exclusionary right that allows them to prevent others from making, using, selling, offering for sale or importing any patented invention within the United States during the term of the patent. See 35 U.S.C. § 271(a)(defining such actions as infringing); see also 35 U.S.C. 154(a) (granting patentee “right to exclude others” from itemized actions).

The unrestricted sale of a patented article, by or with the authority of the patentee, is said to “exhaust” the patentee’s right to control further sale and use of that article by enforcing the patent under which it was first sold. In United States v. Masonite Corp., 316 U.S. 265, 278 (1942), the Court explained that exhaustion of the patent right depends on “whether or not there has been such a disposition of the article that it may fairly be said that the patentee has received his reward for the use of the article.” See, e.g., Intel Corp. v. ULSI Sys. Tech., Inc., 995 F.2d 1566, 1568, 27 USPQ2d 1136, 1138 (Fed. Cir. 1993) (“The law is well settled that an authorized sale of a patented product places that product beyond the reach of the patent.”).

“Under the doctrine of patent exhaustion, the authorized sale of a patented article gives the purchaser, or any subsequent owner, a right to use or resell that article.” Bowman v. Monsanto Co., 133 S. Ct. 1761, 1764 (2013). Thus, when a patentee has disposed of the article via sale of a patented article the buyer is thereafter authorized to engage in activities involving the article, such as resale, that would otherwise be considered infringing in the absence of exhaustion of rights. Furthermore, when a patented device has been lawfully sold in the United States, subsequent purchasers inherit the same immunity under the doctrine of patent exhaustion.

Impression’s actions constitute patent infringement under 35 unless the fact that Lexmark initially sold the cartridges constitutes the grant of authority that makes Impression’s later resale and importation non-infringing under the patent exhaustion doctrine.

In so considering this case en banc the Federal Circuit reconsidered both Mallinckrodt, Inc. v. Medipart, Inc., 976 F.2d 700 (Fed. Cir. 1992) and Jazz Photo Corp. v. International Trade Comm’n, 264 F.3d 1094 (Fed. Cir. 2001). Ultimately, the Federal Circuit reaffirmed the principles of its earlier decisions finding first that the Supreme Quanta did not overrule Mallinckrodt. In Quanta the Supreme Court did not address a patentee sale, let alone a sale made subject to a restriction. Quanta involved a sale made (to computer maker Quanta) not by the patentee (LGE) but by a manufacturing licensee (chip maker Intel), which the patentee had authorized to make and sell the articles at issue (chips for installation in computers that would then be covered by LGE’s patents). And the patentee’s authorization to the licensee to make sales was not subject to any conditions, much less conditions to be embodied in those sales.

The Federal Circuit also concluded that Kirtsaeng, which dealt with the copyright first sale doctrine, did not call into question the ruling in Jazz Photo. In Jazz Photo the Federal Circuit held that a U.S. patentee, merely by selling or authorizing the sale of a U.S.-patented article abroad, does not authorize the buyer to import the article and sell and use it in the United States, which are infringing acts in the absence of patentee-conferred authority. Kirtsaeng was found to be inapplicable for several reasons. Kirtsaeng did not address patent law issues, nor did it address whether a foreign sale should be viewed as conferring authority to engage in otherwise infringing domestic activities. Furthermore, Kirtsaeng specifically dealt with the statutory first sale doctrine embodied in 17 U.S.C. 109(a), which entitled owners of copyrighted articles to engage in certain activities without the authority of the copyright holder. As such, Kirtsaeng has no applicability to the Court’s patent exhaustion jurisprudence because that there is no comparable statutory provision found in the Patent Act.

In a painfully long decision that at one point analyzed a 1628 statement of Lord Coke as relating to British common-law principles and what light that might shed on modern day patent exhaustion, the Federal Circuit held that when a patentee sells a patented article under otherwise-proper restrictions on resale and reuse communicated to the buyer at the time of sale, the patentee does not confer authority on the buyer to engage in the prohibited resale or reuse. The patentee does not exhaust its rights to charge the buyer who engages in those acts—or downstream buyers having knowledge of the restrictions—with patent infringement. The Federal Circuit also held that a foreign sale of a U.S. patented article, when made by or with the approval of the U.S. patentee, does not exhaust the patentee’s U.S. patent rights in the article sold, even when no reservation of rights accompanies the sale. Loss of U.S. patent rights based on a foreign sale remains a matter of express or implied license.