Beware the Ides of March: How Surrogates Will Set Patent Policy 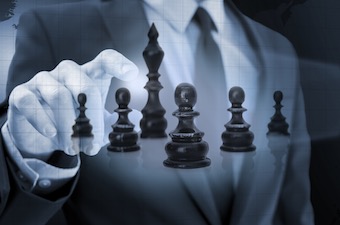 In 2008 Mark Lemley supported Barack Obama and Ed Reines supported John McCain in their respective presidential campaigns. Lemley is a professor, a litigator, mediator, author, consultant and public intellectual. Reines is a law firm partner and leader in the patent litigation bar, a confidant of jurists. Both have testified under oath to Congress on patent reform and share similar views and cohorts. Each helped the Obama and McCain campaigns adopt what would become official positions in favor of creating and expanding post-grant review of issued patents by the United States Patent and Trademark Office (USPTO). Their work began to surface in March 2008 by way of surrogates speaking at public and private events focused on innovation related issues.

For all those that think that patent related issues are too mundane for presidential politics, this is a cautionary tale. No one who runs for President is ever an expert on all things, and trusted individuals who can get close to a candidate or a candidate’s inner circle can and do greatly influence policy decisions.

Both Obama and McCain campaign websites featured very similar language promoting the need for post-grant review for patents. When surrogates spoke for the campaigns they reiterated this position. In fact, during both conventions, in Denver and the Twin Cities, in 2008 there were bi-partisan panels on intellectual property issues featuring surrogates for the campaigns.

Neither Senator Obama nor Senator McCain sat on the Judiciary Committee or were visibly active in the Congressional debates on patent reform legislation. Senator Obama did co-sponsor a bill with then Senator Carl Levin (D-MI) and then Senator Norm Coleman (R-MN) on tax shelters that contained a provision on patents on tax preparation methods. Obama’s senior Senator from Illinois, Dick Durbin (D-IL), was active on patent reform and on the Judiciary Committee. So too was McCain’s junior colleague then Senator Jon Kyl (R-AZ).

Post-grant review, or PGR, had been debated vigorously since 2005 and in part as an attempt to revamp inter partes reexamination, which was created in the 1999 American Inventors Protection Act (AIPA). Congress has been debating the concept of USPTO review of issued or granted patents since the 1950s. Congress really got into it in earnest for the first time during the Carter and Reagan administrations with the creation of ex parte reexamination. Inter partes reexamination suffered from focusing only on small portion of issued patents, from a patent bar that took years to come up to speed on the new option to challenge patents, from litigators who opposed its use and an exceptionally long process that frequently outlasted patent litigation.

Once Obama won the election in November 2008 his campaign website became the President-elect website and was managed by his transition team. The post-grant review position from the campaign remained the same. And some of the surrogates speaking out during the campaign became co-chairs of the intellectual property committee for the transition team. Then in January 2009 after the swearing in of Obama as President, the post-grant review content from the campaign and President-elect websites appeared on the official White House website.

After a few months the digital media savvy Obama administration expanded the content, sophistication and reach of the White House website, promoting many innovation related policies. By the end of 2009 the Obama’s administration had fleshed out an innovation policy team led by USPTO Director David Kappos working with Congress on the ongoing debate on the patent reform bill including strong support for the post-grant review provisions. This was a contrast to the official work of the President George W. Bush administration which openly expressed concerns about PGR. By then the debate had morphed from the first and second window of post-grant review and the acronym “PGR” to a post grant review during the first nine months from grant coupled with an inter partes review or “IPR” for the duration of the patent’s life. Then in early 2011 as the patent bill was at a point of inevitability the second window came back in the form of the covered business method (“CBM”) review focused on challenging financial services related patents.

The America Invents Act (AIA) became law in 2011 and we’ve seen the USPTO implement PGR, IPR and CBM.   Despite the rapid adoption of challenges to granted patents at the USPTO court litigation continues. Reports this year on court litigation trends for 2015 indicate that federal court litigation is on the rise and in parallel to the ongoing growth in petitions filed at the USPTO’s Patent Trial & Appeals Board, and at a time when software patents are in decline thanks to the US Supreme Court’s 2014 decision in Alice v. CLS Bank.

Does this mean the surrogates failed? Or did they succeed? Or is the jury out?

The surrogates did at least increase the emphasis on having some form of post grant challenge procedure in the bill that would pass Congress and be signed into law. During the 2005-2008 debate in Congress PGR, especially second window PGR, proved controversial. This controversy was so substantial that it helped to stall the legislation in the Senate even after a decent vote in the House in support of the bill.

In 2016 we are likely to see surrogates active again promoting patent issues to be added to or bolstered in the current patent litigation abuse reform bill lingering in Congress. Much more money has been spent on patent reform since the AIA and with litigation unabated. Clearly, patents remain valuable assets, or at least proxies for larger business or political battles, which are also increasingly global.

While the campaigns today may not spend many bytes on patent policy soon enough surrogates will be convening at events around the country to discuss innovation policies. Immigration, net neutrality, surveillance, tax, trade and others will join intellectual property issues like patent reform on the menu.

As these meetings unfold watch carefully and take notice of the surrogates. Those surrogates that have the strongest followings, prior government service, and or potent clients will provide key clues for which direction the new Administration will take, regardless of which candidate prevails in November. The surrogates with the strongest backing, whether as the result of political following or client base, will likely in some way be involved in the transition teams. Involvement in the transition teams is particularly important because it is these teams that will be advising the President-elect on who should serve in the next administration.

If innovation policies or broader tech issues matter the time to get involved is now. As the field of candidates continues to narrow it will become increasingly more difficult, and more costly, to influence policy.