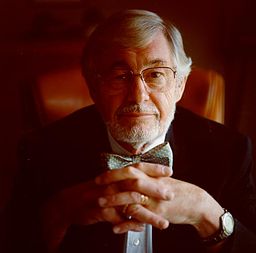 There are 15 million Americans who have undergone dental procedures to implant crowns or bridges meant to fix gaps in their teeth or replace broken teeth, according to the American Academy of Implant Dentistry (AAID). About 500,000 new patients are outfitted with dental implants every year and scientific literature reports a 98 percent success rate for these procedures. By 2022, the AAID reports that the combined market in the U.S. and Europe for dental implants should reach $4.2 billion.

This January 29th marks the 25th anniversary of the issue of a seminal patent in the field of dental implants, one that helped its inventor find a place in this year’s class of inductees to the National Inventors Hall of Fame. The induction ceremony in May will see Swedish physician and anatomy professor Per-Ingvar Brånemark added to the list of innovators who are honored in the halls of that institution.

Prior to the modern dental implant, dental prostheses had been developed and implemented with varying degrees of success. Evidence suggests that the use of dental devices goes back to the days of the ancient Egyptians in 2500 B.C., when gold ligature wire was perhaps used to stabilize teeth. Around 300 A.D., Phoenicians began crafting dental implants out of ivory, while Mayans began implanting shells as teeth around 600 A.D. From the 1500s to the 1800s, dentists in Europe would replace teeth with those collected from cadavers or the poor. Through the earlier parts of the 20th century, implants which utilized orthopedic screws were being used in dental procedures.

The discovery that finds Brånemark’s invention being honored by the hall of fame is that of osseointegration, or the integration of an implant directly into a living bone and secured in place by the formation of bony tissue around the implant. Osseointegration can occur using certain ceramic or metal materials and is the foundation of almost all modern day dental implants as well as other areas of reconstructive surgery.

As is often the case with scientific discoveries, the discovery of osseointegration was an unintended consequence of an experiment meant to study a completely different phenomenon. In the early 1950s, Brånemark was conducting research into the activity of blood flow in rabbits which involved affixing a titanium implant chamber to a rabbit’s bone, although it was Brånemark’s intention to later remove the implant chamber from the rabbit. When he tried to do so, however, he found that the bony tissue surrounding the implant had integrated with the titanium and made it impossible for the unit to be removed from the bone. Although he had set out to discover how blood flow aids in bone healing, he realized that he may have found a way to create dental implants that could be tolerated by the human body for years.

This was a discovery that was tough for the medical world to accept for quite some time. His dental implant was not approved by the National Board of Health and Welfare in Sweden until the 1970s, two decades after Brånemark’s first scientific revelations in the field. It was a widely held belief among the upper echelons of the medical field that any foreign material implanted into the human body would cause inflammation leading to rejection of that implant. For his part, Brånemark tried to assuage the judgement of medical scientists by placing titanium implants in about 20 student volunteers to conduct safety testing. However, the course of time would prove the Swedish physician to be correct and many have noted how the implants of Brånemark’s first patient, who received implants in September 1965, survived until that patient died about forty years later.

It was about forty years after the discovery of osseointegration when Brånemark was issued U.S. Patent No. 4988299, entitled Implant Fixture for Tooth Prosthesis. This patent protected a fixture intended for implanting and anchoring in bone tissue to support a prosthesis, the fixture having a surface layer of material compatible with the bone tissue, a lower shaft portion having a core diameter with external threading which is screwed into a hole drilled in bone tissue and an upper smooth neck portion above the lower shaft portion which has a substantially cylindrical head portion at the top of the neck portion. The invention is specifically designed in order to address issues of bone retraction that can occur after the installation of a dental fixture.

The Brånemark dental implant system, which continues to be marketed by Swiss medical device manufacturer Nobel Biocare, utilizes screws which range in diameter size from 3.3 millimeters (mm) to 5.5 mm. Restorative components utilized in the Branemark system are direct components meant to facilitate restoration and connected directly to the implant, and then indirect components providing overdenture attachments, bar systems and subgingival tissue extensions to improve the appearance of the completed restoration.

Although Brånemark focused heavily on the impacts that osseointegration would have in the field of dental implants, the larger medical world has been developing ever more applications for the bone implant technique. Currently, at the University of California San Francisco (UCSF), there are tests underway for a lower limb prosthesis that snaps onto a post which has been implanted onto a leg bone using osseointegration techniques. This system has been pioneered by Dr. Rickard Brånemark, Per-Ingvar’s son who developed this particular technology at the University of Gothenburg in Sweden. Compared to the conventional cup implant system, which attaches to the exterior of a subject’s amputated limb, the implantable post supports a wider range of motion and is expected to cause less pain to patients. The use of osseointegration instead of cup implants also reduces the swelling, sweating and other negative impacts caused by keeping a large area of the body tightly covered to use a prosthesis. This January marked the first time that doctors working at Johns Hopkins University were able to use osseointegration to attach a modular prosthetic limb developed at the college’s research facilities; it was also the first time that an American patient underwent both osseointegration and targeted muscle reinnervation. Given the recent developments in bionic limbs with greater ranges of motion and better stability, osseointegration may have a much larger role to play with many people who have suffered lost limbs.

Per-Ingvar Brånemark did not live to see his induction into the National Inventors Hall of Fame; he passed away in December 2014 at the age of 85. He did, however, live to see his invention implantation system, which was originally so widely derided, become a standard medical procedure. He also received honors from the medical and engineering fields in his lifetime, earning a medal in technological innovation from the Swedish Engineering Academy and a European Inventor Award for Lifetime Achievement from the European Patent Office in 2011.