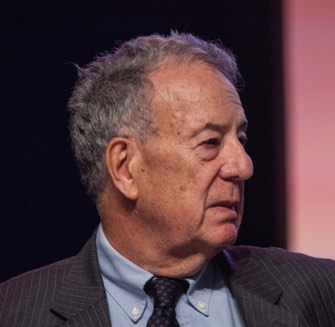 Earlier this week the United States Court of Appeals for the Federal Circuit issued a decision in Ethicon Endo-Surgery, Inv. V. Covidien LP, an appeal from the United States Patent and Trademark Office (USPTO), Patent Trial and Appeal Board (PTAB). The genesis of the dispute arises as the result of a Covidien inter partes review petition challenging claims 1–14 of the U.S. Patent No. 8,317,070 (“the ’070 patent”), which is owned by Ethicon. The USPTO, through a panel of the PTAB, granted the petition. On the merits, the same panel found all challenged claims invalid as obvious over the prior art.

Ethicon appealed to the Federal Circuit, asserting that the PTAB’s final decision is invalid because the same Board panel made both the decision to institute and the final decision. Ethicon also asserts that the Board erred in finding the claims obvious.

The Federal Circuit, in an opinion by Judge Dyk who was joined by Judge Taranto, first held that 35 U.S.C. § 314(d) did not preclude the Court from hearing Ethicon’s challenge to the authority of the Board to render a final decision. On the merits the panel held that neither the statute nor the Constitution precludes the same panel of the PTAB that made the decision to institute inter partes review from making the final determination. The Federal Circuit also found no error in the Board’s determination that the ’070 patent claims would have been obvious over the prior art. Judge Newman dissented.

Ethicon challenged the final decision of the Board because it was made by the same panel that made the decision to institute inter partes review. As a preliminary matter the USPTO argued that the Federal Circuit could not even consider this question because 35 U.S.C. 314(d) bars consideration on institution decisions on appeal. Section 314(d) provides that “[t]he determination by the Director whether to institute an inter partes review shall be final and nonappealable.”

The Federal Circuit ruled that Section 314(d) does not prevent the court from considering the question raised by Ethicon. Ethicon was not challenging the institution decision, but whether a defect in the final decision was created as the result of the institution decision being made by the same panel as decided the merits. The Federal Circuit concluded that Section 314(d) “does not prevent us from hearing a challenge to the authority of the Board to issue a final decision.”

Thus, the substance of the decision to initiate on the merits cannot be appealed, but the mechanics, or more broadly the subject matter jurisdiction, may be appealable.

Ethicon argued that having the same panel make the decision to institute and then later decide the merits of the inter partes review raises serious due process concerns. Ethicon explained the concern by pointing out that the PTAB is first exposed to a limited record consisting of the petition and patent holder’s preliminary response, which means that the panel may prejudiced before seeing a full record, thereby depriving a patent holder of impartial decision makers.

The USPTO argued that having the same panel, or individual, involved in the initial initiation determination and merits determination is appropriate in the interest of efficiency. To the contrary, Ethicon made the argument that constitutional principles of justice and fair play require that the decision to institute be made by a separate panel.

The Federal Circuit turned to the Supreme Court’s decision in Withrow v. Larkin, 421 U.S. 35 (1975). In Withrow, the question was whether a physician’s due process rights had been violated by a state medical board’s suspension of his license when the same board both investigated, and then later adjudicated, the issue. The Supreme Court held that there was no due process violation, finding that combining the investigative and adjudicatory functions in a single body does not raise constitutional concerns.

The Federal Circuit went on to say that the Supreme Court has never held that combining this series of functions has raised a constitutional concern, and also noted that district courts have also rejected similar due process challenges.

The Federal Circuit went so far as to say that PTAB judges are owed a presumption of honesty and integrity, and to support a challenge actual bias must be demonstrated. To demonstrate actual bias the challenger must show the PTAB was exposed to unofficial, extrajudicial sources of information.

Ethicon also argued that the statute prohibited the decision to institute being made by the merits panel. Ethicon argued that because Congress (1) specifically gave the Director the power to institute, see, e.g., 35 U.S.C. § 314(a), (2) did not explicitly give the Director authority to delegate the institution decision to the Board, and (3) gave the Board the power to make the final determination.

In dissent, Judge Newman did not agree with Judges Dyk and Reyna that the statute is silent on the issue of separating initiation and merits decisions. To the contrary, she thinks the statute is rather clear and specific in the delineation of duties. Judge Newman succinctly stated:

The statute requires that these proceedings be separated, the first decision required to be made by the Director, and the second decision made by the Board. This court has now endorsed proceedings in which the Board makes both decisions. This procedure cannot be reconciled with the statute.

Judge Newman went on to point out that the statutory design is to practically force institution decisions because they are made quickly, on limited information and they are not appealable. She wrote:

The Director’s institution decision carries a different burden of persuasion, is decided on limited submissions before trial, and is barred from appeal. In its implementing regulations, the Office excludes all substantive evidence from the patent owner’s preliminary response, including expert declarations or other rebuttal evidence. 37 C.F.R. § 42.107(c). Thus the statutory structure favors institution, for the overarching purpose is to provide a forum for early, expeditious review of granted patents.

Judge Newman concluded by saying that in order to restore confidence in the reliability of patents as “investment incentives” the USPTO must conform the inter partes review process to the statute. Not surprisingly, I concur with Judge Newman.

The only piece of good news from this case is that Judge Dyk and Judge Reyna agreed that they had the authority to consider whether it is a constitutional deprivation of due process to have the same panel decide institution and merits despite the presence of Section 314(d). It is sad that it has come to this, but the Federal Circuit even considering this challenge in passing is a slim victory. What a sad commentary about how far the pendulum has swung in an anti-patent direction.