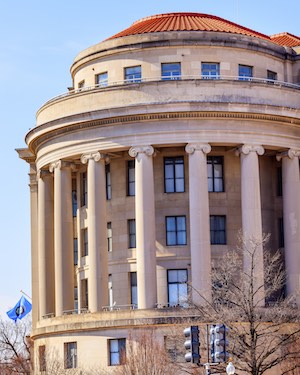 The report summarizes data on patent settlements – which can arise between brand and generic drug companies – filed with the FTC and the Department of Justice during FY 2014 under the Medicare Modernization Act of 2003. Generic drugs often cost less than brand drugs, helping to make medicines affordable for millions of American consumers and to keep health care costs down.

“Consumers are better off when there is more competition from lower-priced generic medicines,” said Debbie Feinstein, Director of the FTC’s Bureau of Competition. “So although it is too soon to know if these are lasting trends, it is encouraging to see a significant decline in the number of reverse payment settlements.”

The number of these potentially anticompetitive deals has fallen significantly following the Supreme Court’s landmark antitrust decision in FTC v. Actavis in 2013. The total number of such deals filed with the FTC has dropped to 21 in FY 2014 from 29 in FY 2013, and 40 in FY 2012 prior to the Actavis ruling. The FTC staff report for FY 2014 represents the first annual snapshot of such deals following the Actavis decision.

In its Actavis decision, the Supreme Court held that a branded drug manufacturer’s reverse payment to a generic competitor to settle patent litigation can violate U.S. antitrust laws.

Also since the Actavis decision, the FTC announced a $1.2 billion settlement resolving its antitrust suit against Cephalon, Inc. for allegedly illegally blocking generic competition to its blockbuster sleep-disorder drug Provigil.

According to the staff report, although the number of filed settlements increased slightly – 160 in FY 2014 as opposed to 145 in FY 2013 – the number of potential pay-for-delay agreements decreased.

Of the 21 potential pay-for-delay settlements, 11 involved generics that were so-called “first filers,” meaning the companies were the first to seek FDA approval to market a generic version of the branded drug, and, at the time of the settlement, were eligible to market the generic product for 180 days without competition from other non-first filing generics. Under FDA regulations, when first filers delay entering the market, other generic manufacturers cannot enter, which can make these first-filer patent settlement deals particularly harmful to consumers.

According to the report, the vast majority of these patent disputes – more than 80% – were resolved without compensation to the generic manufacturer or without restrictions on generic competition. For further analysis of the report findings, read “Is FTC v. Actavis Causing Pharma Companies to Change Their Behavior?” in our Competition Matters blog.