Game of Thrones, Interstellar and Drake among 2015’s most pirated digital media 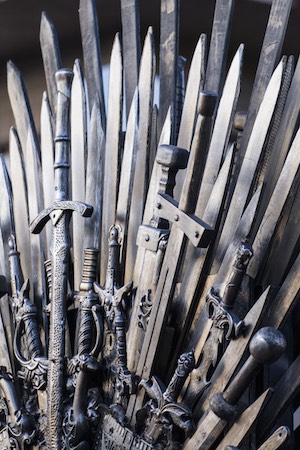 Unfortunately for those owning copyrights to popular pieces of music, television and film, digital piracy was alive and very well during 2015. File sharing activities were estimated to reach about 797 petabytes during 2015, according to data from the Cisco Visual Networking Index; one petabyte equals about one million gigabytes. While it’s not clear that all of that data represents pirated material, it can be safely assumed that piracy makes up a significant portion of that total. A 2015 report on the state of digital music issued by the International Federation of the Phonographic Industry (IFPI) indicates that 20 percent of home-based broadband Internet users regularly access music services offering copyright infringing tracks.

In late December, the online file sharing publication TorrentFreak posted statistics regarding the top television shows in terms of illegal downloads. Not surprisingly, the incredibly popular HBO television series Game of Thrones was the most pirated TV show with 14.4 million downloads, far outpacing its TV viewership of 8.1 million American viewers. Game of Thrones also has the distinction of breaking the all-time record for most simultaneous peer shares via torrent with 258,131 peers engaging in simultaneous shares. Second-place among pirated shows was claimed by The Walking Dead, downloaded 6.9 million times but with 15.8 million U.S. viewers. In third-place was The Big Bang Theory, downloaded 4.4 million times while enjoying 18.3 million viewers during 2015.

German-based copyright detection firm Excipio has released data regarding the most pirated films of 2015. Perhaps because of its late-2014 release, the film Interstellar took the top place among pirated major motion pictures with 46.8 million downloads. The second-most pirated film of 2015 was Furious 7, which was downloaded 44.8 million times, followed by Avengers: Age of Ultron, which had 41.6 million shares. These illegal download totals are much greater than the more than 30 million times that The Wolf of Wall Street, the most pirated film of 2014, was downloaded during that year.

Although music piracy continues, it appears to be going along at a much slower clip than illegal downloads of films or TV shows. In the two days after Swedish file sharing website The Pirate Bay relaunched in January of last year, not a single one of the top 100 files shared through that website were music files. In October, sports and entertainment analysis blog SeatSmart reported statistics indicating that the most pirated genre of music is rap, at least when looking at illegal download figures for the top 10 albums in each genre. The Drake album If You’re Reading This, It’s Too Late was downloaded more than 350,000 times, although DS2 by Future, released a few months after Drake’s album, leads in terms of number of illegal downloads each day.

Our recent coverage of the extradition case of Megaupload founder Kim Dotcom shows us that copyright enforcement is in greater focus for law enforcement. Despite this, it would not be at all unusual to see continued piracy of copyrighted works increase during 2016. There seems to a growing belief on the part of many that original works should be free and copyrights are to be be ignored.