Portfolio Management: A Reassessment May Be In Order 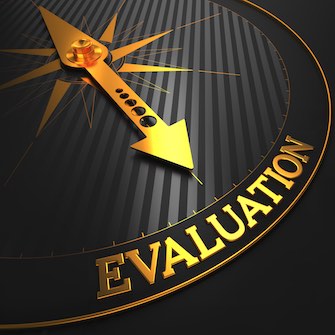 There is, at present, a television series entitled “Hoarders”, which follows the lives of individuals who are pathologically incapable of discarding anything. Once an item comes into their possession, such individuals develop an unreasonable emotional attachment to it. As these possessions, many of which are viewed by others as worthless, continue to accumulate, they become both a health and safety hazard to the hoarders and those about them until some concerned party, typically a family member or a governmental authority, intervenes.

Much the same problem is found in some managers of patent portfolios. They collect and maintain patents, some of which have little or no value, to the extent that they endanger themselves and those with whom they are economically related.

WHY PATENTS ARE ACQUIRED AND MAINTAINED

Patents may be acquired for a variety of reasons:

No matter the reason(s) for their acquisition, patents must be maintained, i.e., periodic maintenance fees must be paid. These fees increase as a patent ages and may constitute a considerable expense. Note, therefore, a patent that is not performing (providing an economic return) and that is not reasonably expected to perform in the future is not an asset; it is a liability.

Among the most noteworthy changes in the law:

INERTIA AND LACK OF OBJECTIVITY

It would seem obvious that those patents which are neither performing nor reasonably likely to be of significant value in the foreseeable future should be identified as a first step in determining a proper course of action. Yet, all too often, this is not done.

There are two basic reasons for this failure: inertia and a lack of objectivity on the part of the portfolio manager. Inertia is the well-known tendency to avoid making decisions. Once a decision has been made, it is not revisited.  Lack of objectivity is closely related to inertia. It is essentially an unwillingness to acknowledge a mistake or to acknowledge that circumstances have changed in some unforeseen manner. In either case, inertia or lack of objectivity, the effect is the same: a patent is treated as if its value remains fixed at the cost of acquisition. No thought is given to the possible effects of changes in the law on the value of the patent. There is no perceived need for a periodic reassessment of value.

COSTS OF THE FAILURE TO REASSESS

There are, of course, costs incurred in reassessing or revaluing a patent. However, the costs of failure to reassess may well be greater. The most obvious cost of such failure is continued payment of maintenance fees in respect of essentially worthless patents. Closely related to this are the costs of continued prosecution of patent applications which are unlikely to issue as patents or, if a patent does issue, it would be of little or no value. In portfolios of hundreds, if not thousands, of patents and patent applications, the total of these wasted maintenance fees and prosecution costs may reach truly impressive heights, absorbing funds urgently needed elsewhere in the business.

Clearly, patent portfolios should be reviewed periodically and, most importantly, objectively. Yet, for the reasons stated above, the requisite objectivity is hardly to be expected from the individuals and groups which made the original acquisition decisions. Human nature and self-interest being what they are, it is unrealistic to expect the original decision makers to admit mistakes or a lack of foresight and reverse themselves. The best source of objectivity is a disinterested outside party with broad legal, technical and business skills. Such a party can separate those patents and patent applications of value, or potential value, and those of little or no value, pruning the portfolio to restore it to health.