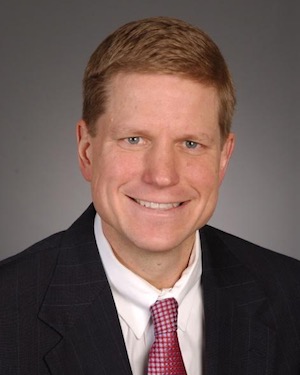 Fish & Richardson announced today that Kurt Glitzenstein has been named the Practice Group Leader (PGL) for its Litigation Group, the firm’s largest practice.  In his new role, Glitzenstein will be responsible for overseeing all aspects of the firm’s premier intellectual property and commercial litigation practice, which includes 250 lawyers in 12 offices, and which for over a decade has handled more patent litigation than any other law firm in the country.  Glitzenstein is a patent trial lawyer and Principal in the firm’s Boston office, and along with his new management responsibilities will continue his first-chair representation of numerous worldwide leading innovative companies.

Glitzenstein replaces Ann Cathcart Chaplin who served as Fish’s Litigation PGL for the past four years.  She left the firm in December 2015 to become deputy general counsel for litigation at General Motors.
“I look forward to building on Ann’s great work,” said Glitzenstein.  “It is a testament to Fish’s elite position in litigation, and our demonstrated track record of courtroom success, that Ann was recruited for one of the most important litigation positions in corporate America.  It reflects the trust that many of the world’s leading innovators place in us to handle their highest stakes litigation, because we know how to win the most technically complex and challenging cases.”
Glitzenstein, age 49, joined the firm in 1992 and became a Principal in 2000.  In 2012, he was named Chair of the firm’s alternative fee program, where he has overseen the pricing and budget management for a wide range of disputes in forums throughout the United States.
Glitzenstein plans to continue to build on the firm’s market-leading expertise in patent litigation to continue to grow Fish’s preeminent life sciences practice, and to maintain the firm’s dominant position in cases involving computers and electrical engineering, medical devices, financial services, cleantech, energy, chemistry, and consumer products.
“We remain driven to delivering exceptional strategic advice and courtroom skills, all with the understanding that our clients rightfully expect and demand business-savvy counseling with a premium on value and responsiveness,” added Glitzenstein.
Glitzenstein earned his undergraduate engineering degree from the Massachusetts Institute of Technology, where he was named to Phi Beta Kappa and Tau Beta Pi, and a master’s degree in engineering from the University of California.  He earned his law degree, magna cum laude, from Harvard Law School, where he was an editor of the Harvard Journal of Law & Technology.
Fish & Richardson is a global patent, intellectual property (IP) litigation, and commercial litigation law firm with more than 400 attorneys and technology specialists across the U.S. and Europe.  Fish has been named the #1 patent litigation firm in the U.S. for 12 consecutive years.  Fish has been winning cases worth billions in controversy – often by making new law – for the most innovative clients and influential industry leaders since 1878.  For more information, visit www.fr.com.