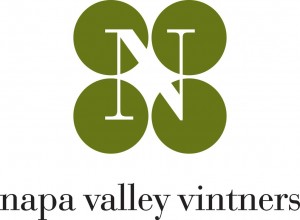 Earlier this month, Napa Valley Vintners (NVV), the nonprofit trade association that works to “promote, protect and enhance the Napa Valley appellation,” became the first wine group in the U.S. to be granted a certification mark registration.

So-called certification marks are a unique species within the trademark law, functioning to “certify” the nature or origin of goods or services, rather than merely convey the producer of those goods or services. Certification marks might, for example, indicate the geographic location where goods originate, the methods and materials by and with which goods are made, or assure consumers as to a specific level of quality. In many cases, trade associations or other groups will form to determine under what circumstances – geographic or otherwise – a certification mark might be applied to various producers’ goods or services, functioning as standard-setting organizations. Unlike regular trademark applications, successful applications for certification marks before the U.S. Patent and Trademark Office will include a statement signifying what the mark certifies and define the standards by which the organization will determine whether a producer meets the certification in question. Woolmark, for example, describes itself as “one of the world’s best known textile quality fibre brands.” Licensees whose products meet Woolmark’s “high quality standards … backed up by rigorous … test methods,” earning a WOOLMARK certification, benefit by “provid[ing] both the industry and consumers with peace of mind through quality assurance.” Certification marks, therefore, take geographical indications (like Champagne or Darjeeling Tea) one step further by signaling to consumers that producers bearing the mark are certified by an additional undertaking (whether it be materials, method, mode, accuracy, quality assurance, or relationship to region of origin).

Recognizable certification marks within the United States include BLUETOOTH SIG, ENERGY STAR, the FCC Declaration of Conformity, which mandates conformity for certain electronic equipment manufactured or sold in the U.S., the Idaho Potato Commission’s “Grown in Idaho” designation, the WOOLMARK logo designating goods that are 100 percent wool, the GOOD HOUSEKEEPING SEAL OF APPROVAL, and the orange and orange juice standards established by the Florida State Department of Citrus.

But back to wine. According to an NVV press release, the designation “will help the trade association to further protect consumers around the world from deceptive wine labeling practices.” The designation makes Napa the first American Viticultural Area (AVA) to receive such a designation. The certification, which took the trade association over five years to obtain, will help Napa Valley wine producers to better police the Napa Valley brand and protect consumers globally. According to Patsy McGaughy, Communications Director for NVV, the push grew in part out of NVV’s recognition that vintners were producing wine “in many countries, including China, South America, Spain and even here in the US, where the brand name said ‘Napa’ or a similar iteration, but the grapes were sourced from elsewhere.” In order to gain the certification mark in the U.S., NVV had to secure more than 50 written agreements from wine producers that currently use the word “Napa” to show that these trademarks were compliant with AVA standards. Agreements then had to be signed with the wine producers to demonstrate that inspection mechanisms were in place to enforce the new certification.

The new certification also means that every bottle of wine that says “Napa Valley” on the label going forward will contain a minimum required amount of grapes from the Napa Valley AVA.  The NVV had already secured similar protection in Brazil, Australia, China, Canada, the EU, India, Israel, Norway, New Zealand, Taiwan, Thailand, and Turkey.

After more than five years of effort, and after working towards the designation with over 100 wineries, Rex Stults, NVV’s government relations director, described how NVV received the news of their registration: “we’ve popped open a couple of bottles of Napa Valley sparkling wine to celebrate.”

Brian Focarino is an Associate in the trademark, copyright and advertising group at Cooley in Silicon Valley, a Young Lawyer Fellow for the American Bar Association Section of Intellectual Property Law, and [...see more]