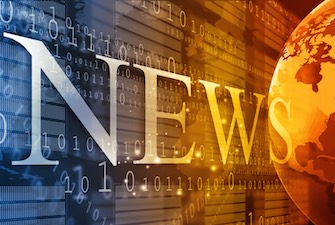 The holiday season draws nigh at the close of 2015, but at IPWatchdog we’re keeping our finger close to the pulse of recent developments in the worlds of technology and science with our latest Tech Round-Up. Yet another tech developer known for consumer electronics is getting into the autonomous vehicle market, a sign that we can continue to expect disruption for the conventional automaker model in that sector. A recent data breach settlement underscores the growing cybersecurity threat the world faces. The latest theory about alien life on other planets starts to fizzle and fade. Also, we hear some stories featuring notable names in the tech business world, including Michael Bloomberg and Elon Musk.

It’s not a move that should surprise anyone who has been following trends in autonomous, or self-driving, vehicles this year but Samsung Electronics (KRX:005930) has recently announced the creation of a new business unit dedicated to research and development into self-driving cars. The new company will focus on developing infotainment, satellite driving and autonomous navigation systems for cars, entering an automotive components and connected services market valued around $500 billion.

This is simply the latest in a string of decisions which has given Silicon Valley a much bigger voice in the vehicle development industry. Our first sign of this activity was the strong focus on automotive technologies at the 2015 Consumer Electronics Show, a trade show for electronics products which doesn’t typically feature automotive tech. We’ve been noticing car development activity throughout the year from high-tech stalwarts such as Google and Intel. Conversely, we’ve also seen car companies invest more heavily in computing technologies; a previous Tech Round-Up noted a billion-dollar investment made by Japanese automaker Toyota in American research facilities focused on artificial intelligence.

This trend in tech companies infiltrating the automotive sector may be the result of a separate theme affecting companies with a heavy focus on mobile computing, a huge consumer market that has sprung up in the past decade. Samsung is facing heavy competition from Apple, Google and others in the smartphone sector, an area where it has struggled in recent months. Apple has also had a self-driving car in the works, according to news reports. Samsung may be hoping to secure a top spot in a valuable tech sector to prop up its lagging mobile sales and the overall trend could be pointing towards saturation in the smartphone market.

One of the latest corporations to face fallout from lax cybersecurity practices is Wyndham Worldwide Corporation (NYSE:WYN), a company holding many popular hotel, resort and lodging brands. In early December, the New Jersey-based corporation settled a lawsuit filed by the U.S. Federal Trade Commission alleging improper data collection practices and poor data safeguards which have affected its customers going back to 2008.

The FTC suit arises as a result of three separate data breaches occurring over the past seven years which have led to hackers being able to access the private data of 619,000 customers. The official FTC complaint sought an injunction to establish a comprehensive information security program at Wyndham, including the conducting of annual cardholder data assessments. Annual security audits require Wyndham to certify the “untrusted” status of franchisee networks to prevent similar hacking events. Future data breaches affecting more than 10,000 customers must be reported by Wyndham to the FTC within three days.

This latest settlement caused by cyber attacks highlights a trend we’ve seen this year. Gone are the high-profile stories of malicious coders stealing millions upon millions of financial account details from retailers like Target or Home Depot. As those companies respond to data vulnerabilities, hackers often move on to mid-size or even small businesses. With the liability shift in data breaches spurred on by EMV technologies, businesses can no longer afford to wait until a data breach hits to respond with better security practices.

It’s no surprise that former New York City mayor Michael Bloomberg, a business magnate who built his wealth on his financial data company, has an interest in “big data” initiatives. One of his recent philanthropic projects is called What Works Cities and it aims to establish data practices in 100 mid-size American cities to be selected by 2017 having populations ranging from 100,000 to 1 million people with an overall investment of $42 million. The first round of cities was announced in August and includes Kansas City, MO; New Orleans, LA; Chattanooga, TN; Mesa, AZ; and Seattle, WA.

In early December, the next round of 13 cities was announced and includes such disparate locations as Anchorage, AK; Waco, TX; Cambridge, MA; Denver, CO; Las Vegas, NV; and St. Paul, MN. The vast majority of these cities will use their funding in order to improve open data practices to make city data more accessible and establish performance management programs so that mayors and city managers can better track the progress of various projects. Some of the cities will also focus on creating real-time evaluation programs for low-cost program management and even develop better contract management for better performance from contractors.

A main goal of the What Works Cities initiative is the ability to provide public officials with data-driven tools that make it easier for them to follow through on goals, helping them overcome political pressure with data-based evidence. Engagement with citizens and the accurate measurement of progress on city projects, which in turn helps citizens to hold elected officials accountable, are major philosophical pillars supporting this program. What Works Cities is just one of many charitable programs operated by Bloomberg Philanthropies, which is also active in funding arts, education, public health and environment initiatives.

September saw an unusual flurry of activity from space researchers as an anomaly in light transmission from a star known as KIC 8462852 defied explanation. The star, which is slightly brighter than our own Sun and more than 1,400 light years away from Earth, has been observed by researchers who have noted that the unusual dimming of 20 percent of the star’s light suggests that there is some kind of material orbiting the star.

While researchers studied data to find out exactly what was causing the odd emissions of light, imaginations went wild here on Earth over the possibilities of the cause. One of the more outlandish, yet still feasible, theories was that a group of solar energy collecting structures known as a Dyson swarm was surrounding the star. The implications of this would be massive, as a Dyson swarm is an exceedingly complex technology that our civilization won’t be able to realize for many, many years yet. A Dyson swarm surrounding KIC 8462852 would mean that we’ve found extraterrestrial life far advanced beyond our own technologies.

By early December, however, the SETI Institute was bringing much of this speculation to a halt with its announcement that a survey of the star using radar wave and laser pulse scanning technologies left scientists with no indication that an alien civilization exists anywhere near the star. The leading theory now pins the light fluctuations on a natural phenomenon caused by a collision of comets producing a huge amount of dust that blocks the star’s light.

In 2013, tech wunderkind Elon Musk turned heads once again by unveiling his plans for a public mode of transportation known as the Hyperloop. The incredibly futuristic transportation system, as designed, would travel 760 miles per hour, just under the speed of sound. It would run on solar energy, be safe from earthquakes and the elements and would also be more cost-effective than proposed railway construction costs. If it works as intended, it could send commuters from New York City to Washington, DC, in about 30 minutes.

Busy with other ventures like SpaceX and Tesla Motors, Musk was unable to realize his vision of implementing the Hyperloop himself. However, Musk and SpaceX are organizing a competition that drew entries from 1,200 registered teams which have submitted designs for Hyperloop plans. In mid-December, SpaceX announced that the field of entrants had been culled to 124 teams which will showcase their designs for a Hyperloop pod in front of a panel in January. Shortlisted winners will be tasked with constructing prototypes for the next phase of the competition. The competition will conclude on a weekend during the summer of 2016 when finalists will be selected to test their pods against each other on the Hyperloop test track.

Musk is not personally involved with designing the Hyperloop based upon his original plans. However, startup companies like Hyperloop Technologies, co-founded by former SpaceX engineer Brogan Bambrogan, have been picking up the baton and running with the futuristic transportation concept. The company recently reported that it had secured a testing site in Nevada of about 50 acres in Las Vegas for testing its own Hyperloop transport pod technologies. Hyperloop Technologies is also involved with research and development towards a linear electric motor to operate at speeds up to 335 miles per hour.