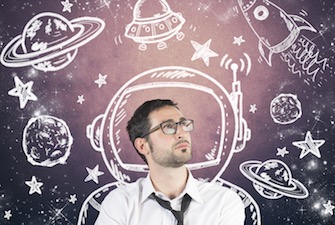 Since 1988, the Space Technology Hall of Fame has been recognizing innovation spurred by space agencies all over the world that have impacted life back here on the Blue Planet. Every year, the organization selects technologies from various industries ranging from medical to telecommunications to chemical and much more. This year, the 31st Space Symposium occurred in April, a conference culminating in the induction of two new technologies into the hall of fame, increasing the number of technologies honored in this way to 73.

The unintended positive impacts of research and development pursued in the improvement of space flight have been a topic of conversation here on IPWatchdog in recent months. In the wake of NASA’s announced three-phase plan to travel to Mars, we noted that the mission to put a man on the Moon, as well as other NASA activities, has unleashed a tremendous amount of technological development that we’re benefiting from today in ways we could have never predicted. A quick perusal of the collection honored by the Space Technology Hall of Fame puts this idea into some perspective.

One of the 2015 inductees hails from sunny Western New York, about halfway between Buffalo and Niagara Falls. Taylor Devices, Inc. (NASDAQ:TAYD) of North Tonawanda, NY, was included as a 2015 inductee, along with company president Douglas P. Taylor, for its seismic damper technology. This technology serves as a mechanism for motion control for protecting structures from the effects of earthquakes and high winds. Shock absorbers developed by Taylor Devices in the 1960s gave NASA spacecraft the ability to launch while safely dislodging the umbilicals supplying the craft with fuel and electricity during takeoff. The technology began to be incorporated into buildings and major structures in the 1990s and is now reinforcing more than 500 structures, especially in seismically-active cities like San Francisco and Tokyo.

The other inductee into the Space Technology Hall of Fame this year came to NASA by way of the German Space Agency in the 1990s. That space agency was able to develop an eye-tracking technology known as Chronos Vision that was designed to produce accurate measurements for the eye movements of astronauts while in space. The innovation is being commercialized for the field of optometry through integration into refractive eye surgery devices, about 2,000 of which have been used across the globe. Along with the German Space Agency and the Chronos Vision commercial firm, inductees for this invention include Chronos Vision CEO/CTO Dr. Friedrich-J. Baartz and former Chronos Vision CTO Dr. Andrew H. Clarke.

NASA has been involved with many of the innovations respected by this hall of fame, many of which have an impact on our daily lives. For example, thanks to NASA’s response to a tragedy that killed three astronauts when the Apollo 1 craft burst into flames in 1967 during a training exercise, we now have aircraft seats that are made from flame-resistant materials. Work at the NASA Ames Research Center in Mountain View, CA, resulted in a new encapsulation technology for aircraft seats consisting of urethane foam surrounded by a layer of fire-blocking fabric. The new seat configuration spurred regulations in fire-resistant materials by the Federal Aviation Agency in 1984, and it is estimated that the flame-resistant seat saves between 20 and 25 lives per year. The technology was inducted in 1996 and lists 16 individual inductees in the official entry.

As we’ve pointed out in other articles on NASA innovations, even the nutritional makeup of baby formula has been impacted by the work of NASA scientists. In 2009, both NASA Ames Research Center and Martek Biosciences Corporation were honored for their joint development of microalgae nutritional supplements. Work on microalgae supplements got underway in the 1980s as researchers looked into the potential use of the substances as a food supply, a waste disposal catalyst and a source of oxygen. The technology spun off from NASA led to the discovery that certain microalgae can yield essential fatty acids that, such as arachidonic acid (ARA) and docosahexaenoic acid (DHA), which were missing in conventional baby formulas. In particular, these fatty acids are beneficial to babies born prematurely or at low weights. Two individuals were also inducted for their work on this project: Dr. David J. Kyle and Henry Linsert, Jr.

Also in 2009, a NASA innovation in the field of automotive design which has led to an incredible increase in fuel efficiency in large freight trucks was inducted into the hall. In the 1970s, aerodynamics and fluid dynamics research at NASA Dryden Flight Research Center (now the Armstrong Flight Research Center) in California, and a chance stroke of inspiration on behalf of individual inductee Edwin J. Saltzman, led to the development of highly aerodynamic tractor trailers. During Saltzman’s commute to work on a bicycle, he noticed that his bike would be pushed by high-pressure air created at the front of a truck as it passed by; perhaps more dangerously, an area of low pressure created behind the truck would pull him into the road. Saltzman and Dryden engineers got to work developing a tractor trailer design which would suppress the effect of drag forces on surrounding vehicles and objects. Rounding the corners of the box-shaped cabs at the head of tractor trailers reduced drag and increased fuel efficiency, saving as much as 6,000 gallons of gas per year on tractor trailers traveling more than 100,000 miles during that year.

Safer drinking water is an area of public health for which we can in part be thankful to NASA for its development of microbial check valves (MCVs) for advanced water purification systems. Both NASA and Umpqua Research Corporation, located near Eugene, OR, were inducted in 2007 for joint research into MCVs designed to treat Space Shuttle water sources, killing microbial contaminants in water provided for astronauts. The technology even allows for the use of iodine in disinfecting water sources while removing that iodine before providing water for drinking. The system is still in use on the International Space Station and back here on Earth, it has been spun off to Water Security Corporation for commercialization. Much of the market for this technology has been in developing regions in Pakistan, the Dominican Republic and other regions that need systems for providing safe drinking water to citizens. The World Health Organization estimates that about 2.2 million people die each year from gastrointestinal infections caused by contaminated water. Seven individual inductees were involved in the development of this technology.

NASA innovations have even impacted agriculture back here on Earth with the AutoFarm RealTime Kinematic (RTK) global positioning system (GPS) developed by Novariant Corporation of Fremont, CA, in partnership with NASA’s Gravity Probe B, a relativity gyroscope experiment implemented on a satellite launched in 2004 to test Einstein’s general theory of relativity. Lifted into space to test scientific theory, the positioning system was commercialized for the robotic control of farm tractors for creating straight crop rows which are repeatable within two centimeters. The innovation both increases crop yield by making more efficient use of available space while reducing fuel costs and reducing environmental pollution. Individual inductees include Dr. Thomas Bell, Dr. Clark Cohen, David Lawrence and Dr. Michael O’Connor.

From agriculture to baby formula to automotive fuel efficiency to safe drinking water, it’s really amazing to consider the breadth of advances our world has made because of research into space travel. We don’t know what a mission to Mars will bring us in the terms of medical, communications, robotics and even more technologies, but it’s a safe bet that planet Earth can’t wait to get its hands on it.