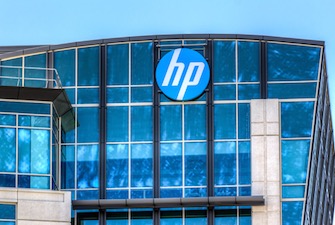 HP Inc. (NYSE:HPQ) of Palo Alto, CA, is a technology company focused on developing computing and electronics hardware like personal computers and printers. The company was formed, along with enterprise tech solution firm Hewlett Packard Enterprise Co. (NYSE:HPE), from the recent split of the Hewlett-Packard Company which took place in early November. Stock analysts were optimistic about HP Inc.’s long-term value as a better sales performance through 2016 is expected. HP is currently the top individual vendor in the server sector, where it earns 27.3 percent of that market’s total revenues.

In late November, HP released its first earnings report since the split and the results were disheartening to Wall Street, where its stocks took a tumble the day after releasing the report. HP reported total 2015 fiscal year revenues of $103.4 billion, a decline of 7 percent from 2014’s revenues. The earnings report does reflect an increased investment in research and development, where HP has increased its quarterly R&D costs up from $876 million during last year’s fourth quarter to $934 million in the most recent quarter. Part of HP’s response to poorly performing sales of personal computing electronics will 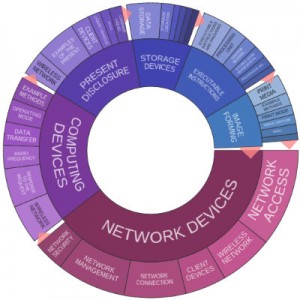 include exiting the low-end market for tablet computers by discontinuing its G2 tablet series. HP hardware will be leveraged as part of a partnership recently announced between Hewlett Packard Enterprise and Microsoft Corporation (NASDAQ:MSFT) for using Microsoft’s Azure cloud business to provide hybrid cloud deployment services to HPE customers.

Last year, the Hewlett-Packard Company, HP placed 20th out of all companies filing patent applications with the U.S. Patent and Trademark Office, earning 1,631, an increase of more than 10 percent over its 2013 results. The patent portfolio analysis tools available to us through Innography show that HP has earned 469 patents in the most recent quarter and 1,355 so far this year. The text cluster posted here shows a great deal of research and development focus on network devices and computing devices, although storage devices and executable instructions also received some attention.

Additional layers of security for authorizing print jobs that involve sensitive data are the focal point of U.S. Patent No. 9195420, which is titled Secure Print Job Through Mobile Device ID. It protects a non-transitory processor-readable medium containing instructions which are executable to receive a print input from a user on a computing device to execute a print job, receive a user selection of a secure print job option on the computing device, request a mobile device ID from the user, generate a secure key based on the mobile device ID, attach the secure key to the print job and send the secure print job to a near-field communication (NFC) enabled printer. This system would be useful, for instance, to healthcare organizations to protect patient privacy when someone requests to print patient medical records.

A novel system for transferring files between mobile device users is discussed within U.S. Patent No. 9172819, which is titled File Transfers Based on Telephone Numbers. The computing device claimed here includes a processor that activates a first user account to confirm a relationship between the user account and a first telephone number, receives a file transfer request from the first user associated with a first telephone number to a second user associated with a second telephone number during a telephone connection, identifies the second telephone number using a record of telephone calls from the first telephone number, stores the file in a storage location accessible to the second user and permits the first user to leave a voicemail for the second user. This data transfer via voicemail service is intended to improve the ability to share files with other mobile device users without having to divulge e-mail or other private information. Systems for direct device-to-device sharing of information are also detailed within U.S. Patent No. 9155117, issued under the title Directly Transferring Data Between Devices. It discloses a method for directly transferring data between devices by establishing a direct data-link connection with a first computing system to a printing device acting as a data sink and transferring data to the printing device without any interaction from any other computing device. This system enables a mobile device user to communicate wirelessly with a device which is not in the same wireless local area network (WLAN) in such a way that doesn’t drain network resources. 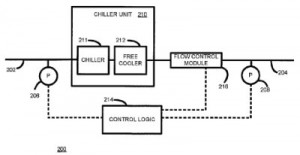 Improvements to certain components of data centers which are used to keep server equipment from overheating are reflected within U.S. Patent No. 9179580, entitled Data Center Cooler with Chiller and Cooling Tower. It protects a cooling apparatus having an outlet supplying a chilled liquid to a data center, an inlet receiving return chilled liquid from the data center, a heat exchanger downstream of the inlet providing a first cooling to the returned chilled liquid, a chiller unit with an evaporator located downstream of the heat exchanger to further cool the liquid, a pressure difference sensor measuring a pressure difference between the chilled liquid supplied and the return liquid, a pump coupled between the heat exchanger and evaporator that maintains a predetermined pressure difference between supplied liquid and return liquid, a bypass line connecting the evaporator outlet to the pump inlet, control logic that controls the chiller unit so that it cools liquid to a predetermined temperature and a liquid cooling loop circulating a coolant. This invention is designed to provide more flexibility in scaling data center operations without the expense of building a highly individualized cooling system for a particular data center.

A tool for the better visualization of thousands of network elements within a single managed network is featured within U.S. Patent No. 9185074, titled Method and System for Generating Ranges of Internet Protocol Addresses. It claims a method of generating ranges of Internet protocol (IP) addresses by applying a mask via processor to a plurality of IP address to generate a plurality of IP address groups and generating a range of IP addresses for each group based on the number of groups being less than or equal to a predetermined number of groups. This aids network managers who must monitor a large number of IP addresses in order to quickly determine network issues, such as faulty routers. 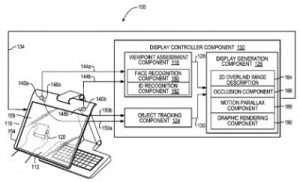 We often find top tech developers innovating in augmented reality technologies and we found an HP invention in this field, protected by the issue of U.S. Patent No. 9164581, entitled Augmented Reality Display System and Method of Display. The display system claimed here includes a display having a display screen, a viewpoint assessment component determining a viewpoint of a user positioned in front of the display screen and an object-tracking component to track the user physically manipulating an object that is an object other than the user positioned behind the display screen. This innovation is intended to improve upon conventional 3D augmented reality systems using gesture-based controls, where a user’s hand might block the user’s view of the content being manipulated.

Our recent survey of HP’s patent applications showed us another couple of technologies intended for the visualization of networked computing resources. U.S. Patent Application No. 20150280996, filed under the title Cloud Topology Visualizations, would protect a method of collecting data for a cloud topology visualization by receiving node models corresponding to cloud topology nodes from a plurality of model repositories each associated with a model-specific format and cloud provider, translating the respective model-specific format of each received node model in a generic format and sending the generic-format node models to a topology visualizer to generate a visualized cloud topology. This technique helps to visualize the connections and dependencies to nodes in cloud networks when multiple cloud providers are involved, improving a network manager’s ability to troubleshoot failures.

The visualization of the 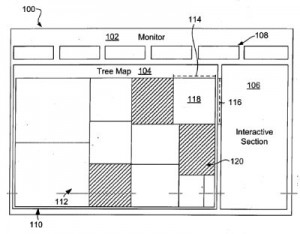 information technology utilized by an entire enterprise is the focus of U.S. Patent Application No. 20150304181, titled Visualizing Conditions of Information Technology Environments. It claims a method for visualizing conditions of information technology (IT) environments by creating a visual with an initial unit set where each unit depicts at least two types of information about current conditions in the IT environment and an interactive section, and then changing said visual in response to commands from the interactive section to reveal data about the IT environment. This visualization system is intended to improve troubleshooting techniques in IT environments which use a large number of virtual machines having no physical location.

A treatment liquid useful for the better production of digital images is outlined within HP’s filing of U.S. Patent Application No. 20150321487, which is titled Control of Printing Systems to Apply Treatment. It discloses a method to determine whether treatment is to be applied on a treatment substrate location around a substrate dot corresponding to a pixel to be printed for reproducing a digital image, the method involving selecting at least one pixel corresponding to the treatment substrate location, computing a sum of pixel values within a distance of the selected pixel, establishing whether treatment is to be applied if the computed sum is above a threshold level and generating print control data for applying treatment on the treatment substrate. This innovation is intended to increase the use of substrate dots in printing applications, which can address issues of edge sharpness or ink-treatment misalignment while reducing warping of a substrate that substrate dots can cause. 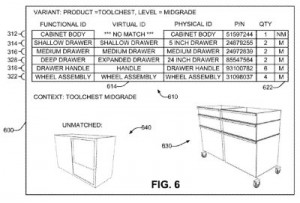 A knowledge base meant to store changes to product variants for more effective marketing is featured within U.S. Patent Application No. 20150339626, entitled Product Intelligence Engine. The product intelligence engine claimed here includes interfaces to receive asynchronously-modifiable configuration data that identifies functional parts of product variants, bill-of-materials data describing those parts and computer-aided design (CAD) data visually depicting product variant parts, a matching engine to determine matches and non-matches between the functional parts, physical parts and virtual parts, and then a visualization instruction builder generating instructions to control a visualization engine for rendering the CAD data and bill-of-materials data for the matching parts as well as helper information usable to resolve non-matches. The parts database, useful for an incredibly wide range of manufacturing industries, is capable of monitoring product changes made during a product’s lifecycle in order to quickly detect adverse side effects caused by those changes. 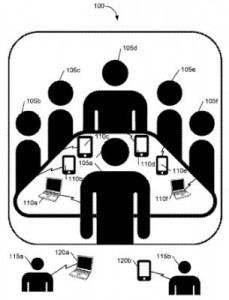 Finally, we took note of an intriguing invention meant for improving the fabrication of semiconductor components which is described in U.S. Patent Application No. 20150249318, which is titled Non-Evanescent Hybrid Laser. It would protect a non-evanescent hybrid laser including an elongated waveguide having grating deflectors defining a laser cavity, a thin-film dielectric adjacent the laser cavity and a group III-V wafer carried by the waveguide adjacent to the cavity but separated from the cavity by the dielectric. This hybrid laser satisfies a need for high-speed silicon lasers having short laser cavities using less power and providing more modulation bandwidth than conventional lasers.