Federal Circuit Review No. 78-1
Plain and Ordinary Meaning of the Term “Is Connected” Requires A Concurrent Connection

The Patent Trial and Appeal Board (Board) cancelled the claims of the patent, finding them anticipated or obvious over several references. Straight Path appealed the Board’s cancellations, challenging its construction of the term “program code for transmitting . . .a query as to whether the second [computer] is connected to computer network,” and challenging the failure of the board to construe the term “process.” 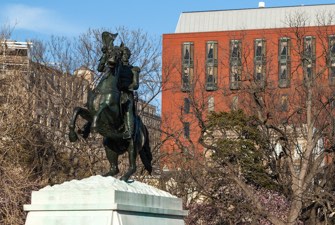 The Board construed “is connected” to mean that the computer be “active and online at registration,” even if the connection server’s database record was inaccurate, and the computer was no longer online. The Court reversed this construction, holding that the plain and ordinary meaning of the term “is connected” requires that the computer be connected to the network at the time the query is sent. The term “is” has a plain meaning, which requires concurrency. Where the claim language has a plain meaning that leaves no uncertainty, the specification generally cannot be used to infer a different meaning, absent clear redefinition or disavowal. Here, there was no such redefinition. The only support in the specification for the Board’s construction was a description of the queried computer as “established in the database as an active on-line party,” which database could be inaccurate. Since this was not a clear redefinition of the term “is connected,” it cannot be used to change the meaning of the claim language.  The prosecution history supported this view, because the assignee distinguished a reference in a previous reexamination precisely because the claim required that the queried computer be actually online, and not merely registered in a database.

The Court further rejected Straight Path’s challenge of the Board’s refusal to construe the term “process,” because the issue had not been preserved for appeal. Neither Straight Path nor Sipnet asked for a construction of “process” at the petition, post-institution, or oral argument phases of the review.

The Court remanded the case to the Board for reconsideration under the proper construction of “is connected.”

Judge Dyk filed a dissent to the Court’s conclusion that the plain meaning of “is” requires absolute concurrency. In Paragon Solutions, LLC v. Timex Corp., the Court held that a reference to “real time” did not require absolute concurrency. For example, if a person says “John is at home,” and you ask how they know, the answer “I saw him there five minutes ago” would not be unreasonable, even though John may have left in the last five minutes. Judge Dyk also argued that the Court’s claim construction is inconsistent with the described embodiments, all of which included a connection server with a database which may not be perfectly accurate. Thus, the term “is connected,” as used in the claims, should not be construed to require perfect concurrency or accuracy.