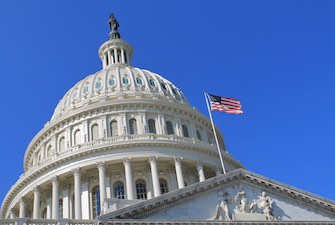 In a 2014 Heritage Foundation Legal Memorandum, I highlighted the growing problem of trade secret misappropriation faced by American business, and explained that an appropriately crafted federal law would help American victims recover damages for theft of their trade secrets, make it easier to stop thieves before they leave the country, and thereby strengthen the American economy, without undermining federalism. In light of that recommendation, bipartisan legislation currently before Congress, the Defend Trade Secrets Act of 2015 (S. 1890 and H.R. 3326), merits serious consideration.

A trade secret is business information that confers economic value on its owner by virtue of its secrecy – such as confidential formulae, proprietary industrial techniques, business and sales methods, and customer lists (the Google search engine algorithm is an example). Trade secrets account for an increasingly large portion of economic value in our high tech economy – the U.S. Chamber of Commerce recently issued a report stating that “public traded U.S. companies own an estimated $5 trillion worth of trade secrets.”

This key component of American business success and international competitiveness, is, however, beset by increasing theft due to economic espionage, much of it through electronic means, with China being the primary culprit, according to the FBI. The White House in 2013 reported that “[e]merging trends indicate that the pace of economic espionage and trade secret theft against U.S. corporations is accelerating”, and then-Attorney General Eric Holder reported in 2013 (citing a private security expert) that “there are only ‘two categories’ of companies affected by trade secret theft – ‘[T]hose that know they’ve been compromised and those that don’t know yet.’” According to a 2013 report by the independent and bipartisan Commission on the Theft of American Intellectual Property, the harmful economic impact of trade secret theft on the U.S. economy is huge – over $300 billion a year in business losses, and the loss of 2.1 million American jobs. (Additional documentation regarding the economic impact of U.S. trade secret theft may be found here.)

The Uniform Trade Secrets Act (UTSA), adopted in various forms by most states, creates a helpful private state law remedy for trade secret theft, but it has proven inadequate to protecting proprietary information in an increasingly globalized economy. For companies that operate in multiple states and have their trade secrets threatened by competitors around the world, the current patchwork of state laws is inadequate and inefficient, for at least four reasons. First, companies operating in multiple states must investigate differences among state trade secret requirements, making it costly and difficult to devise effective national plans to protect their trade secrets. Second, trade secret theft increasingly involves the movement of the secret (often instantaneously by electronic means) across state lines, creating multi-jurisdictional complications in civil discover and service of process. Federal courts, which permit nationwide subpoenas, avoid this problem. Third, trade secret cases require swift action by courts across state lines to protect a trade secret from being revealed, with individuals seeking to leave the country a particular problem. In confronting this problem, state courts lack the ability of federal courts to serve and order the detention of certain defendants. Fourth, enacting federal trade secret protection would serve as a model for more effective deterrence of trade theft in other countries. (For example, the European Commission is considering a directive providing more uniform trade secret protection across the European Union and the European Parliament is considering legislation in this area.) More broadly, by encouraging greater efforts by enforcers around the world to take on trade secret thefts that originate within their boundaries, federal legislation would promote the rule of law and respect for intangible private property rights.

First, to promote uniformity in application and benefit from state law experience, federal legislation should draw upon the language of the UTSA to the greatest extent possible. It should: (1) model its definition of misappropriation from the UTSA; (2) provide equitable remedies and the award of damages (including treble damages for willful and malicious misappropriation); and (3) provide for original jurisdiction in federal district court, but not preempt state law causes of action for misappropriation. (Victims of limited localized theft may wish to avail themselves of their state’s law, for example.)

Second, federal legislation should provide for expedited ex parte relief, in the form of a federal court-ordered seizure of property from the party accused of misappropriation, if necessary, to prevent dissemination of the trade secret (once a trade secret is broadly circulated, its value is destroyed). The law should require that ex parte relief provisions in court orders be carefully drafted to minimize disruption of third parties’ businesses, protect the seized property from disclosure, provide a remedy for wrongful seizure, and set an early court hearing to consider the propriety of a seizure order. In addition, the law should require that an applicant for an ex parte seizure show it is likely that the information in question is an improperly-seized trade secret and that immediate and irreparable injury will occur absent a seizure order, among other requirements. (The aim is to safeguard the interests of all parties affected by an order, not just the applicant.) In short, ex parte relief should ensure that appropriate relief is granted in a manner that protects the legitimate rights of all interested parties.

Appropriate federal trade secret legislation, inspired in large part by the UTSA, would not displace state law – it would complement it in a way that strengthens the economy while benefiting from state experiences in applying their textually-similar trade secret provisions. Notably, this federal-state approach is far from unique. Federal causes of action for trademark violations under the Lanham Act continue to coexist successfully with state trademark law remedies, and separate federal and state antitrust laws remain in place, with a significant degree of federal-state cooperation among antitrust enforcers.

The time for serious legislative consideration is at hand. Witnesses at a December 2 Senate Judiciary Committee Hearing highlighted the growing economic problem stemming from trade secret theft and noted the importance of a bipartisan federal legislative initiative to empower trade secret victims.

In sum, while no panacea, the enactment of measured, carefully-tailored federal trade secret legislation would provide a flexible new tool to victims of trade secret theft, help American businesses secure some of their most valuable assets, and at least somewhat reduce the burden of trade secret theft to the business community and the overall American economy. Given the seriousness of American trade secret misappropriation, Congress should carefully consider the possible adoption of such legislation, consistent with the principles outlined above.