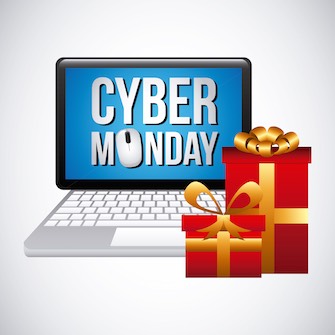 Since Philadelphia police officers began using the phrase in the 1950s to refer to the throngs of suburban shoppers descending on the city the day after Thanksgiving, “Black Friday” has grown into a nationwide phenomenon for retailers. From coast to coast, various kinds of stores offer deep discounts on just about every conceivable consumer product. This year’s holiday retail weekend was also the tenth anniversary for Cyber Monday, the Monday after Black Friday on which online retailers have been offering e-commerce deals to consumers. The early returns from the 2015 version of these retail holidays offered American businesses some mixed results, but if anything was made abundantly clear this year it is that e-commerce continues to threaten the traditional brick-and-mortar retail model.

American retailers in 2015 weren’t just hoping for positive Black Friday results; in many cases, they needed a positive holiday weekend in order to make up for grim sales results during the third quarter of this year. Many retailers, like Saks Fifth Avenue and Lord & Taylor, both owned by Toronto-based Hudson’s Bay Company (TSE:HBC), released Black Friday deals that were available ahead of Black Friday itself.

Statistics reported by the National Retail Federation (NRF) indicate that the overall number of shoppers partaking of Black Friday deals beat forecasts. The retail industry organization reported that 151 million consumers made purchases on Black Friday, which surpassed predictions of 136 million consumers which the NRF released as late as November. According to the NRF’s recent survey, more than half of all Black Friday shoppers opted to purchase items both online and in-store.

In-store sales numbers still took quite a beating during the 2015 retail holiday, according to reports. Compared to Thanksgiving Day and Black Friday shopping results from last year, 2015 saw a decrease of 1.5 percent in overall sales as well as a decline in the average amount of money spent per consumer, which dropped 1.4 percent. Conflicting reports on overall sales were published by major news outlets, however, with The Guardian writing that American Black Friday in-store sales dropped as much as 10 percent, down to $10.4 billion. Early Black Friday deals, some occurring as soon as Halloween, were cited as a reason why in-store traffic was down this year; by some estimates, as much as 60 percent of American consumers began their holiday shopping prior to Thanksgiving, the highest percentage reported by the NRF.

As bleak as the picture looked for brick-and-mortar retail, it was much brighter for e-commerce and online retail, which saw their best day ever. According to global analytics firm comScore, 2015’s Cyber Monday saw $2.28 billion in online spending from desktop computer users, the heaviest day of online spending ever recorded and an increase of 12 percent over last year’s Cyber Monday results. When including sales from mobile device consumers, Cyber Monday sales surpassed $3.1 billion.

Increased online sales for items with holiday discounts were not simply relegated to Cyber Monday, however. Retail giant Target Corporation (NYSE:TGT) set a company record with the number of online sales it registered on Thanksgiving Day driven by heavy sales of consumer electronics like Apple’s iPad or the Nintendo Wii U. Heavy online sales were also seen on Thanksgiving and Black Friday, the two days combining for a total of $4.45 billion in online retail sales and both days experiencing double-digit percentage growth in online sales compared to last year. About one-third of these sales came from mobile device users although sales registered through tablet computers declined this year. In fact, e-commerce topped brick-and-mortar sales on Black Friday itself according to the NRF, which estimated that about one million more people opted to shop online than choose to visit a physical store location to purchase goods.

This heavy migration of American consumers towards Internet retail during the holiday shopping season is something that has been presaged for quite some time and that we’ve noted in recent weeks here on IPWatchdog. We had already reported on higher levels of seasonal employment hires for Internet retail giant Amazon.com, Inc. (NASDAQ:AMZN) and United Parcel Service, Inc. (NYSE:UPS), which indicated that e-commerce sales were expected to be higher than usual this holiday season. We’ve also profiled intriguing Internet technologies innovated by retailers such as Walmart (NYSE:WMT) and eBay (NASDAQ:EBAY).

Increased Internet retail sales have been causing logistics issues across the globe. In Israel, consumers have reported online purchases coming from overseas arriving many weeks late even when customs dues were paid in a timely fashion, owing in large part to poor logistics on behalf of Israel’s postal service. By contrast, the capability shown by warehouse management software provider 3PL Central of Manhattan Beach, CA, in handling a 91 percent year-over-year increase in shipment volume among its fulfillment customers helped the firm land a $17.5 million investment from private equity firm Mainsail Partners. Domino’s Pizza, Inc. (NYSE:DPZ) of Ann Arbor, MI, a company which has widely advertised its ability to handle pizza orders via text message, offered a 10-day long Black Friday/Cyber Monday deal specifically for its digital ordering channels.

This year’s edition of Black Friday proved to be especially fruitful for Amazon, which accounted for 35.7 percent of e-commerce sales on Black Friday among all online retailers. The best-selling item on Amazon was the company’s own 7-inch Fire tablet, which sold for $35, followed by Amazon’s Fire TV streaming stick. The most popular item priced at more than $100 was the Amazon Echo smart speaker, all of which speaks to Amazon’s ability to compete as a developer of consumer electronics and not just as a retailer.

Retailers that performed poorly this Black Friday according to some analysts include Sears and Kmart, both owned by Sears Holdings (NASDAQ:SHLD). Interestingly, Internet commerce enabled a backlash to the typical Black Friday anti-consumerism sentiment that pops up among those who feel that the holiday sends an inappropriate message for the holidays. Stores that remained closed on Thanksgiving, including GameStop, Staples and Nordstrom, saw significant increases in online retail sales on that day. Outdoor equipment retailer REI closed the doors to every one of its brick-and-mortar locations on Black Friday, but that didn’t stop the store from seeing a 26 percent one-day rise in e-commerce traffic on Black Friday; REI had already seen a one-day increase in online traffic of 10 percent on Thanksgiving, further compounding its Black Friday results.