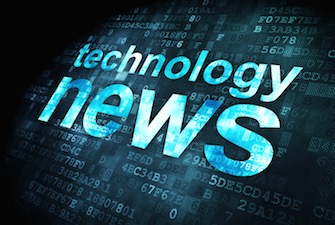 Tech news abounds from all over the sector as we get further into the holiday season. Our latest Tech Round-Up here on IPWatchdog takes a brief glance at many of the stories which have caught our attention in recent days. As he often does, Elon Musk takes center-stage in a couple of news items regarding challenges he’ll be facing in the realms of space travel as well as electric vehicles. In Europe, the first successful installation of light-based wireless Internet could be the first step in a new age of Internet connectivity. Data breaches and genetically modified foods round out our discussion of recent events in the worlds of high-tech and science.

A Space Race for the 21st Century: Bezos vs. Musk

A space race for a new generation is starting to shape up but instead of Cold War powers pitting the weight of their respective countries’ research and development might against each other, two billionaires stand alone in the boxing ring, ready to duke it out mano a mano: Elon Musk, the CEO of private spaceflight development firm SpaceX, and Jeff Bezos, founder and CEO of tech giant Amazon.com, Inc. (NASDAQ:AMZN)

This contest saw its beginnings in late November, when Amazon subsidiary Blue Origin was successful in its first landing of a reusable rocket, known as the New Shepard, at a test site in West Texas. A quick congratulations from Elon Musk, who has not been able to achieve the same feat through SpaceX, turned into a squabbling match that now has Bezos and Musk set to increase their competition in the private space sector. The first fully reusable rocket that could send multiple missions into space would go a long way in reducing the costs of space travel.

This private sector push into spaceflight development comes at a good time for NASA, which has been fighting to win Congressional support for its decades-long mission to Mars. In late October, NASA Administrator Charlie Bolden made remarks in a speech at the Center for American Progress where he spoke of a lack of interest in handling research and development among commercial entities. As he asked the crowd at that event, “Who is going to make the corporate investment that says, ‘If we depend on NASA, we’re not going to get this done.’” Bolden may have found two new and well-financed partners thanks to a flap on Twitter.

Nothing travels faster than the speed of light and in recent years that speed has been harnessed for great increases in computing power and processing speeds. The world has already been getting used to fiber optics, or the ultra high-speed transmission of data via light waves travelling along glass tubes. Now, the world is getting its first taste of “li-fi” Internet, a form of transmitting data through light waves emitted by light bulbs that could be installed throughout an office or building.

As a method of transmitting data, it’s as much as 100 times the speed of traditional wireless Internet, or wi-fi. Velmenni, an Estonian tech company, has been popping up in the news thanks to its successful installation of its Jugnu smart LED bulbs capable of transmitting data at speeds up to 1 gigabyte per second. In lab settings, li-fi data transmission has shown the ability to send files and data at speeds up to 224 gigabytes per second.

Li-fi technologies were first pioneered at the University of Edinburgh by professor Harald Haas, who was able to discover a way of transmitting data through visible light at frequencies between 400 terahertz and 800 terahertz. Li-fi can handle 10,000 times the bandwidth of wireless connections, making it a strong contender to help usher in the Internet of Things. Drawbacks to li-fi include the fact that walls stop light, which means that one li-fi-enabled bulb needs to be installed in each room. Also, for outdoor applications, weather conditions like fog or rain could have a negative impact on performance.

On November 19th, the U.S. Food and Drug Administration issued its first-ever approval to allow a genetically modified animal to be sold to U.S. consumers. The FDA approved a genetically modified salmon created by AquaBounty Technologies of Maynard, MA, known as the AquAdvantage Salmon. The GMO salmon takes advantage of a unique rDNA construct which introduces a trait allowing the salmon to grow faster. Although the fish can be sold in American grocery stores, it cannot be grown in American waters and production is currently relegated to fisheries in Canada and Panama.

The recent FDA decision has already inspired a spate of confused panic among American consumers, retailers and others who worry about potential long-term risks of genetic modification. Although the science behind those concerns is still pretty hazy, another more concrete concern is that the increased foreign production of salmon could hurt Alaska and other states with healthy salmon industries. On the other hand, some in the Alaskan salmon industry feel that the industry could make gains if consumers opt for wild salmon based on labeling or quality concerns.

Despite consumer concerns, the FDA typically doesn’t require GMO plant crops, including corn and soybean, to be labeled as a genetically modified product. The agency maintains the stance that there is no valid scientific information related to GMO foods which point to safety or health concerns. In recent weeks, the FDA has issued voluntary guidelines on best practices for labelling foods based on whether or not they contain genetically modified ingredients. According to at least one survey, some 90 percent of Americans would like GMO labelling on genetically modified foods to be made mandatory.

Spaceflight is not the only area of technological development where Elon Musk has seen his positioned threatened in recent weeks. In early November, the company announced its decision to build a $1 billion factory in the United States in order to produce an electric vehicle (EV) that will compete with Tesla Motors Inc. (NASDAQ:TSLA) The company, which has 400 employees and is a subsidiary of a Chinese company, has been very secretive about its current situation and hasn’t even unveiled the name of its CEO.

Faraday will have quite the mountain to climb in its quest to challenge Tesla, and not simply from the standpoint of being more energy efficient. In late October, Consumer Reports declared that the Tesla Model S P85D sedan broke its ratings system, scoring higher than any car ever has because of both its efficiency as well as its performance; the newest Model S can accelerate from 0 miles per hour to 60 mph in 3.5 seconds. Tesla has also been active in fixing production issues and told its customers that it has reduced reliability issues in its vehicles by half.

Although electric vehicle sales were down this year for some top manufacturers, the field is becoming more crowded with models such as the Chevrolet Volt and the Nissan Leaf. Nissan Motor Co. (TYO:7201) is also reportedly working on electrical grid integration technologies that would allow its charged electric vehicles to serve its customers as portable batteries as well as vehicles. Although American automakers including Tesla and General Motors Company (NYSE:GM) are heavily involved in EV development, statistics reported by the Chinese Association of Automobile Manufacturers indicate that China’s electric vehicle market will likely outstrip demand by American consumers this year.

In what can only be described as a nightmare scenario for most parents, Hong Kong-based electronic learning toy developer VTech (HKG:0303) announced that poor password encryption techniques were leveraged by hackers to steal information from more than ten million accounts in November, including data from 6.4 million children’s accounts. Hackers stole name, gender and date of birth information from child accounts and IP address, e-mail address, mailing address and password information from adult profiles. There are reports that images of children and parents that were uploaded to VTech’s Learning Lodge app store were also stolen.

The data breach specifically targeted users of VTech’s Learning Lodge as well as those using the Kid Connect platform, a smartphone app which parents use to exchange messages with their child. VTech has already announced that it has retained the services of a cybersecurity response firm to prevent future attacks. VTech is reportedly cooperating with law enforcement agencies across the globe who are providing further investigation of the breach. VTech also suspended service of both Learning Lodge and Kid Connect in response to the discovered cyber attack.

Data breaches threatening business interests have been a real concern for companies of all sizes in recent years, but as we’ve reported ourselves here on IPWatchdog in the lead-up to the 2015 holiday season, a large number of companies conducting digital transactions do not have effective security measures in place. A study released by global information services firm Experian indicates that although 81 percent of companies have a basic data breach response plan, only about one-third of company executives think that those plans are effective. American consumers will receive more notice regarding data breaches if Congressional action towards finalizing a cybersecurity information sharing bill turns out to be fruitful.