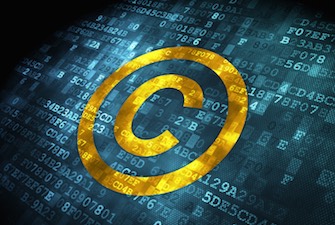 The U.S. Copyright Office has just released its latest round of exemptions to the Digital Millennium Copyright Act (DMCA), the 1998 law governing the protection of copyrighted materials with respect to digital technologies and the Internet. The DMCA criminalizes acts of circumventing digital rights management (DRM) tools employed by software developers which, for instance, are designed to prevent someone from copying a video game or jailbreaking a game console to play unlicensed games.

Provisions of the DMCA enable a triennial exemption period so that the Copyright Office can make recommendations to the Librarian of Congress for issuing rules exempting certain classes of works from penalties that would otherwise ensue from circumventing DRM in order to pursue lawful, noninfringing uses of the technology. Those exemptions last for a period of three years.

The most recent period for public comments on proposed exemptions was more hotly contested than usual in an industrial sector which the high tech world is quickly infiltrating. This July, we reported on backlash drawn by both John Deere (NYSE:DE) and General Motors (NYSE:GM) for their efforts against allowing copyright exemptions in the case of DRM utilized in electronic control units (ECUs) found in their vehicles. Vehicle manufacturers pointed out that car owners could gain access to ECUs for altering software systems that control emissions, circumventing U.S. Environmental Protection Agency regulations, or alter code in a way that leads to unsafe malfunctions. Critics of this point to a long history of American car owners tinkering with their own vehicles in a way that makes them perform better on the road. Agricultural and farm workers also contended that they have the right to modify vehicle parts and make repairs on their own without having to call on a licensed technician.

The exemptions proposed by the Copyright Office address this class of exemptions head-on in a way that seems to address issues raised by either side in this argument. The final rule adopted by the Librarian of Congress reads:

“Computer programs that are contained in and control the functioning of a motorized land vehicle such as a personal automobile, commercial motor vehicle or mechanized agricultural vehicle, except for computer programs primarily designed for the control of telematics or entertainment systems for such vehicle, when circumvention is a necessary step undertaken by the authorized owner of the vehicle to allow the diagnosis, repair or lawful modification of a vehicle function; and where such circumvention does not constitute a violation of applicable law, including without limitation regulations promulgated by the Department of Transportation or the Environmental Protection Agency; and provided, however, that such circumvention is initiated no earlier than 12 months after the effective date of this regulation.”

Although some are saying that this rule represents only a partial victory for proponents of the automotive software copyright exemption, it seems like that side did score some important concessions in this exemption. Not just agricultural workers but all vehicle owners have the right to circumvent DRM in order to perform vehicle diagnostics and make repairs themselves. Owners cannot adjust the ECUs controlling telematics or entertainment systems as that could give some hackers access to proprietary content they would otherwise have to purchase. The Copyright Office did address Deere and GM’s concerns about circumventing vehicle regulations by expressly stating that vehicle software alterations cannot violate U.S. Department of Transportation or EPA guidelines. The rules do not include exemptions for third parties undertaking repairs on behalf of an owner, however, so the onus of repairing the vehicle really does fall on the owner.

Automotive software exemptions were only one class of circumvention made allowable by the recent copyright rules which may be exciting for some DIY tech enthusiasts. Jailbreaking, or the process of accessing a device’s operating software to execute software which otherwise could not be run, is now legal in some limited forms for an array of electronic devices. For smartphones and tablets, the Copyright Office favored an exemption for circumvention of operating system software to execute lawfully obtained software applications, or to remove unwanted software from the device. This exemption only applies to “portable all-purpose mobile computing devices” and so only doesn’t extend to specialized devices like e-book readers, vehicle-embedded systems or handheld gaming devices. This rule closely reflects requests made in a petition by the Electronic Frontier Foundation (EFF) despite opposition from the Business Software Alliance (BSA) as well as the National Telecommunications & Information Administration’s (NTIA) opinion that the exemption should also extend to e-book readers and other specialized devices. Smart television owners have also been given more freedom in jailbreaking those devices thanks to a proposed exemption filed by the Software Freedom Conservancy (SFC). The SFC’s petition noted that this would allow smart TV owners the greater ability to alter accessibility features like closed captioning or display features like aspect ratio.

The Copyright Office’s friendly attitude towards mobile device unlocking, or the circumvention of access controls on wireless devices to get the device to connect to another mobile carrier network, continues into this triennial exemption period as well. Smartphones, tablets, phablets and wearables which are used, meaning that the device has been lawfully acquired after having been previously activated on a carrier’s mobile telecommunications network, can be altered in this way thanks to the Copyright Office’s latest recommendations. The exemption is drawn up in such a way that is intended to enable charities and commercial enterprises like bulk recyclers to conduct legitimate business while preventing illegitimate trafficking of mobile devices which occurs when individuals purchase new devices and then unlock them for resale.

Video games and related consoles, viewed by the Copyright Office as specialized devices, don’t typically see the same level of DRM exemptions enjoyed by all-purpose computing devices. The office did grant, however, an exemption on video games requiring connection to servers which have been abandoned by game developers. The proposal for this exemption was filed by the EFF jointly with Harvard Law School student Kendra Albert and sought to enable video game owners who play a game for which the multiplayer server has been abandoned by circumventing access controls restricting access to other multiplayer matchmaking servers. Opposition from the Entertainment Software Association (ESA) and Joint Creators, representing the ESA, the Motion Picture Association of America (MPAA) and the Recording Industry Association of America (RIAA), helped reduce this exemption so that video game owners can only restore a game for access and play on a personal computer or video game console. The exemption does also include a provision for the operation of video games in eligible libraries, museums and archives.

Good-faith device hacking for security research was also exempted in some applications. Despite broad opposition from groups including BSA, GM, the Intellectual Property Owners Association (IPO), the Auto Alliance and the Medical Device Innovation, Safety and Security Consortium, the Copyright Office recommended exempting the circumvention of computer programs operating on a lawfully acquired device for the purposes of good-faith security research. This extends to all machines and devices designed for individual use, including voting machines, although the exemption is written in such a way that voting machine security research cannot begin for more than a year, delaying it past the next presidential vote. Security research has grown in stature in recent years, including at the academic level where university researchers are hacking cars in order to alert manufacturers to software vulnerabilities that can be fixed.

Elsewhere, the Copyright Office continued, and at some points increased, the exemption for circumventing DRM employed on DVDs, Blu-ray discs and online streaming servers protecting access to audiovisual works such as motion pictures and video games. The exemption enables snippets of audiovisual works to be used in documentary filmmaking, noncommercial videos and nonfiction multimedia e-books offering film analysis. It also enables the circumvention of DRM using screen capture technology to allow playback for educational purposes in K-12 schools, colleges, universities, massive open online courses (MOOCs) and nonprofit digital and media literacy programs. The Register of Copyrights recommended exemptions on 3D printing software circumvention to enable printers to use alternative feedstocks as long as those feedstocks weren’t being used on products being sold to consumers. Medical device owners may also now circumvent DRM measures meant to secure data so that those owners can personally view the data generated by their own device. Finally, the office recommended exemptions for circumvention technology protection measures incorporated into electronically distributed literary works when those measures interfere with assistive technologies for the blind, such as read-aloud functionality.