How the U.S. is Killing Innovation and why it Matters for Entrepreneurs 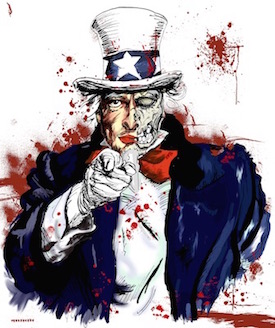 Over the last ten years, the U.S. government has dealt serious damage to American innovation by altering how our patent system has worked for more than two hundred years and shifting it in favor of large corporations at the expense of small inventors. Today, inventors cannot reasonably defend patents and most patents are no longer capable of attracting capital to build the next generation of American innovation.

The plain words of the U.S. Constitution constructed a patent solely as an exclusive right, a property right. Like any other property right, patents were used as collateral to attract investment thus capitalizing new companies to commercialize new innovations. The genius of the Founders quickly became clear. Within just a few of years, American innovation surpassed every other country. For the next two hundred years, patents fueled the greatest innovation engine known to man and drove the greatest economy on earth. The right of a normal American to own what they invented, and therefore the tools to compete with entrenched corporations on an even playing field, became a key pillar of the American Dream and a major theme in the American story.

The courts, Congress and the Obama Administration, have changed all that.

Today if a big corporation infringes a patent, it is impossibly difficult for an inventor to stop them. Instead, courts force inventors to grant a license to infringers at prices set by the court with no real connection to the free market. Not surprisingly, the value of patented property has fallen significantly and many patents have been made worthless.

Property rights must be durable. If a property right can easily be taken away, nobody will risk investing in it. Patents are presumed valid in black letter law. Up until 2011, the only way to invalidate a patent was through an Article III court, which was very difficult and this difficulty kept squatters from infringing on patent rights.

New procedures created by the America Invents Act of 2011 allow infringers to challenge a patent in the United States Patent and Trademark Office (USPTO), an administrative court – not an Article III court, using completely different standards and shifting the financial burden on the inventor. These administrative proceedings, which have been called fundamentally unfair to patent owners, now invalidate the vast majority of patents they review.

Another Supreme Court decision in 2014 called Alice v. CLS Bank all but eliminated patent protection across many fields of innovation, including software related inventions that make up over half of all patents issued. In many areas of innovation, especially software, the risk that any given patent will be invalidated is as high as 80%.

There have been other damaging changes in the last ten years. The financial penalty against an infringer who is caught infringing is all but eliminated. It can take ten years for the USPTO to issue a patent. What is considered obvious to patent, and therefore not patentable, has become a subjective test that is invalidating a large number of patents. Many other long settled legal constructs of patent law have been altered – virtually all of the changes have tilted the patent system in favor of large infringing corporations and against inventors.

Small, early stage investors called “Angel Investors,” or simply “Angels,” provide seed funding to build the company to a point it can attract larger investment from venture capitalists and banks, thus bridging the gap from idea to fundable company. Venture capitalists and banks usually require a product, a management team and/or customers to manage. For an investor, whether Angel or VC, it is all about managing risk. The more tangible the company the more likely investors will be interested, but without strong patent rights even the best early stage company can look unacceptably risky, which means it has become difficult to attract Angels, which in turn makes it even more difficult to attract venture capital. When early investors steer clear this creates a funding gap between seed-stage companies seen as too high risk, and an early-stage companies with products, customer and a team with manageable risk. Essentially, changes to the patent laws have cut the critical early stage funding, which is the lifeblood of any new technology venture.

Seed investors also view a patent as a floor to losses thus limiting downside risk. If the invested company goes out of business, the investor can take control of the patent to return at least part of the investment by defending it in court or selling it to someone else that does. Regrettably, neither option is a good option anymore.

Most patents cannot be sold and the best only bring a small fraction of their value in the market. If the investor chooses to defend the patent in court, the only way to prove the patent is actually valid property right is to spend seven or more years and millions of dollars with a very high likelihood that the patent will be invalidated. Even if the patent survives, there is no way to know what the court will award as damages in a forced license because the free market is not considered. With no contingency attorneys and no other investors, the seed investor will have to foot the bill in its entirety.

Our government has dealt fatal damage to both inventors who license their inventions and seed-stage companies attempting to commercialize a new technology. It is no wonder that more companies are going out of business than are starting up for the first time in U.S. history. We are killing the very engine that made America the greatest economic power ever known. We should all be very concerned.