Trans-Pacific Partnership – What do IP practitioners need to know? 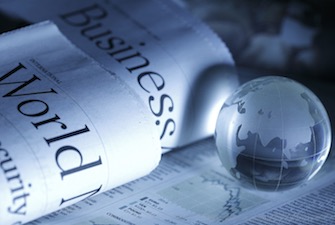 Trade partners negotiating the Trans-Pacific Partnership trade deal have reached an agreement. The agreement details have not been officially released, and likely will not be submitted to Congress for a mandatory review for at least a month, perhaps longer.

The New York Times, POLITICO and others are reporting that in order to reach an agreement the United States granted a key concession relating to biologics, which are advanced medicines made from living organisms. Presently the United States provides 12 years of data exclusivity for these types of medicines, but the TPP agreement reportedly knocks that term of protection down to 5 years.

A leaked version of the TPP from WikiLeaks, if indeed an accurate representation of the TPP, confirms that data exclusivity for 5 years was agreed to by the Obama Administration. Specifically, Article QQ.E.16.1(a), which relates to data protection for pharmaceutical test data reads as follows:

If a Party requires, as a condition for granting marketing approval for a new pharmaceutical product, the submission of undisclosed test or other data concerning the safety and efficacy of the product, the Party shall not permit third persons, without the consent of the person who previously submitted such information, to market the same or a similar product on the basis of:

(i) that information; or

for at least five years from the date of marketing approval of the new pharmaceutical product in the territory of the Party.

According to POLITICO, some countries viewed 12 years of data protection as prohibitively expensive as they search for ways to offer such treatments to their population. The U.S. government, specifically the Obama Administration, has also long wanted a more limited term for data exclusivity.

Early on in the Obama Administration, Peter Orzag, then the Director of the Office of Management and Budget, sent a letter to Congressman Waxman explaining the President’s position on the appropriate length of exclusive protection for pioneering biologics.  The biotech and pharmaceutical industry had been lobbying for 12 to 14 years of exclusivity. President Obama favored roughly half that time frame, claiming that 7 years “strikes the appropriate balance between innovation and competition by providing for seven years of exclusivity.”  So the battle lines were being drawn. Ultimately, the industry would prevail and Congress would prove 12 years of exclusivity.

Fast forward from 2009 to 2015. Obamacare has passed and the Obama Administration has over the last several years advocated positions at the Supreme Court that have made it extremely difficult for some biotech and pharmaceutical companies. With protection lasting for 12 years being viewed as breaking the bank on rising healthcare costs it is hardly a surprise that President Obama would agree to dramatically reduce the protections afforded to biologics.