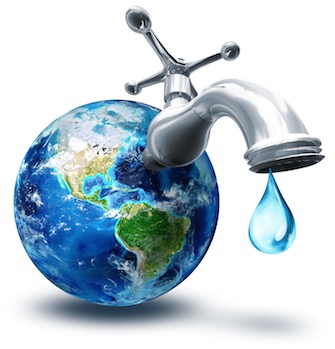 As of September 1st, 2015, the only states in America which were completely untouched by unseasonable dryness were Delaware, Indiana, Missouri and South Dakota. In 46 other states, including Alaska and Hawaii, at least one county was experiencing some form of drought or abnormal dryness, according to the U.S. Drought Monitor. Eight states were experiencing extreme drought conditions, a level of drought currently wracking large swathes of six western states: Montana, Idaho, Washington, Oregon, Nevada and, of course, California. Nevada and most of California are currently in the grips of what the U.S. Drought Monitor classifies as D4, “exceptional drought,” the worst possible drought conditions.

Part of the problem causing the current North American drought, which has also been impacting parts of Mexico and extends north into Canada, has been a severe lack of rainfall in certain regions. A 24-month standardized precipitation index produced by the National Oceanic and Atmospheric Administration’s National Centers for Environmental Information shows how the vast majority of California has dealt with reduced rainfall this year. A region extending hundreds of miles north from Los Angeles has received two fewer inches of rain than the annual average in the most recent year of a multi-year drought.

Of course, necessity is the mother of invention and it’s encouraging to see that there have been plenty of innovative steps taken to try and combat various aspects of the current drought. All summer long, our Disaster Tech series here on IPWatchdog has asked the question of how innovators in America and across the world are working to solve the extremely challenging problems of responding to extreme weather crises. The issues of water availability and conservation have been pulling in innovations from fields like nanotechnology, desalination and data analytics. 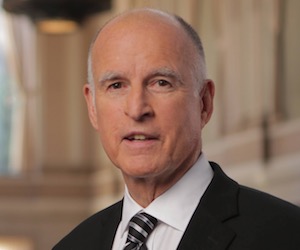 A push for innovation to solve the water crisis has been kickstarted this summer in some part due to an executive order from California Governor Jerry Brown that initiated a drought technology program intended to accelerate the development of innovative water and energy saving technologies. The Water Energy Technology (WET) program will provide funding to innovative technologies that displays significant savings in water, energy and greenhouse gases as well as commercially available and ready to operate. WET should begin accepting applications for funding requests sometime this fall. Brown’s executive order also set into motion a couple of drought rebate programs starting this fall, one for upgrading to energy efficient clothes washing machines statewide and another for providing installation of water and energy conserving appliances in disadvantaged communities. Executive Order B-29-15 also calls for the introduction of drought-tolerant landscaping to 50 million square feet of lawns, stricter enforcement policies and mandated cuts in water use.

In the case of California, as with other coastal regions of the world experiencing fresh water scarcity issues, many eyes have turned to the Pacific Ocean as a potential source of water. Currently under construction is the Carlsbad Desalination Project, a water desalination facility located on the Agua Hedionda Lagoon near Carlsbad which would convert 100 million gallons of seawater into 50 million gallons of drinkable water every day, the rest of the water and removed particulate returning to the ocean.

Desalination, or the removal of mineral materials from saline water, is employed in arid countries but it costs a great deal of energy and money to produce drinkable water from ocean water. Most plants utilize reverse osmosis techniques which send seawater through filtration layers made of gravel, sand, carbon, even finer filters to root out viruses and bacteria; the Carlsbad plant will employ a series of water pumps producing seven thousand horsepower of energy to blast the seawater through a polymer membrane to separate salt from the water within which it is dissolved. In California, there are already 21 desalination plants operating and another 17 proposed, all of which would be dwarfed by the Carlsbad facility. However, past desalination projects haven’t lived up to their hype: a desalination plant in Santa Barbara, CA, was constructed 23 years ago and never used because rainwater began to replenish state water reserves before the facility was ready.

Farming has been a regular target in the conversation over who in California should be conserving more water. The $45 billion agriculture industry in the state of California receives about 80 percent of the state’s developed water supply every year. Some people have expressed shock at the high water requirements of nut crops like almonds but produce such as alfalfa and rice, as well as the water needed to make sure that grazing pastures continue producing for livestock, require even more water than almonds every year. There are technologies being produced, however, that may allow farmers to support their current production levels with far less water than currently required. On Target Spray Systems of Mt. Angel, OR, is a firm that has developed crop sprayers using patented spray nozzle technology that uses an electric field to create a more uniform misting spray less prone to runoff and which sticks more firmly to plants, reducing water usage by up to 85 percent in some irrigation schemes. Sales of the company’s crop spraying technology have been rising 30 percent per year and sales figures are triple what they were four years ago.

The analysis of data from soil moisture sensors may be a further step in the fight to make sure that farming doesn’t continue to suck the land dry. A 2014 survey conducted by the American Farm Bureau Federation found that 39 percent of responding farmers in states growing wheat or corn, both of which are produced in California, were using moisture sensor technologies to improve irrigation. Soil moisture sensor systems can include tensiometers, which measure water tension in the soil; electrical resistance or gypsum blocks, which use a material to absorb water, the amount of which is measured by electrical probes; and dynamic resonance probes such as time-domain-reflectometry (TDR) probes which are expensive but provide highly accurate readings of water moisture levels using reflected electrical signals.

One large-scale wireless irrigation management system utilizing soil moisture sensors comes to us by way of Hortau Irrigation Management Systems, which has its U.S. headquarters in San Luis Obispo, CA. The firm’s solar-powered WEB-TX4 field monitoring station reports real-time data on a wide range of weather and soil conditions, including wind speed, rainfall intensity, relative humidity, air and soil temperatures, degree-days, evapotranspiration and barometric pressure. Groundwater reserves have been a source of anxiety for farmers who want to make sure that they have backup water in case irrigation fails. Wellntel Inc. of Milwaukee, WI, produces a groundwater measurement unit that sends a digital signal non-invasively into a groundwater well and delivers measures of groundwater stores to a user wirelessly over the cloud.

Genetically-modified organisms (GMOs) may also help support levels of agricultural production in the face of California’s multi-year drought. Drought resistance, a quantitative trait in plants which is controlled by many genes, can be improved by cross-breeding techniques which locate drought-resistant genes and select those for future generations. These drought resistant genes are introduced into plants through a process known as precision phenotyping, wherein multiple drought-resistant genes are stacked onto the DNA of a tolerant hybrid. Cibus, an international gene editing firm with offices in San Diego, CA, is creating water-efficient crops through a proprietary process known as the Rapid Trait Development System (RTDS), a system using molecules that interrupts the genetic coding of plants at a desired gene target location to encourage the formation of desirable genes.

Getting water to stay in a localized part of the soil so that it could continue to feed plants and not drain away to groundwater reserves also help farmers combat drought. Agricultural science firm mOasis of Union City, CA, has developed a soil additive known as BountiGel, available as a powder or in granular form, both of which utilize a hydrogel technology absorbing up to 250 times the hydrogel’s weight, storing water and nutrients at a plant’s root line so that they are more readily available. The hydrogel is marketed as being reusable and safely biodegradable.

When looking for drought-related innovations protected by patents granted recently from the U.S. Patent and Trademark Office, we noted that most innovations pursued in direct response to drought involved genetic modifications to plants for drought resistance. U.S. Patent No. 9024141, titled Maize ERECTA Genes for Improving Plant Growth, Transpiration, Efficiency and Drought Resistance in Crop Plants, was issued this May to Pioneer Hi Bred International Inc. of Johnston, IA. It protects an isolated polynucleotide with a sequence identity that produces an increase in plant leaf tissue growth and a
heterologous promoter operably linked to the isolated polynucleotide. The expression of ZmERECTA genes in maize plants has been linked to a positive rate of growth as well as improved drought tolerance. Another genetic innovation for crop drought resistance comes to us by way of the University of Maryland College Park which was recently granted U.S. Patent No. 9096862, entitled Enhancing Drought Tolerance and Bacterial Resistance of Crop Species by Functional Interference of 14-3-3. The DNA construct claimed here includes a nucleotide sequence encoding the C-terminus of a proton pump so that an expressed protein interferes with the binding of 14-3-3 to the proton pump’s C-terminus, thereby inducing reduction of the stomatal opening. This technique for controlling the opening and closing of a plant’s stomata improves bacterial resistance as well as drought resistance by reducing water transpiration.

A solo California inventor has devised a system for irrigating a landscape while taking into account both environmental conditions and government regulations, as can be seen in U.S. Patent No. 8874275, titled Landscape Irrigation Management with Automated Water Budget and Seasonal Adjust, and Automated Implementation of Watering Restrictions. This patent, issued to George Alexanian of Fresno, CA, discloses an irrigation controller having self-adjusting technology which is based upon a water budget percentage determined periodically by comparing current environmental sensor data to historic geo-environmental data, a calendar, at least one restricted watering schedule and programming for irrigating by alternating between the self-adjusting technology and a restricted watering schedule based upon dates in the calendar. This innovation seeks to solve shortcomings with conventional irrigation techniques which incorporate limited water conservation techniques.

Finally today, we wanted to share a desalination technology developed by Donaldson Company, Inc., of Minneapolis, MN, and protected by U.S. Patent No. 9108163, issued under the title Microporous Membrane for Flash Distillation. The system for desalination claimed here includes a hot brine supply, three microporous membrane regions comprised of polyetrafluoroethylene and a condenser collecting steam from the third membrane as pure water; the hot brine is flashed into steam at the first membrane, expands in the second membrane and is separated into brine and water at the third membrane. This innovation provides an improved membrane system that utilizes backpressure to better prevent brine from slipping past membrane layers.