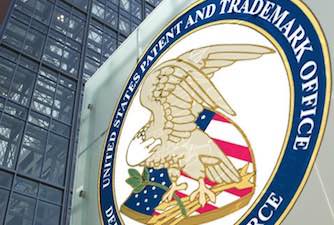 Starting on September 16, 2012, on the first anniversary of the signing of the America Invents Act, the Patent Trial and Appeal Board (PTAB) was born. Although the PTAB is just celebrating its third anniversary, controversy continues to surround its proceedings and decisions. From being criticized as a patent “death squad,” or for the rules being overwhelmingly slanted against patent owners. The PTAB has been under near constant fire, which is easy to understand given how contentious post grant proceedings were.

Ever since inter partes review and the other forms of post grant review were unveiled I have been a vocal critic of the procedures, at least the way they are presently conceived and actually administered. While it is a laudable goal to make it easier to challenge obviously absurd patent claims, the way that post grant procedures were created does little other than ensure that any patent owner with a commercially valuable patent will face endless challenges. The patent system is supposed to encourage commercially relevant innovations, not to turn patents covering ubiquitous innovations into another more than an illusory promise. After all, ubiquitous innovations become ubiquitous because they are so valuable.

In one of the more interesting, unforeseen developments stemming from the re-write of U.S. patent laws undertaken in the America Invents Act, hedge fund billionaire Kyle Bass has been filing petitions for inter partes review, shorting the stock in the company who owns the drug patent he is challenging, and attempting to exploit a market opportunity created by the careless drafting of the IPR statute. So far the Patent Office has shut Bass down. While I disagreed with the first and second petition denials, the refusal to institute by the Board in the Biogen petition was utter reprehensible. That any Judge would write such nonsense is astonishing, made worse by the fact that Congress has insulated the Patent Office from judicial review of IPR institution decisions.

According to the Patent Statute, “[a] person who is not the owner of a patent may file a petition to institute an inter partes review of the patent.” Unlike with covered business method (CBM) challenges, there is no standing requirement to initiate an IPR. The lack of a standing requirement to initiate an inter partes review challenge is behind the novel strategy conceived by Bass and his advisors, one of whom is Erich Spangenberg. Critics of the Bass/Spangenberg strategy say this is abusing the IPR process for financial gain, something the statute did not intend.

In one case Celgene Corporation is seeking sanctions against Bass for filing challenges against two different patents, U.S. Patent No. 6,045,501 and U.S. Patent No. 6,315,720. Celgene argued that it is misuse of process to file an IPR for financial gain, an argument that seems strained to say the least. In responsive filings the Bass backed Coalition for Affordable Drugs argued that every patent and every IPR is filed for some profit motivation. Bass argued:

[A]t the heart of nearly every patent and nearly every IPR, the motivation is profit. Celgene files for and acquires patents to profit from the higher drug prices that patents enable. Generic pharmaceutical companies challenge patents to profit from generic sales. Celgene’s argument is in conflict with Supreme Court precedent expressly finding it in the public’s interest for economically motivated actors to challenge patents. See Lear v. Adkins, 395 U.S. 653, 670 (1969) (holding public interest requires permitting licensees to challenge validity because they “may often be the only individuals with enough economic incentive to challenge the patentability” and “[i]f they are muzzled, the public may continually be required to pay tribute to would-be monopolists”). Having an economic motive for petitioning the government simply does not turn the petition into an abuse of process.

The Coalition for Affordable Drugs goes on to argue that whether their motives are altruistic is irrelevant. They argue:

The U.S. economy is based largely on the notion that individual self-interest, properly directed, benefits society writ large. Celgene’s motive is to profit from consumers and taxpayers from drug sales. Celgene’s patent-conferred monopoly results in Revlimid prices that exceed $580 per pill— creating costs in excess of $200,000 per patient year. Revlimid sales were nearly $5 billion in 2014. Celgene is not giving Revlimid or its profits away.

Clearly, there is no justifiable grounds to chastise Bass even if his motivation is entirely financial. Patents are about business, and as he points out the pharmaceutical companies aren’t exactly giving their drugs away. There is also a clear financial motivation when others file IPRs because they want to invalidate patent claims so they don’t have to pay licensing fees or infringement damages. The entire patent system is about money.

It is, however, undeniable that Congress did not intend for hedge fund billionaires to challenge drug patents using inter partes review. It is equally undeniable that the law clearly does allow for anyone, including hedge fund billionaires, to challenge patents they believe were improvidently granted. It is likewise undeniable that Congress did not create a standing requirement, but that they considered the issue and determined only to create a standing requirement for CBM. Despite all of this it seems that the Patent Office will go out of their way to contrive reasons why the Bass petitions will not be instituted. Pitiful.

Meanwhile, as the Bass saga is playing out the USPTO, which is at the center of all the IPR controversy, is currently proposing to revise practice and procedure rules that apply to IPR challenges. Revision of the rules was always planned, but it seems certain that whatever the USPTO decides to do will lead to controversy and not please anyone. Indeed, one of the biggest criticisms of inter partes review is that patent owners are for all intents and purposes estopped from amending claims. Congress allowed for claims to be amended but the PTAB has interpret the statute as only allowing a motion to amend to be filed and there to be no right to amend. If we are going to concern ourselves with legislative intent the USPTO is wrong. Congress clearly sold the AIA as giving patent owners one chance to amend claims, but that isn’t what has happened in real life. Surprisingly, the changes proposed by the USPTO will do nothing with respect to amendments, which will be a hard pill to swallow for patent owners.