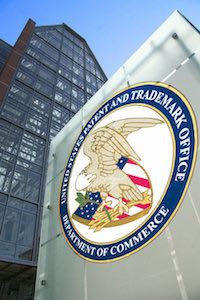 Earlier today an advance copy of the highly anticipated USPTO proposed rule changes that will amend the rules for practice before the Patent Trial and Appeal Board (PTAB). These USPTO proposed rule changes would amend the existing rules relating to trial practice for inter partes review (IPR), post-grant review (PGR), the transitional program for covered business method patents (CBM), and derivation proceedings.

The deadline to comment on the USPTO proposed rule changes will be 60 days after publication in the Federal Register, which should be Monday, October 19, 2015. Comments should be sent by electronic mail message over the Internet addressed to: [email protected] Comments may also be submitted by postal mail addressed to: Mail Stop Patent Board, Director of the United States Patent and Trademark Office, P.O. Box 1450, Alexandria, VA 22313-1450, marked to the attention of Lead Judge Susan Mitchell, Patent Trial Proposed Rules.

The Office says that it anticipates that it will continue to refine the rules governing AIA trials moving forward, and as a result is continuing to encourage comments concerning how the rules may be refined in the future.

The proposed trial practice rules, which will be officially published in the Federal Register on Thursday, August 20, 2015, come just a few days in advance of the three “Roadshow dates” the USPTO has scheduled in conjunction with the American Intellectual Property Association (AIPLA). The “Road Show Series,” titled Enhancing Patent Quality and Conducting AIA Trials, will be held on August 24, 2015 in Santa Clara, California, August 26, 2015 in Dallas, Texas, and August 28, 2015 in Alexandria, Virginia. I will be attending (and covering for IPWatchdog.com) the August 28 event, which will be held on the main campus of the USPTO.

Those who have followed the process for updating and revising PTAB trial practice rules will recall that the Office has already published a first final rules package relating to PTAB practice. This first final rules package, which was published on May 19, 2015, addressed issues of a more minor scope, which could be immediately undertaken by the Office. This first package related in part to changes to the patent owner’s motion to amend and the petitioner’s reply brief that involved ministerial changes. For example, the first final rules provided ten additional pages for a patent owner’s motion to amend, allowed a claims appendix for a motion to amend, and provided ten additional pages for a petitioner’s reply brief. There wee also other ministerial changes to conform the rules to the Office’s established practices in handling AIA proceedings.

The Office asked, “Under what circumstances, if any, should the Board decline to construe a claim in an unexpired patent in accordance with its broadest reasonable construction in light of the specification of the patent in which it appears?” Comments were received advocating various positions, including that the Office should continue to apply the broadest reasonable interpretation (BRI) standard in construing terms of an unexpired patent, that it should use a Phillips-type construction standard for all patents at issue in AIA proceedings, and that it use the claim construction standard set forth in Phillips v. AWH Corp. in certain circumstances where the patent will soon expire.

Not surprisingly, by in large, the Office decided to stick with BRI, explaining that the United States Court of Appeals for the Federal Circuit recently determined that that the Office is authorized to employ the broadest reasonable interpretation approach when construing terms of an unexpired patent at issue in an inter partes review proceeding. The Office specifically pointed out that the Federal Circuit found that the BRI approach consistent with legislative intent and reasonable under the Office’s rulemaking authority. See In re Cuozzo Speed Techs., LLC.

The Office did, however, choose to adopt the Phillips standard for claim construction for claims of a patent that will expire prior to the issuance of a final decision. The theory here is that there would be no viable opportunity to amend patent claims if the patent would expire before a final decision by the PTAB. Personally, I feel that the Patent Office is opening a Pandora’s box by using BRI for some patents and Phillips for others. I understand the distinction being made, but it is hard not to notice that some patents will be treated differently than other patents, and by extension some patent owners will be treated differently than other patent owners. The Patent Office may be trying too hard to split the baby and make everyone happy, but the effect seems likely to make no one happy and interject a fundamental unfairness based solely on remaining patent term. Such a distinction based on patent term seems arbitrary to me. Having two different standards also strikes me as being contrary to the principles of patent law and practice, and potentially unconstitutional, or at the very least not in keeping with the spirit behind the theory of equal protection.

The Office asked for comments on the following topic: “What modifications, if any, should be made to the Board’s practice regarding motions to amend?” The Office received a spectrum of comments that ranged from seeking no change in amendment practice to proposals for liberal grant of amendments in AIA proceedings.

The USPTO adopted the comments from those who expressed satisfaction with the Board’s current rules and practices for motions to amend. It should be noted, however, that since receipt of the comments the PTAB had already clarified motions to amend to at least some extent in MasterImage 3D, Inc. v. RealD, Inc. Case IPR2015-00040.

The Office explained that the MasterImage decision clarifies that a patent owner must argue for the patentability of the proposed substitute claims over the prior art of record, including any art provided in light of a patent owner’s duty of candor, and any other prior art or arguments supplied by the petitioner, in conjunction with the requirement that the proposed substitute claims be narrower than the claims that are being replaced. Further, the decision also stands for the proposition that the burden of production shifts to the petitioner once the patent owner has made its prima facie case for patentability of the amendment, although the ultimate burden of persuasion remains with the patent owner.

Comments suggesting that motions to amend be liberally granted were not adopted. The Office attempts to provide reasoning to support their view that there is a right to file a motion to amend but no right to amend, which in my opinion all fall flat. Notably, the Office ignores the legislative history of the America Invents Act (AIA), and the numerous statements by virtually everyone advocating on behalf of the bill, all of which promised that patent owners would have a right to amend.

At this point a motion to amend is practically useless, and will in fact be denied in nearly all instances. Thus, the statutory language is being nullified by the Patent Office interpretation. The AIA gives petitioners and patent owners the absolute right to file a motion to amend that will not enlarge the scope of the claims. See 35 U.S.C. 316(d), for example. Specifically granting a right to file a motion that will nearly always be denied can’t be what Congress intended. This type of interpretation is what one might expect to see in a Banana Republic, or repressive regime that doesn’t concern itself with logic or fairness. Such a tortured reading of the America Invents Act, particularly given the clear intent of Congress, also seems to be in direct conflict with the Supreme Court’s recent decision in King v. Burwell, which requires courts to “turn to the broader structure of the Act” to determine meaning.

In fact, in King the Supreme Court explained that when the statutory scheme compels an interpretation that is in direct opposition to the language of the statute the intent of the overall statutory scheme is determinative. Clearly, Congress wanted overbroad patent claims to be stripped, but also wanted to give patent owners as least one opportunity to narrowly tailor claims so that they would be patentable over the prior art. Thus, the USPTO interpretation simply cannot be the correct interpretation.

In my opinion it is only a matter of time before the amendment issue boils to a head.

Other issues addressed in the USPTO proposed rule changes include, but are not limited to: (1) The intent of the Office to continue use of the Garmin factors on a case by case basis for additional discovery requests; (2) The Office amending the rules to allow the patent owner to file new testimonial evidence with its preliminary response; (3) The Office declining to adopt a mandatory rule regarding additional discovery of secondary considerations, but will continue to entertain the need for such discovery on a case-by-case basis; (4) The Office permitting a patent owner to raise a challenge regarding a real party-in-interest or privity at any time during a trial proceeding; (5) The Office will continue its present practice of considering requests for oral hearings on a case-by-case basis; (6) The Office declining a proposal that would allow a petitioner’s reply as of right in the pre-institution phase of an AIA review; (7) The Office denying to provide for small entity and micro-entity filing fee reduction for reviews under AIA due to a lack of statutory authority to grant such reduced filing fees; and (8) The Office proposal to amend § 42.11, which prescribes the duty of candor owed to the Office, to include a Rule 11-type certification for all papers filed with the Board with a provision for sanctions for noncompliance.

USPTO Director Michelle Lee has published her views on this proposed rules package on the Director’s Blog.