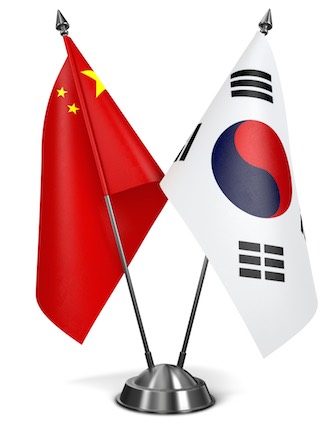 The explosion of patent litigation over the last decade has prompted a number of changes to the IP system overall.  From the rise in patent troll litigation to the Smartphone Global Patent Wars, and from U.S. Patent Reform Legislation (now on Round 2 – or is it Round 3?) to a multitude of U.S. Supreme Court decisions, the patent landscape has been dramatically altered in just the past several years.

One of the many issues to emerge in recent years involves an increased level of regulatory scrutiny by governmental agencies on patent licensing and enforcement.  Regulatory authorities and the courts in the U.S., Europe, and recently Japan and Canada, have placed significant attention on licensing and enforcement of Standards Essential Patents (also known as “SEPs”), primarily to ensure that SEPs owners are not violating their obligations to license those patents on fair, reasonable and non-discriminatory (“FRAND”) terms.  Now regulatory authorities in China and Korea have enacted or introduced broad regulation and administrative actions on patent licensing activities that extend to patents on differentiating technologies across the board (rather than just SEPs), seemingly aimed largely at U.S. and European companies in favor of protecting local industry.

What’s Happening and What to Watch

The proliferation of smartphones and mobile devices across the world has led to a new world order of market competitors and technologies.  The Android operating system continues to hold a dominant worldwide market share of 78% as of Q1 2015, with Android vendors such as Samsung, Lenovo, Huawei, LG, Xiaomi, HTC and ZTE jockeying for position.  And with only 18% worldwide market share in Q1 2015, recent reports estimate that Apple earned an astonishing 92% of global smartphone profits.  High-end consumer mindshare for iPhone is not limited to the U.S, as Apple recently eclipsed Xiaomi as the #1 smartphone vendor in China for the first time.  Meanwhile, Microsoft is regrouping in the mobile phone space with a massive write down of the value of its business acquired from Nokia, and Blackberry is a faint shadow of itself, with a mere 0.3% worldwide market share in Q1 2015.

Other market players have made huge investments in acquiring patent portfolios including SEPs on cellular standards, such as the Rockstar consortium’s (Apple, Blackberry, Sony, Microsoft and Ericsson) USD $4.5B purchase of the Nortel patent portfolio in 2011 and subsequent sale to RPX in 2014, and Google’s USD $12.5B acquisition of Motorola Mobility in 2012.  Those massive transactions occurred during a tumultuous period in the industry deemed the “Smartphone Patent Wars,” which essentially began in 2009 and peaked in 2012.  Whereas companies were once largely facing defensive patent litigation from NPEs and generally aligned in those fights, the explosion of the smartphone market caused companies including Apple, Samsung, Nokia, HTC, Microsoft, Oracle, Google, Motorola Mobility, Blackberry, Huawei, ZTE, LG and Interdigital to open a new front in their competitive battles by engaging in patent lawsuits with one another in the U.S, Germany, U.K., Japan and Korea.

With so much at stake and concern over the high cost of litigation, it is not surprising that this trend has encouraged regulators and policymakers to try to take remedial action. This is particularly true when regulatory authorities are also considering the impact of these events on their own economies.  Powerful companies such as Huawei, ZTE and Xiaomi are looking to grow not only in China but across the world, and Samsung out of Korea is attempting to reverse its extended slide in smartphone sales and share. And so it seems to follow that there has been a recent increase in regulatory investigations on patent enforcement and licensing practices.

Both Korea and China are major players on the global patent stage, and the leading companies of these countries file and obtain thousands of patents annually.  But it seems increasingly clear that the governments of these countries are attempting to support their domestic companies via antitrust enforcement to lower the price of access to patented technologies of foreign competitors.

Unfortunately, the focus to date has not been limited only to standardized technologies and SEPs.  For example, Qualcomm has been under investigation in China, Korea, Europe and the U.S., and recently agreed to pay a record $975 million fine in China for alleged monopolistic patent licensing practices related to SEPs and non-SEPs.  Microsoft, to secure regulatory approval for its acquisition of Nokia’s mobile handset business, agreed in China (and recently Korea) to alter its patent licensing program for the non-SEP, differentiating patents that apply to the Android OS.  And InterDigital pledged to change its patent licensing pricing structure in China to secure a suspension of an anti-monopoly probe.  While that level of regulatory activity is significant, it may be just the beginning of a dramatic rise of antitrust enforcement and regulation of IP licensing practices in China, Korea, and potentially other regions.

In April 2015, China’s State Administration of Industry and Commerce (“SAIC”) issued competition rules regulating the abuse of intellectual property rights, deemed the Provisions on the Prohibition of the Abuse of Intellectual Property Rights to Eliminate or Restrain Competition (the “IPR Rules”), which will come into effect on August 1, 2015.  The IPR Rules are broad and extensive, and impact not just SEPs but also non-SEPs, i.e., patents that apply to proprietary, differentiating, non-standards based technology.  A few of the more prominent and potentially controversial provisions include the following:

The most troubling provisions of these new regulatory measures are the application of the “essential facilities” doctrine and the imposition of new requirements for holders of SEPs. The essential facilities doctrine as developed in the EU and U.S. is an appropriate way for competition law to regulate patent licensing, and typically applies (in the rare circumstances that it does) only in a narrow and targeted way.  However, the broad and exceedingly vague and open-ended language of SAIC’s IPR Rules raises tremendous uncertainty and in general intrudes on the core exclusionary right of IPR holders.

With regard to standard setting activity, the extent to which the new regulations will apply to all SEPs, even where the patent holder did not participate in the standards setting process or did not make a FRAND licensing commitment, also remains a significant open issue.  This type of broad-reaching regulation is contrary to conventional practice in the U.S. and Europe with regard to SEPs.

In addition to SAIC’s IPR Rules, China’s State Intellectual Property Office has proposed a draft amendment to the Patent Law (the “Draft Amendment”) which includes several provisions that have raised significant concerns from prominent corporations and industry associations.  For example:

As to proposed Article 14, numerous comments have been filed that object to this revision given that it is vague and ambiguous and would not provide clear guidance for innovators in understanding how the proposed article would be applied by courts or administrative agencies.  For example, there is no definition of “good faith principle” and what type or level of activity would be deemed sufficient to “harm public interests.”  With respect to proposed Article 82, numerous comments also have been filed that object to the inclusion of this new Article and articulate the same or similar concerns as those leveled against SAIC’s Article 13 on standard setting.  Moreover, many have pointed out that such a provision is not necessary in light of SAIC’s IPR Rules that address standards setting activities (as problematic as that provision nevertheless may be).

The Korea Fair Trade Commission (“KFTC”) amended the Guidelines for Review of Unreasonable Exercise of Intellectual Property Rights (“IPR Guidelines”) which became effective on December 24, 2014.  The amendment establishes a framework for regulating the abuse of patent rights by Non-Practicing Entities (“NPEs”) and holders of SEPs.  In particular:

While there is not a significant amount of NPE litigation activity in Korea at present, the KFTC IPR Guidelines are most definitely striving to ensure that remains true in the future.  The inclusion of exemplary NPE abusive acts such as imposing markedly unreasonable levels of royalties, restricting consortium related activity, and patent privateering each could ensnare major patent holders that look to monetize or derive value from their respective patent portfolios, but are not considered to be an NPE by any informed person.

Of even greater potential consequence is the extension of SEPs to encompass popular, differentiating technology that was not developed as part of standards setting activity.  This is an unprecedented and deeply troubling regulatory act that could have significant negative consequences on the advancement of differentiating technologies and the well-being of innovative companies, particularly for non-Korean companies that compete with major players like Samsung and LG.  While the KFTC’s position on restrictions on seeking injunctive relief by SEP holders is now relatively in line with the recent approach announced by the Court of Justice of the European Union, the provisions labeling as abusive an act of unreasonably evading or circumventing FRAND licensing or imposing other “unreasonable” conditions are not. This language is potentially far-reaching and should be seen as a significant danger sign to patent holders that engage in standards setting activity.

The extent to which these new and enhanced regulatory frameworks are applied in practice by China and Korea to both domestic and foreign entities will be a key issue to watch.  But it seems relatively clear from recent regulatory investigations that licensing of patents on differentiating, non-standards technology in the IT sector will be squarely in the cross-hairs for the foreseeable future.  While the scope and breadth of these changes in practice is unknown at this initial stage, it should be recognized that significant expansions in regulatory scrutiny of IP holders could have a chilling effect on incentives to innovate and collaboratively advance technology over the long term.