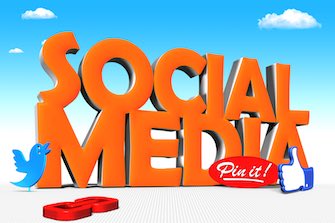 Companies are always going to be interested in getting a better handle on how their performance is being perceived by customers and the American Consumer Satisfaction Index (ACSI) releases a number of reports which provide important snapshots of customer satisfaction. Near the end of July, the organization released economic indicators for a wide array of Internet businesses in its ACSI E-Business Report 2015. The report notes slight increases in consumer satisfaction among social media sites, while both search engine/information and Internet news/opinion sites both experienced an overall drop in user satisfaction.

Many of the Internet businesses being profiled by this consumer satisfaction survey, which was created with input from 70,000 consumers, are also regularly featured in the Companies We Follow series here on IPWatchdog. Any of our regular readers might be interested to hear more about which of these ventures are faring well in the eyes of their customers and which may need to revisit certain aspects of their operations.

Recent years have not been entirely friendly to social media companies on ASCI reports. In 2013, the social media industry ranked among the bottom three of all industries analyzed by the index. Social media still lags behind search engine/information sites by an index score of 74 to 76, respectively, but social media’s 4.2 percent increase in customer satisfaction helped it to move past Internet news/opinion, which had an index score of 73.

The big winner among social media e-businesses in the 2015 consumer index is Pinterest, the personal web cataloguing service headquartered in San Francisco, CA. Its consumer satisfaction index score rose by about 3 percent since last year to a score of 78, tied for the best 2015 index score of any e-business. Most people think of Pinterest as a fun website for getting party ideas or tips on how to style a home, but there have been some interesting aspects of Pinterest’s business developing. Recently, the Bank of America Corp. (NYSE:BAC) announced that Pinterest, which manages about 1.3 billion pins related to money management, is driving about 30 percent of the company’s social media traffic. A police department in Dover, DE, recently became one of a small but growing contingent of departments who have launched Pinterest accounts to advertise a public lost & found service. Pinterest users who have ever found themselves frustrated at an inability to purchase imaginative items they find on the site may be happy to note that the site is rolling out buyable pins.

The biggest consumer satisfaction index gains among any of the e-businesses profiled in the 2015 report were earned by Facebook Inc. (NASDAQ:FB), which jumped by 12 percent to an index score of 75. The recent ACSI report notes that Facebook is increasingly becoming a news outlet for users with the Pew Research Center releasing statistics indicating that two-thirds of Facebook users report getting news from the website. Facebook is rolling out some service upgrades in coming months, albeit in limited fashion. The social media site is trying to get involved with the mobile live-streaming trend with a “Live” feature available to certain celebrities who have been given access to Facebook’s Mentions tab. Like Pinterest, Facebook is also getting involved in e-commerce with Buy & Sell features available to users in Australia and New Zealand. Facebook is also trying to develop avenues to increase business through research and development but some have raised issue with patented technologies that could help users secure a bank loan. Interestingly, Facebook’s social media property Instagram, which the company purchased for about $1 billion in April 2012, has a consumer index score of 76, slightly edging its parent company.

Second-place among social media outlets is Wikipedia, with an ACSI score of 77. Recently, a New York City-based artist turned a number of heads with an exhibit representing Wikipedia’s entire database of articles in a series of 7,473 books. In third place is YouTube, a social media property owned by Google Inc. (NASDAQ:GOOG) which is outperforming its parent company’s flagship social media operation, Google+, by an index score of 76 to 75. The video sharing social media website, which holds more than a million minutes of video recorded just by the Associated Press, recently announced development of a YouTube Gaming app which would focus solely on video game content. Twitter Inc. (NYSE:TWTR), Tumblr and LinkedIn Corp. (NYSE:LNKD) all performed below average in terms of consumer perception over the past year.

The consumer market shift towards mobile computing from desktop computing has been taking a toll on Internet search engines and information sites, which overall experienced a sharp 5 percent reduction in consumer satisfaction down to an ACSI score of 76. The stalwart here is Google, which tops the field with a consumer index score of 78, tied with Pinterest for the lead among e-businesses. This Internet company is often featured in topics covered here on IPWatchdog, from its developments in autonomous vehicles to its unusual patent hoarding activities. We cover a lot of cloud computing technologies on our blog, which is one reason why we were intrigued to see Google making a larger foray into this field with the release of its Cloud Deployment Manager service. The Google Fi mobile service, which offers low-end mobile service plans, is also helping the company move into the mobile telecommunications network coverage business.

Google’s consumer index rating dropped by six percent, the largest amount among Internet search engine and information sites, but it’s still the only company doing better than the average consumer index rating of 76 for this sector. In second place with an index score of 75 is Yahoo! Inc. (NASDAQ:YHOO), for which consumer satisfaction rose 6 percent over 2014’s index score of 71. The company continues to develop improvements to its e-mail service used by 225 million people, recently unveiling automatic suggestions for search terms entered by users looking for a certain piece of mail. Yahoo! is another e-business looking to dip further into e-commerce and in early August the company acquired the online social shopping platform Polyvore.

Yahoo! is closely trailed in the ACSI consumer index by fellow Internet information firms MSN, operated by Microsoft Corporation (NASDAQ:MSFT), and AOL, owned by Verizon Communications Inc. (NYSE:VZ). MSN is undergoing an interesting transition, divesting itself of health & fitness, travel and food segments while adding a new flight search function powered by online search engine Skyscanner. AOL was recently targeted along with Google and others in a patent infringement case filed by Vringo, Inc. (NASDAQ:VRNG) over technologies related to ad rankings in search results. The company, which owns the online publication The Huffington Post, recently promoted that publication’s CEO Jimmy Maymann to a position overseeing AOL’s consumer brand divisions. Also in the mix in terms of consumer perception is Bing, another Microsoft company, with an index score of 72 and About.com, owned by American media group IAC/InterActiveCorp (NASDAQ:IACI), which has a consumer index score of 71.

The ACSI index score for the overall Internet news and opinion industry took a slight 1.4 percent hit to fall 73, the lowest consumer index score for the three e-business sectors profile. The prospects of FOXNews.com, owned by 21st Century Fox (NASDAQ:FOX), have also taken a bit of a tumble. The consumer index score for the online news outlet flatlined, remaining at 76, while gains were made by competitors NYTimes.com, operated by the New York Times Co. (NYSE:NYT), and MSNBC.com, a small division within the world of the Comcast Corporation (NASDAQ:CSCMA); those outlets both posted improved index scores of 76 and 75, respectively.

Others in the Internet news and opinion race are experiencing mixed results. USAToday.com, a division of Tenga Inc. (NYSE:TGNA), was tied for the lead with FOXNews.com in terms of consumer perception last year but it stumbled 3 percent down to an index score of 74. ABCNews.com, which is owned by the Walt Disney Co. (NYSE:DIS), flatlined and maintained a 74 index score. However, gains were enjoyed by CNN.com, a division owned by Time Warner Inc. (NYSE:TWX), which rose 4 percentage points to an index score of 73. For the entire industry, consumers were least satisfied with the number of advertisements posted on these websites, although they were also increasingly frustrated with video clip reliability and speed, ease of navigation and overall site performance.

One interesting trend to note here is that consumer satisfaction ratings for e-businesses could be tied to how much focus each gets by the parent company. Unlike with social media and search engine sites, many of which are their own parent companies, most of the Internet news outlets featured in the recent ACSI report are subsidiaries or smaller operations within the context of a much larger corporation. It may not be unfair to suggest that Internet consumers respond better to narrowly focused business operations which become multi-million dollar corporations themselves when successful.