Trade Secrets: Managing Information Assets in the Age of Cyberespionage

Editorial Note: What follows is the Introduction from Jim Pooley’s new book on trade secrets — Secrets: Managing Information Assets in the Age of Cyberespionage. For more information please see VerusPress.com. 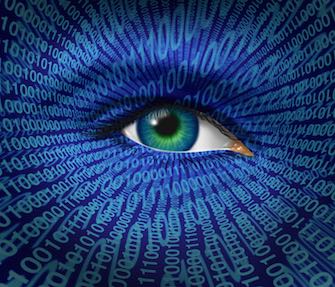 Bankrupt networking giant Nortel reveals that its key executives’ email passwords were stolen and the company’s network hacked for a decade. Boeing, hiring away Lockheed employees who bring documents to their new employer, pays $615 million to avoid criminal prosecution, while two of its former managers are indicted. Apple scrambles to recover a sample of its unreleased new model iPhone that was left by an employee in a bar – a year after the same thing happened in a different bar. Starwood employees leave to join Hilton, taking with them ideas for a new kind of hotel. And the owner of Thomas’ English Muffins goes to court to protect its “nooks and crannies” recipe from being used by a competitor. What do these corporate crises all have in common? Trade secrets. They reflect the enormous value of – and threats to – the most important assets of modern business.

The titans of the 19th Century made fortunes because they controlled access to the raw materials and infrastructure of commerce: steel, oil, lumber, railroads, canals, shipping. They oversaw the first Industrial Revolution and facilitated the second, which culminated in mass production, vastly increasing human productivity and prosperity. But there were only a few of them, and the resources they took often decreased what was available to others.

In contrast, the Third Industrial Revolution creates value not just from ideas that improve our ability to transform materials, but from information itself. In the increasingly globalized, hyperconnected electronic age, businesses and even markets are formed almost overnight. Compare Watt’s steam engine, which took more than thirty years to work on a boat (Fulton’s, in 1807) with the photo-sharing technology of Instagram, a two-year-old start-up purchased by five-year-old Facebook in 2012 for $1 billion. Undeniably, the modern economy relies almost entirely on a rapidly unfolding universe of “intangibles.”

This shift to intangible assets has been profound, but so swift that few have paid sufficient attention to the magnitude of the change. The accounting profession values corporations on their balance sheets, reflecting mostly tangible assets. In contrast, Wall Street votes with money, which is why Facebook was worth $100 billion on its first trading day. Of course, much of a company’s stock value is based on what investors think it will be able to earn in the future, and a lot of that is speculation. But peel away the first layer of investor exuberance or wishful thinking, and what do you have to account for the big numbers applied to companies like Google, Facebook and Apple? Some furniture and computers, but likely not much real estate, raw materials, or product inventory. That’s the old economy. Today’s modern company is built on a foundation of information. 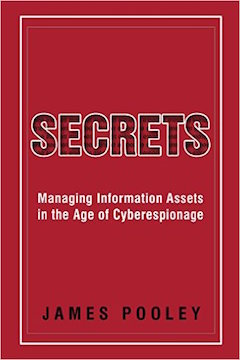 In the Information Age, your secrets – a new technology, a business plan, insights extracted from data analytics – define your competitive advantage. And because business is global, competition can emerge anywhere, anytime. Not just success, but survival requires vigilance and careful management. Those who know how to protect and exploit the most important secrets can quickly leverage their business to profitability and dominance; while those who fail to recognize this new reality are doomed.

What about patents? Isn’t that how the value of new technology is captured? Patents do get a lot of attention. Economists often count them as a proxy for innovation, comparing companies and countries in league tables. The popular press focuses on the “patent wars” between high-tech giants and laments what it sees as a wasteful food fight. Certainly patents are critically important, and can be credited for enabling much of the modern technology-based economy. But there is another part of the legal world of intangible rights that matters at least as much but gets far less air time: trade secrets.

A large part of the reason for this is that trade secrets are, well, secret. Companies don’t talk about things that they don’t want the competition to know. But according to well-documented studies, secrecy is by far the preferred form of protecting competitive advantage. A 2009 survey of U.S. businesses by the National Science Foundation and the Census Bureau found that, among companies that engage in substantial research and development (R&D) activity, trade secrets are the leading method of protection. And for those companies officially classified as “R&D intensive” – who account for 67% of U.S. R&D expenditure – secrecy is considered the most important form of intellectual property, more than twice the level for invention patents.

This preference for secrecy over patenting may seem odd to some, especially lawyers and judges, who look at the two systems in the abstract. In a landmark 1974 decision finding that trade secret law was not “preempted” by federal patent law, the U.S. Supreme Court said that secrecy, as a method of protecting innovation, was relatively “weak.” This is because unlike patents, secrets are not exclusive; that is, someone who independently discovers the same information is just as free to use it as the original discoverer. No rational actor, the court explained, would choose to protect an invention by secrecy when he could claim the power of patenting instead.

It’s too bad no one at the Supreme Court surveyed companies about what they were actually doing at the time. One of them, DuPont – the inventor, among many other consumer wonders, of nylon, Teflon and Kevlar – has been the world’s leading supplier of titanium dioxide (TiO2), a whitening agent used in products as diverse as paper, paint, toothpaste, and sunscreen. In 1948, DuPont had cracked the code for a new chloride process that made it possible to manufacture TiO2 better and cheaper than everyone else. But rather than patent its recipe, DuPont did what a lot of companies do with process technology: they kept it as a secret. So instead of teaching all its competitors through publication of a patent that would have expired in the 1960s, DuPont continued for over sixty years to support its leading-supplier position in a multi-billion dollar market, enabling a spinoff of the business.

If like DuPont your company owns a process that can’t be reverse-engineered by examining the end product, then the advantage of using secrecy is obvious. But even for other technologies, there are good reasons to keep secrets. They’re cheap: you don’t have to pay for government certification. They’re broad, covering many things that patents can’t (indeed, they cover just about any business information, like sales data and strategic plans). And unlike a published patent, you don’t broadcast to the competition what you’re doing.

Of course, as we all learn early in grade school, secrets are vulnerable. They depend on trusting somebody else not to tell. In business, increasingly valuable information is put in the hands of an increasingly mobile – and some might say decreasingly trustworthy – work-force. Paradoxically, the communications revolution that has brought us the Internet, Twitter and Facebook has also exposed corporate data to new and alarming risks of inadvertent loss as well as espionage. And not only is protecting your own information assets a newly compelling priority, but infection from unwanted secrets of competitors has generated expensive litigation and even criminal sanctions. Directors and executives who fail to confront this new reality are ignoring their responsibility to protect and commercialize the company’s most valuable assets.

The law that applies to protecting trade secrets around the world is far from uniform. Although the 1995 TRIPS agreement requires all member countries of the World Trade Organization (that is, almost everyone) to enact laws that protect “undisclosed information,” enforcement varies enormously from one country to another. And even though Europe is considering a process of harmonizing trade secret laws, the current reality for global business is a fractured system of secrecy regimes. Fortunately, U.S. law is relatively integrated and advanced (and indeed was the inspiration for the TRIPS standard), and so will be the source for most of the practical “rules” described here. But a major part of any modern business strategy has to take account of the international legal environment, and you will find appropriate advice in later chapters.

I first wrote a book about trade secrets in 1982, when the most effective way to protect a company’s confidential data was to watch who went in and out the front door. In the intervening years information security has been challenged by the Internet, an emerging culture of disclosure powered by social media, sophisticated hacking tools, global supply chains and a drive towards “open innovation”, in which a company’s search for new business solutions is outsourced to suppliers, customers and a variety of short-term “partners” including even competitors. (This new landscape is explored in more detail in Chapter 1.) The job of tending to information – no longer the exclusive province of IT or security but engaging every operational and strategic part of the enterprise – has never been more complex or rewarding, and it is my hope that this book will enable everyone responsible for creation and protection of ideas to make fewer mistakes and to deploy their intellectual property productively.

Reading my new book — Secrets: Managing Information Assets in the Age of Cyberespionage — will give you a deeper understanding of how your business differentiates itself from the competition, and how it must work to keep its edge. As an executive or manager or small-business owner you will come away armed to protect and exploit your company’s advantages. As an individual you will have a greater appreciation for what intellectually belongs to you and how to use it to advance your career without being sued. And whatever your interest or line of work, you will have a much better understanding of how information has become the global currency of the 21st century.