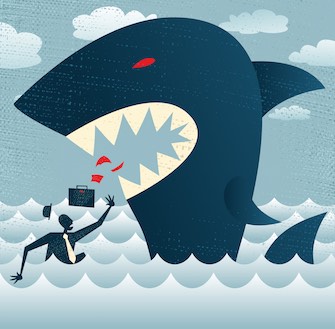 Recently, in a Report to Congress on trademark litigation tactics, the United States Patent and Trademark Office (“USPTO”) defined the amorphous term Trademark Bullying or Trademark Trolling as the vexatious practice of a “trademark owner that uses its trademark rights to harass and intimidate another business beyond what the law might be reasonably interpreted to allow.” Mirroring the modus operandi exhibited by patent assertion entities and copyright bullies, several creative mark owners have adopted and modified this sue-to-settle paradigm and applied it in the trademark context. In short, trademark trolls—businesses both large and small—aggressively assert rights beyond the scope of trademark protection afforded by the Lanham Act through the issuance of threatening cease-and-desist letters.

When issuing a tenuous cease-and desist letter, it is common for these audacious entities to unreasonably interpret the Lanham Act by failing to conduct a comprehensive objective evaluation of the third party’s mark in relation to their delineated goods and services. Further, unreasonable interpretations may also include falsely aggrandizing the strength of the owner’s mark, exaggerating the mark’s scope of protection, or misrepresenting the likelihood of consumer confusion in the marketplace.

Further, examining the content of traditional demand letters, the sender will often attempt to force the target to cease using his or her own mark or face imminent litigation. Alternatively, others are issued in an effort to extract license payments, rapid settlements, or seek co-existence agreements from the alleged infringer. This litigious practice evinced by bullies occasionally results in filing infringement suits against arguable violators in an attempt to financially exhaust and deter that trademark holder from rightfully utilizing their registered trademark in commerce. However, the threat of litigation is typically sufficient economic pressure to force an individual or smaller business into compliance.

According to the 2013 American Intellectual Property Law Association (“AIPLA”) Report of the Economic Survey, trademark infringement litigation costs total on average as follows: $375,000 through trial when less than $1 million is at issue; $794,000 when $1-10 million is at issue; $1.4 million when $10-25 million is at issue; and $2 million in costs when the amount in controversy exceeds $25 million. Recognizing the tremendous value trademarks add to the U.S. economy, diligent and meritorious enforcement of trademark rights is critical to halt the disingenuous efforts of others attempting to unfairly trade off a mark owner’s established reputation.

It must be remembered that the line between trademark bullying and rightful enforcement practices is not always black and white. In light of the fact that mark owners are shouldered with the affirmative obligation to personally police violations of their intellectual property rights; aggressive enforcement campaigns do not necessarily rise to the level of abusive bullying tactics as previously described by the USPTO. By failing to control third party use, a mark owner’s rights may be substantially restricted. Refraining from enforcement measures may cause a likelihood of consumer confusion in the marketplace, lost profits, and harm to the rights holder’s goodwill. On some occasions, failing to police may even result in a loss of trademark protection entirely through genericide or abandonment. Thus, if the mark owner does not proactively enforce its rights against infringers, the owner’s ability to preclude others from using the mark in commerce and the value of that intangible asset will quickly erode.

Due to the fact that stronger marks are afforded an expanded scope of trademark protection, mark owners traditionally strive to enhance the strength of their mark. Accordingly, there is a strong incentive for mark owners to expand their rights through hyper-enforcement efforts. In the bullying context, these actors anticipate that the threat of costly, albeit unwarranted, litigation will intimidate alleged violators receiving demand letters into settlement instead of risking an uncertain trial. This concept of predation is a “wealth-maximizing strategy” not because the practice is inherently profitable, but because the profit resides in the actual threat of this predatory practice.

Ultimately, this deters market entry by others thus increasing long-term profits while enhancing the strength of the enforcer’s mark. Consequently, this practice imposes costs on society in the form of increased prices for products and services by reducing the number of legitimate competitors. For instance, a number of small business owners have conceded that they withdrew their trademark applications after receiving a cease-and-desist letter due to size and resource imbalances. As a result of bullying tactics, both the original policy-backed intentions codified by the framers in the Lanham Act and the balance between hypo- and hyper-enforcement have been patently disturbed.

Moreover, distinct from their equivalents in the patent and copyright setting, mere ownership of a registered trademark is insufficient if the trademark is not employed in commerce. While non-practicing entities and copyright trolls may simply enforce their rights without making use of their respective intellectual property—pursuant to the Lanham Act—rights in a trademark are contingent upon actual use in commerce in connection with specific goods or services.

Thus, when encountering a questionable letter regarding the violation of another’s rights in a mark, the recipient must discern the following: 1) whether the enforcer’s mark is actually being used in commerce; 2) the similarities of the marks at issue; 3) the specifically delineated goods and services used in connection with the alleged senior user’s mark; and 4) the trade channels and consumers that encounter the mark alleging superior rights.

Recognizing zealous mark owners’ willingness to exercise rights beyond a reasonable interpretation of the Lanham Act, courts have broad discretion to award or withhold relief on a case-by-case basis. Specifically, courts may cancel a mark or even award the prevailing party attorneys’ fees in egregious and truly “exceptional cases.” Although sanctions under Rule 11 and §35 of the Lanham Act are available, the recipient of the demand letter would have to actually engage in costly litigation in order to obtain this form of relief. Judicial sanctions cannot be imposed outside the realm of litigation, which is where the majority of this strategic bullying practice transpires, and sanctions are not commonly granted due to the high threshold for proving bad faith. According to the Report to Congress on trademark litigation, only 1.5% of trademark infringement cases actually reach trial, which further underscores the issue that these abusive tactics are employed at the pre-trial or pre-litigation stages and are conveniently not made public.

Alternatively, creative non-legal responses to bullying have been successfully employed to combat rights owners who elect to assert rights beyond the scope of trademark protection. Specifically, utilizing social media can place bullies’ actions in the public limelight while pressuring them into ceasing such predatory practices. With proper execution, shaming campaigns may generate negative public scrutiny, which creates the image that the alleged senior user is a poor corporate citizen. By shifting the disparity in bargaining power, many individuals and smaller entities have been able to successfully overcome meritless infringement claims by convincing the public that the larger brutish corporation defied social standards.

Although the cost of shaming is relatively nominal and the effects may result in long-term stigmatization, it is important to recognize that trademark owners generate commercial success through goodwill and a positive rapport with the general public. Therefore, these retaliatory measures may adversely affect a business because one of the most critical aspects of building a brand is the underlying reputation associated with the mark. Addressing this caveat, an overzealous shaming campaign may have significant deleterious commercial consequences by inadvertently exposing the victim as the bully.

Roxana Sullivan is a trademark attorney at Dennemeyer & Associates. Roxana advances and protects interests of clients across a range of industries. She advises clients on all aspects of [...see more]