Each week in the Federal Circuit Review, we succinctly summarize the preceding week of Federal Circuit precedential patent opinions. We provide the pertinent facts, issues, and holdings. Our Review allows you to keep abreast of the Federal Circuit’s activities – important for everyone concerned with intellectual property. We welcome any feedback you may provide.

Bad Lawyering Is Not Misconduct For Awarding Attorneys Fees

Gaymar Industries, Inc. (“Gaymar”) sued Cincinnati Sub-Zero Products, Inc. (“CSZ”), asserting that CSZ’s Blanketrol III device infringed various claims of U.S. Patent No. 6,517,510 (“the ‘510 patent”), which relates to a temperature control system having a blanket for conductively warming or cooling a patient. CSZ filed an inter partes reexamination (“IPR”) request with the U.S. Patent and Trademark Office (“PTO”), which granted the request and rejected all 134 claims of the ‘510 patent. Gaymar appealed the PTO’s cancellation decision but then withdrew the appeal and expressly abandoned the ‘510 patent.

The district court lifted the stay it order in light of the IPR, with the only remaining question being CSZ’s request for exceptional case attorney’s fees. CSZ alleged that Gaymar’s litigation position was frivolous and that Gaymar had engaged in litigation misconduct. A magistrate judge recommended that CSZ’s fee motion be rejected because Gaymar’s litigation position was not objectively baseless and, even if the case was deemed exceptional under §285, CSZ had committed its own misconduct by making “misrepresentations to the court” and “shifting legal theories.” CSZ had told the court that it needed to identify an expert in the related technology and later asserting that it maintained “from the outset” that no expert was needed, had its expert opine on prior art and later denied that the expert did so, and misrepresented Gaymar’s claims and position during a hearing. The district court adopted the magistrate judge’s recommendation. In wake of the U.S. Supreme Court decision in Octane Fitness LLC v. ICON Health and Fitness, which made it easier for courts to award attorney’s fees in patent lawsuits, CSZ requested reconsideration. However, the magistrate judge maintained his previous recommendation, and the district court again agreed, finding that Octane would not change the result. CSZ appealed the district court’s denial of its fee motion.

The Federal Circuit affirmed-in-part, reversed-in-part, and remanded the district court’s decision to deny CSZ’s fee motion under Octane. “The examples cited by the district court – whether considered in isolation or in the aggregate – amount to sloppy argument, at worst. While such sloppiness on the part of litigants is unfortunately all too common, it does not amount to misrepresentation or misconduct.” However, because the lower court relied on CSZ’s alleged own litigation misconduct as a reason to deny its motion for attorney’s fees from Gaymar, remand was required. The Court stated that the district court “remains free to deny attorney’s fees based on the totality of the circumstances, including the strength of Gaymar’s litigation position and the sustained finding that Gaymar’s litigation position was not objectively baseless.” 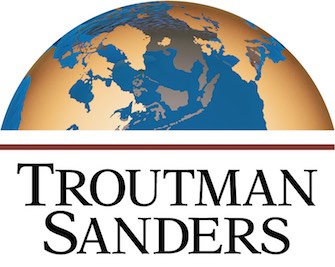 Mohsenzadeh filed two divisional applications to the non-elected inventions in the ‘905 application. Both divisional issued as patents claiming priority to the ‘984 patent. The PTO granted 0 days of patent term adjustment for both divisionals. Mohsenzadeh timely requested reconsideration of both of the divisional PTA determinations, arguing that each patent was entitled to the 1,476 days of A Delay as in the ‘984 patent. The PTO denied both requests based on 37 C.F.R. 1.704(c)(14), which provides that delays arising prior to the actual filing date of a continuing application will not apply to the application that results in the patent. Mohsenzadeh subsequently filed an action in the district court challenging the PTO’s denial of his reconsideration requests. The PTO moved for summary judgment, which the court granted. Mohsenzadeh appealed.

Based on the plain language of the patent term adjustment statute, 35 U.S.C. 154(b)(1)(A), the Federal Circuit held that “Congress intended delay in the prosecution of an application to be restored to a single patent, the patent issuing directly from that application.” Citing to other subsections that expressly addressed both parent and continuing applications, the Court concluded that “[h]ad Congress intended for period of delay during prosecution of a parent application to be restored for all continuing applications deriving from it, it would have done so expressly.” The Court therefore affirmed the PTO’s denial of any PTA for the divisionals.

The following opinions are not reported in this newsletter: