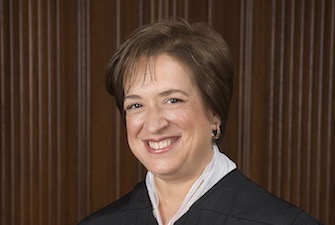 Justice Kagan delivered the opinion of the Court in Kimble v. Marvel Entertainment.

If you were going to write a ridiculous piece of fiction that no one in the industry would believe the plot would start with the United States Supreme Court citing stare decisis in a patent case. But that is exactly what happened earlier today in Kimble v. Marvel Entertainment, LLC.

In a 6-3 decision written by Justice Kagan, with Justice Alito in dissent (joined by Chief Justice Roberts and Justice Thomas), the Court explained that stare decisis is the legal doctrine standing for the proposition that legal precedent must stand unchanged in order to infuse the law with certainty and predictability. For that reason the Court refused to overrule Brulotte v. Thys Co., 379 U. S. 29 (1964), a case long criticized for having achieved the wrong decision. Indeed, Justice Alito’s characterization in dissent said it all: “The Court employs stare decisis, normally a tool of restraint, to reaffirm a clear case of judicial overreach.”

There will be plenty of time to review the decision in Kimble, but the larger issue begging to be discussed is the Supreme Court’s selective application of stare decisis. It seems that stare decisis is a newly found legal doctrine that this Court has previously not been acquainted with even as they were thoroughly upsetting well settled law in ways that have cause patent owners tremendous harm.

Simply stated, any patent decision from the Supreme Court that cites stare decisis lacks all intellectual credibility given how arbitrarily and capriciously they have ignored their patent own precedent and the patent statutes over the past decade. Obviously, this Supreme Court doesn’t understand the true definition of stare decisis. Given how frequently the Court disturbs well-established principles and precedent in the patent space the use of stare decisis in this case is nothing more than a complete and total cop-out. It also insults the intelligence of anyone who has even casually observed the Supreme Court on patent matters over the past decade.

For example, over the last four years the Supreme Court has ignored prior precedent and even refused to apply the clear and unambiguous terms of the one-sentence patent statute they have so frequently interpreted. Indeed, in patent eligibility cases the Supreme Court has uttered complete nonsense, such as discoveries are not patent eligible even though the statute – 35 USC 101 – says otherwise.

Indeed, in Myriad and Alice the Supreme Court not only ignored their own precedent, but also upset the entire software industry and much of the biotech industry in the process. To hell with well established expectations of innovators and companies that operate in those sectors. The Supreme Court knew best. They decided to re-write the law on their own accord. Where was the concern about stare decisis then?

The simple truth is that there has been no concern at the Supreme Court about stare decisis over past patent eligibility decisions. In fact, the changes to the well-established law that the Supreme Court adopted in both Myriad and Alice were not just prospectively applied, but they were retroactively applied. To retroactively apply changes within a property rights regime is fundamentally unfair, even more so when the law was well established for three decades.

As violative of the separation of powers as the Supreme Court’s usurpation of patents has been, the most alarming aspect of recent Supreme Court jurisprudence has been the reality the creation and continued enlargement of so-called judicial exceptions to patent eligibility. The statute the Supreme Court has spent so much time interpreting does not give the Court any authority to create any judicially created exceptions to what is patent eligible, but the Court still moves forward with an ever increasing list of things that are patent ineligible. The Supreme Court acts as if they know best and Congress answer to them instead of the other way around, which is how the Constitution distributes powers. Indeed, if a statute is constitutional then Congress is supposed to be the final word, not the Supreme Court. For reasons never explained the Supreme Court must view themselves as a super legislative body that has the authority to ignore Congress as it pleases them. If this judicial tribunal were in the Middle East the Western press would endlessly ridicule them, but because they are the U.S. Supreme Court they seem to get a pass.

Of course, the most ridiculous and fundamentally unfair thing this Supreme Court has done in the patent space has been to continue to expand the judicially created abstract idea doctrine to increasingly find computer related innovations to be patent ineligible. To call these decisions intellectually dishonest doesn’t really capture the depth of just how arbitrary and capricious the Supreme Court has become. Not only do they expand judicially created exceptions they don’t have the authority to make, but they do so never once having defined what it means to be an abstract idea. How can you have a doctrine where the core terminology is not defined? Expecting patent owners to satisfy an undefined criterion makes the Supreme Court nothing better than a kangaroo court where fairness and impartiality is the first casualty. See Naked Emperors: A Supreme Court Patent Tale.

I guess applying stare decisis to other patent decisions would have inconveniently prevented the Supreme Court from doing what they wanted to do, which seems to be the declaration of war on patent owners.