IBM cloud computing services earns $7.7 billion over the past year 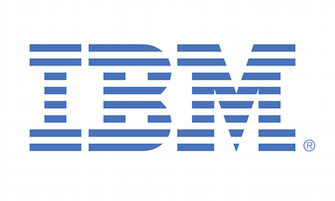 The cloud computing services developed by International Business Machines Corporation (NYSE:IBM), an information technology corporation situated in Armonk, NY, have been winning over a great deal of the business world. IBM’s most recent quarterly earnings report indicates that the company is seeing rapid growth in its cloud business revenues, which increased 75 percent year-over-year, resulting in total cloud revenues of $7.7 billion in the twelve months leading up to the end of 2015’s first quarter. Even given the recent success of the Amazon Web Services cloud platform, these most recent financial figures show that IBM’s cloud computing services are outperforming Amazon’s by more than $2.5 billion over the last year.

Cloud computing services may be just a sector of IBM’s total information technology offerings at this point but the company will be shifting to the cloud in a big way over the coming years. A blog post authored by IBM senior VP Robert LeBlanc and published on IBM’s Building a Smart Planet blog details how the company has been reassessing itself as a company primarily offering cloud products for business clients. The company is looking ahead to 2019 when it expects the community of developers for cloud-based services to grow to 12.5 million, almost triple the 4.3 million developers currently working in that space.

As we pointed out in our coverage of Amazon Web Services (linked above and here), we took some time to explain the three major areas of tech gathered together under the banner of cloud computing: Infrastructure as a Service (IaaS); Platform as a Service (PaaS); and Software as a Service (SaaS). IBM’s cloud computing services focus mainly on PaaS and IaaS technologies. SoftLayer, an IBM company acquired in 2013, offers IaaS tech like bare metal and virtual servers, giving other companies the tools upon which to build a cloud-based digital environment for their customers. In late April of this year, IBM opened up its thirteenth SoftLayer data center in 10 months when it established a new data center just outside of Amsterdam, its second data center situated at the capital city of the Netherlands.

It’s hard to quickly sum up the extensive cloud offerings developed and marketed by IBM; the Cloud Management Services marketplace alone lists more than 500 products. Perhaps the best way to understand how IBM views itself in the cloud computing market is to take a look at its cloud adoption strategy for businesses. The corporation operates data center infrastructure services all over the world, including operations in Ireland, Brazil, Vietnam and India. The company supplements its cloud services with a staff of strategy professionals number 3,500 strong who offer consulting services for IBM’s cloud products all over the world. Obviously this corporation, which is reimagining itself as primarily focused on cloud computing, is seeking to be the global gateway to the cloud for all large enterprises. This is almost a throwback to IBM’s business successes in the decades before the 1980s when its main strategy was to provide information technologies to major corporations during the rise of the nascent digital age.

Industry partnerships have been incredibly important for IBM in terms of building a cloud computing platform which is popular with customers. Foreign partnerships like the recently renewed agreement which IBM had formed with the Philippine Long Distance Telephone Corporation has driven the company’s cloud computing services into geographically disparate markets. In the middle of May, IBM finalized a deal with Microsoft (NASDAQ:MSFT) which will add that software developer’s family of .NET languages to IBM’s Bluemix platform for developing hybrid applications.

The development of hybrid applications, which are designed to work with various software architectures for the widest app deployment possible, may be an area of research and development focus for IBM. The company recently unveiled new services through its OpenStack cloud manager which will make it easier for software developers to deploy hybrid applications built in a public cloud, such as the ones operated by SoftLayer. A partnership with United Business Group will allow IBM hybrid cloud development services like OpenStack and Bluemix to grab a greater foothold in Middle Eastern markets, specifically Kuwait.

It’s difficult to have a conversation about IBM’s cloud computing developments, or even IBM computing at large, without talking about the contributions of the company’s Watson computing system. The Watson Developer Cloud applies the deep cognitive computing abilities of Watson for developing apps with functions like concept exploration, language identification, speech-to-text transcription or visual content recognition. The 14 different application programming interfaces made available through Watson can be used in Bluemix, enabling the development of hybrid apps with robust data analysis and other tools.

Of course, the more things change, sometimes the more they stay the same. Not only is IBM setting the clock back a few decades on its business strategy, as we pointed out above, it’s doing the same thing with its storage media. An early May conference in Las Vegas was the setting for an IBM announcement that the company will work to implement a data archiving architecture that backs up data to tape. The tape system for server backup, referred to as Project Big Storage, costs less per bit of stored data than a flash drive or hard drive, making it more cost-effective. It is slower, however, and will likely be used only for archived enterprise data that does not need to be accessed on a regular basis. 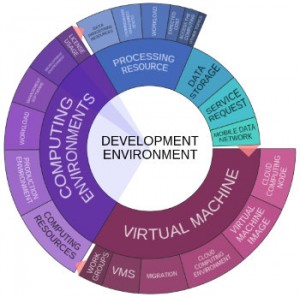 Over the past three months, IBM has been issued 95 patents from the U.S. Patent and Trademark Office related to cloud computing technologies. As readers can see in the text cluster provided, much of this innovation is focused on virtual machines and computing environments, with cloud computing services like production environments and development environments making up a decent portion of the computing focus. 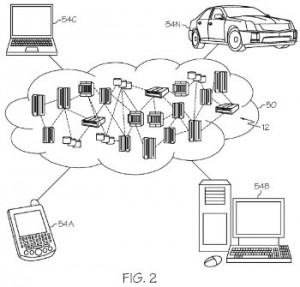 We did note an innovation developed by IBM specifically for use with hybrid applications. U.S. Patent No. 9009697, entitled Hybrid Cloud Integrator, discloses a computer program product which integrates consumer and provider data processing resources within a hybrid cloud and provides a software framework for installing, configuring, activating and controlling various plug-in software components which process a consumer workload. The innovation provides more effective management of workload processing on hybrid apps to create a seamless interface when an app is using both on-premise enterprise computing resources and off-premise public cloud resources.

We’ve discussed IaaS, PaaS and SaaS tech but one of the hallmarks of cloud computing seems to be its ability to deliver anything “as a service.” This is somewhat reflected in the technology protected by U.S. Patent No. 9027028, titled Controlling the Use of Computing Resources in a Database as a Service. The method for controlling use of a computing resource by multiple tenants in a database as a service (DBaaS) claimed here involves intercepting a task accessing a computer resource, identifying a tenant associated with the task, determining other tasks from that tenant and controlling the task so that the total amount of resource usage for all of a tenant’s tasks does not exceed the limit of computing resource usage.

Finally, we were interested in an IBM technology designed to improve schemes for provisioning cloud resources to those regions of the globe where consumers want to access services. U.S. Patent No. 9021245, titled Applying Settings in a Cloud Computing Environment Based on Geographical Region, claims a method for applying a setting that involves receiving a request for a set of resources over a network connection, identifying an address associated with a device from the request, identifying the geographic location of the device, identifying a set of settings for a set of resources based on that location and applying the set of settings to the set of resources. This innovation enables the dynamic provisioning of computing resources so that those computing resources are stored on a cloud computing server so that they are local to users requesting those resources, improving performance when accessing those resources.