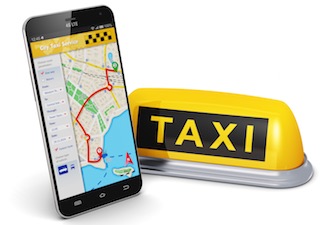 Technology is doing a great job of making business easier for non-technology companies. The recent performance of San Francisco-based Uber is good proof of this fact. Although the company’s full name is Uber Technologies, Inc., the company’s modest IP portfolio and core business suggest that Uber is a technology user, not a technology company. Uber is essentially a car service that uses an app to connect those needing a ride with those who provide a ride. On the surface it seems curious how or why so many characterize Uber as a technology company, but the company is certainly valued as far more than a glorified taxi service with an app.

Uber, which has seen its valuation improve from $330 million in November 2011 to $50 billion as of May 2015, is the world’s most valuable private start-up, leading Chinese-based Xiaomi by $5 billion, at least as judged by that company’s most recent valuation in December. The company operates on a software-as-a-service (SaaS) cloud computing model by using a software program to more efficiently deliver an actual service to consumers. SaaS models are being built for cargo transport companies, insurance providers and many other businesses. Uber is perhaps the world’s most successful company to be built on an SaaS platform but other successes like Salesforce’s customer relationship management products or PayPal’s money transfer services will be well-known to readers.

Most of the private capital raised by Uber has gone into expansion activities which has allowed the company to open operations in 58 countries and 162 cities and urban locales across the United States. The most recent round of funding, expected to bring in about $1.5 billion to the company, will help the company finance strategic partnerships according to sources cited by The New York Times.

But a question remains: Is Uber really a technology company? Essentially, Uber runs a car service and at first glance the company is no more a technology company than any other company that happens to have an app, such as your local grocery store. But as you dig deeper you start to see that Uber’s value is not in running a car service, but rather in mining all kinds of data from the devices of those using its service. In fact, Uber’s privacy policy, which governs the information users allow them to collect from their devices, is substantially longer than the document labeled “terms of service.”

Nearly all of Uber’s success has been to the extreme detriment of the American taxi industry. Independent taxi medallions, which must be held by a cab owner to provide a taxi service, were first implemented in New York City in 1937 when the Haas Act was passed by the city’s Board of Aldermen, the first major regulation of taxi services in the Big Apple. Between 2004 and 2012, the cost of a taxi medallion rose 214 percent and topped out at an all-time high of $1.3 million in 2013. As of this March, taxi medallions are now worth about $840,000, having lost about a quarter of their value in about two years.

The city of Chicago has seen a similar situation play out. About 7,000 taxis make up America’s second-largest fleet of taxis and taxi medallions here have seen a similar peak and decline in value. Median sale prices for Chicago taxi medallions rose from $70,000 in 2007 to $357,000 in late 2013, but that median price has fallen to $257,000 as of the first quarter of 2015. As USA Today reports in the story linked in the previous sentence, taxi drivers are miffed that Uber drivers do not face strict vehicle inspections, can adjust fares based on demand and do not require a chauffeur’s license, all of which poses an unfair advantage in the eyes of cab drivers.

The issue has grown so contentious that Uber is in the center of a growing debate over regulations affecting the activities of ride sharing programs. On May 28th, the New York City Taxi and Limousine Commission (TLC) will host a public hearing regarding proposed rules on digital services for for-hire-vehicles (FHVs). The proposed rules would seek to enhance existing requirements for FHV firms operating a smartphone app for a dispatch service. If adopted as written, the new rules would require FHV providers to submit trip records to the TLC and establishes certain prohibitions on the types of vehicles that can be dispatched. According to the TLC, the rules are mainly intended to collect information so that consumers have more knowledge about the identity of a dispatched driver and to prevent against liabilities that could arise when drivers get into an accident. As the background to the proposed rules on this official NYC website observes, the more than 65,000 FHV operators working in New York City outstrips the 50,000 licensed yellow taxi drivers and the TLC needs to have more information about those operations.

Of course, threaten the profitability of one company built upon a technological platform and the entire Silicon Valley cavalry comes thundering in like the charge of the Light Brigade. The Internet Association, which represents such major tech companies as Google, Twitter, Yahoo! and Facebook, has already fired off a letter to New York City Mayor Bill de Blasio charging the TLC with threatening the progress of innovation in that city. Major problems with the proposed rules include an alleged $1,000 fee for any software developer wanting to offer software; as these high-tech behemoths are quick to point out, that fee makes it difficult for small players in the market. The group is also horrified at the prospect that dispatch software would require review by a city agency prior to approval.

Interestingly, however, these weren’t issues that actually came up in the language of the TLC’s proposed FHV rules. There are a couple of penalties in the proposed rules which do have fees attached to them. However, those are limited to vehicle dispatch and information collection procedures and the greatest fine established by these rules is $400. The easy access to dispatch services because of more robust smartphone applications is cited a couple of times as a reason for the rules change but this writer has seen nothing in these rules constituting TLC veto power over ride sharing application updates, which has been charged by opponents of the new proposed rule.

The Taxi and Limousine Commission does hold some power over applications for FHV services, but those rules have been in place since February of this year. Digging a little deeper into these rules and it’s clear to see that the $1,000 penalty which is being decried by the Internet Association has actually already been in place for months for E-Hail applications, which the TLC defines as a software application allowing a user to locate available taxis and send an electronic hailing request. The rules impose a $1,000 fine for any E-Hail application providers who do not notify the TLC of material changes to their application. Another $1,000 fine can be levied on an E-Hail application provider who continues to offer an application after a license has been revoked; the rules also mandate strict customer notification practices. There is a $50,000 bond per E-Hail application required by the licensing process, but the Internet Association seems to have either misread the rules or they’re misrepresenting their impact on companies: there is no $1,000 “pay to play” fee for offering an E-Hail application in New York City.

Where Is Uber’s Value, Exactly?

According to Innography’s IP portfolio analysis tools, Uber only has 15 patent applications filed with the U.S. Patent and Trademark Office and it only holds one active U.S. patent. It stretches the imagination that such a small patent portfolio could support a $50 billion valuation. Either there is extraordinarily irrational exuberance associated with Uber or there is more than meets the eye.

Maybe the extraordinary valuation for Uber, which by outward signs is nothing more than a car service, is due to the collection of personally identifiable information and profile building. Could it be that Uber is so valuable in spite of being a taxi service with an app because of what information its users give them the right to collect and use?

Consumers might be concerned to learn about Uber’s poor track record with handling private data. One company executive was investigated internally at the company for improperly tracking the private travel records of a journalist using Uber data. One venture capitalist had his NYC Uber travel information broadcast in real-time during a Chicago Uber launch party; he found out because a contact at the Chicago party was able to text him and pinpoint his location during his ride. The company has not officially confirmed the existence of a “God View” which provides real-time tracking but it’s quite possible that Uber activities may flout federal and state-level regulations pertaining to data privacy.

Just the fact that Uber’s blog once had a post, now removed, where it discussed tracking one-night stands, which were referred to as “Rides of Glory,” would seem to be reason enough to distrust Uber’s interests in collecting private information. Also alarming is that users must accept that Uber is collecting private, personally identifiable information about users and also obtaining other information from outside sources to create a more complete personal profile of users. In fact, the Uber privacy policy explains:

Back to the most recent round of venture capital funding. As we noted above, the funds raised most recently will be used not for expansion plans but for developing strategic partnerships. But what kind of partnerships? And what could they have that’s so valuable to warrant an additional $1.5 billion in funds? Perhaps it’s just their cost-effective business model. But the true value of Uber could very well be its unsavory data mining and data sharing practices.