Mixed Reviews for the PATENT Act in the Senate 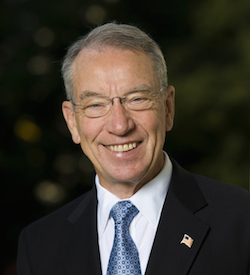 The long awaited Senate alternative to the Innovation Act (H.R. 9) introduced in the House of Representatives has finally arrived. The Protecting American Talent and Entrepreneurship Act (the PATENT Act, S. 1137), introduced in the Senate on Thursday, April 30, 2015, is the latest patent reform bill. Despite what the name suggests, the proposed legislation has nothing to do with either talent or entrepreneurship. The PATENT Act is the Senate compromise that at least in some ways moderates the Innovation Act.

The naming of the PATENT Act, which includes flag waving terms, is creative if nothing else. How could anyone be against protecting America, talent and/or entrepreneurship? Still, the forced naming convention so that it spells out PATENT borders on the ridiculous. Exactly who comes up with these names, and who could think it is a good idea to name a bill something that it is not so that it spells out the subject matter it will regulate?

Despite the misnaming of the bill, the initial reaction to the PATENT Act has been cautious and carefully optimistic. Many of those who have been more forcefully opposing the Innovation Act in the House have acknowledged that the PATENT Act is a step in the right direction, but they are also quick to explain that more work remains to be done.

Still supportive, but less enthusiastically, were Universities. “We thank the Senate sponsors of the PATENT Act for listening to the concerns of the higher education community in drafting this legislation,” explained the so-called university statement, which comes from the Association of American Universities (AAU), the American Council on Education (ACE), the Association of American Medical Colleges (AAMC), the Association of Public and Land-grant Universities (APLU), the Association of University Technology Managers (AUTM) and the Council on Governmental Relations (COGR). The statement went on to conclude: “[T]his bill is a substantial improvement over H.R. 9… [because it] takes a more measured approach to addressing the abusive litigation practices of patent trolls wile protecting the integrity of our patent system.” The statement also specifically notes that the fee-shifting and joinder provisions, which have most concerned universities, have improved, although further amendments may be necessary and could receive university support.

The initial analysis of the PATENT Act by the Innovation Alliance was far less kind. “While this bill incorporates some welcome improvements over earlier versions, we must oppose its adoption as introduced,” explained Brian Pomper, the Executive Director of the Innovation Alliance. “Passages of this act would cripple the ability of legitimate U.S. patent owners to protect their ideas from infringers, both in the United States and overseas.” The main stumbling block identified by Pomper relates to the customer stay language. Pomper explains that while the summary of the bill provided by the Senate Judiciary Committee suggests that the customer stay provisions would apply only to those at the end of the supply chain, the language in the proposed legislation does not so limit stays. The concern consistently raised by the Innovation Alliance is that anyone could be a customer, including large corporations. “Congress must ensure that any ‘customer stay’ provision does not effectively immunize from liability large companies that use infringing technology and leave patent owners without redress for infringement by foreign manufacturers outside the jurisdiction of the U.S. courts,” Pomper stated.

The Biotechnology Industry Organization (BIO) was similarly pessimistic, although willing to grant that the Senate alternative is an improvement over the Innovation Act. “The PATENT Act is clearly a positive step toward building a greater consensus among patent stakeholders on ways to target abusive litigation tactics., BIO explained. BIO pointed specifically to “pleading requirements, discovery stays, and mechanisms for fee recovery against shell companies” as reflecting “noticeable improvements over H.R. 9.”

But then the hammer drops. According to BIO, any patent reform bill that does not address abusive filings of inter partes review (IPR) petitions will be opposed. The statement explains:

“We note with disappointment that the bill introduced today does not contain any of the critically needed reforms to prevent the continued exploitation and abuse of the PTO’s inter partes review (IPR) proceeding against patent owners. However, we appreciate the acknowledgment by Chairman Grassley and other co-sponsors of the need to include such reforms as the bill proceeds through the Committee’s process, and BIO pledges to work with these leaders to include such important provisions. But any patent bill reported by the Senate Judiciary Committee that does not meaningfully reform the IPR system would lack a sense of balance and thus would be opposed by BIO.”

The pharmaceutical and biotechnology industries are livid about what many refer to as “the Kyle Bass problem,” and it seems as if BIO is pushing all their chips into the center of the table in an effort to get an IPR fix into the PATENT Act.

In one way it is interesting that an IPR fix is of such great importance given that the pharmaceutical industry lobby was among the most efficient and effect with respect to passage of the America Invents Act (AIA), which created administrative post grant review procedures. It is also interesting given that most did not believe that pharma and bio would find many, if any, patents subjected to post grant challenges. But Kyle Bass, the head of Hayman Capital Management, changed everything. Bass has embarked on a strategy of making money in the stock market by invalidating patents. Bass has filed several petitions for IPR at the United States Patent and Trademark Office (USPTO) asking the Patent Trial and Appeal Board (PTAB) to invalidate patent claims covering drugs. According to the Wall Street Journal and others, after filing the IPR Bass then either shorts the stock of the company owning the patent, or he buys shares in companies that would be benefited by the patent claims becoming invalidated. Bass focuses his IPR requests on companies that have disproportionate revenues from a single drug. What Bass is doing is alternatively characterized as creative and brilliant, or evil and abusive.

Regardless of how you characterize the Bass IPR strategy, virtually everyone seems to believe that eventually there will be a legislative fix. The fix could become quite complicated though and might call into question the vitality of post grant proceedings at the USPTO. Therefore, there is some doubt about how quickly a fix will come. If a suitable legislative fix is incorporated into the PATENT Act that would virtually assure that pharma and bio would put their considerable lobbying might behind the legislation.

Senator Chris Coons (D-DE) echoed the concerns of BIO, saying he was “disappointed to see that the PATENT Act lacks any support for patent-holders facing well-documented abuse in post-grant proceedings.” Coons went on to say that IPR abuse “is actively undermining our nation’s ability to invest in high-risk ventures and break new ground in our fight against diseases from Alzheimer’s to Multiple Sclerosis.” Not surprisingly, Coons believes that putting an end to fraudulent demand letters and raising pleading standards in patent cases, as does his STRONG Patents Act, “will address the legitimate concerns of end-users while maintaining our vibrant and diverse innovation economy.”

The next stop for Patent Reform in the Senate will take place on Thursday, May 7, 2015, at 10:00am in the Dirksen Senate Office Building.