Google collects patents while lobbying against them 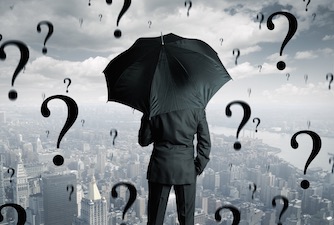 For some companies it seems like they can never have enough patents. For over a generation now IBM has received more U.S. patents each year than any other company. Oddly, however, the same seems to be true of Google (NASDAQ:GOOG). The Mountain View-based technology corporation earned the 8th-most patents from the U.S. Patent and Trademark Office last year with 2,566 U.S. patents granted. But to be polite, the Google view of patents seems hyper-nuanced. In one breadth they condemn patents, the patent system and patent owners, and in another breadth they can’t acquire patents fast enough. It is fair to say that there is more than meets the eye when it comes to Google’s patent strategy.

Through third-party acquisitions and Google’s own home grown innovation the company is spending a kings ransom to acquire more patents, and paying steep fees to fast track their portfolio to acquire those patents quicker. At the same time Google is collecting patents the company is spending tens of millions to weaken patent rights, which doesn’t make any sense. As Google advocates positions that weaken patent rights for innovators the result will be many billions of dollars lost due to devaluation of their own patent portfolio. Shareholders, Members of the Google Board of Directors, and Members of Congress need to ask Google whether they are misusing company funds to acquire patents that are continually devalued by Google’s own lobbying efforts.

For example, over a two-week period in May, Google is hoping to “remove friction from the patent market and improve the landscape” through a Patent Purchase Promotion program. For a limited time, between May 8th and May 22nd to be exact, Google will be accepting offers to sell patents. During this defined time, Google says they will have a streamlined portal for patent holders to divulge details about the patents they hold and wish to sell to Google. Potential sellers will set a price for their patent and Google says they will either accept or decline without negotiating. Google promises to pay patent owners by the end of the summer if they decide to purchase.

It’s great to see that the company, which popularized the corporate catchphrase “Don’t Be Evil,” is taking action to broaden their patent portfolio, but how this purchase plan will lead to a better patent system, as the company explains, is not obvious. Of course, some are suspicious of Google’s motives, particularly given the timing and with patent reform heating up in Washington, DC. But if the company still intends to not be evil there is no reason for questioning motivations. Still, it is hard to forget that Google also promised not to be evil with the patents acquired from Motorola and then subsequently was adjudicated to be a patent troll with respect to those patents. Indeed, Google’s patent history has been checkered, at times seemly schizophrenic.

Google understands the value of patents

Google absolutely understands the value of patents. Indeed, the lasting value of patents is something that executives at Google have understood from the earliest days of the company’s existence. Those who’ve come to see the company as synonymous with an Internet search engine and a domain name may be surprised to learn that Google put its name on a patent eight months before it ever registered Google.com as a website.

U.S. Patent No. 6,285,999, entitled Method for Node Ranking in a Linked Database, claims priority from a U.S. provisional patent application filed January 10, 1997. The patent protected a computer-implemented method of analyzing linked databases to score a plurality of linked documents. To quote directly from the patent’s abstract: “The method is particularly useful in enhancing the performance of search engine results for hypermedia databases, such as the world wide web, whose documents have a large variation in quality.” According to domain name registration data available at Whois.net, google.com wasn’t created as a domain name until September 15, 1997. Thus, it seems for Google it was more important to file the patent application for their search engine ranking technology than it was to register the website that would go on to process an average of 3.5 billion search queries every day. So despite what Google lobbyists may say in as they lobby patent issues on Capitol Hill, the company has always supported a strong patent system, at least for themselves.

Google has built a tremendous portfolio of intellectual properties through patent filing activities that began to pick up steam in the early 2000s and have been pretty colossal in the past few years. It is interesting to note that while Google has been pushing for patent reforms and making the case that software patents are unnecessary and the root of all evil, Google’s own patent activities have literally launched forward.

Google is also incredibly savvy when it comes to using the U.S. patent system. In previous articles on IPWatchdog.com we’ve noted how Google has been utilizing the fast-track patent examination system put in place by the America Invents Act at an incredible rate. For example, as of October 26, 2014, Google had obtained 875 U.S. patents from the USPTO fast-track system, far outpacing 2nd-place Huawei Technologies total of only 147 patents via fast-track. Given Google’s willingness to pay an additional $4,000 per application to obtain a patent within 12 months questions can and should be raised about whether the U.S. has a patent system that currently supports Google innovation better than it supports American innovation generally.

While there has been much renewed talk about patent trolls thanks to HBO’s John Oliver popularizing the issue recently, it is worth noting that the patent troll problem has never been as problematic as advertised. Patent owners actually do prevail in patent litigation, which means there is infringement of a valid patent. Litigation also substantially decreased during 2014 even though changes in law made by the America Invents Act (AIA) actually require patent owners to file more lawsuits because they are prevented fro suing large numbers of infringers in a single action. But the fact that the patent troll problem is not as severe as advertised does not mean there are no bad actors. There are some bad actors, but the Federal Trade Commission and State Attorneys General are going after those who send fraudulent demand letters, and Congress is already considering granting more weapons in the fight against those who prey on the unsophisticated with deceptive tactics.

It is also worth noting that aggressive, potentially abusive behaviors happen from both plaintiffs and defendants in patent litigation – no one is every truly innocent in patent litigation. Furthermore, there is a troubling new force in the patent system: the patent hippo, munching up whatever it can find. As patents have become devalued there are buyers in the marketplace, and Google has been a hungry, hungry hippo in recent years.

How convenient that the policies and positions advocated by Google have lead to patents being devalued, particularly the software patents that relate to Google’s core business. Could it be that Google has been advocating for policies that weaken the patent system, both at the Capitol and in courtrooms across America, so that they can swoop in as a buyer? Can you imagine the buying power Google has now compared to what they would have had even several years ago? In addition to sitting on over $62 billion in cash, Google led the charge to devalue patents across the board, including their own.

Of course, all of this begs an essential question. If patents are so bad and Google has to spend so much money lobbying to weaken the patent system, why is the company simultaneously buying patents and racing to quickly patent their own original innovation? There seems to be a disconnect between what Google says and what they do. Could it be possible that Google has taken such strong anti-patent positions in an attempt to drive down the market for software patents so they can continue to collect patents at steep discount? That would be quite troubling, but there is no question that as Google rhetoric against the patent system has increased so to has their taste for patents, just look at the trendline chart.

It is well past the time for both Google shareholders and Members of the Board of Directors to start asking difficult questions. They should be asking why Google is spending so much money to patent innovations when they claim that patents are unnecessary and do nothing more than get in the way of innovation. They should be asking why the company is spending tens of millions of dollars lobbying to weaken the patent system, which necessarily will devalue Google’s own massive investments in their own patented technologies, not to mention the patents they acquire, including those they acquired from Motorola for the staggering price of $12 billion.