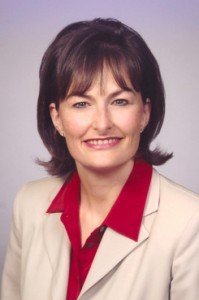 Earlier today the Senate Judiciary Committee held an Executive Business Meeting of the Full Committee in the Dirksen Senate Office Building. On the agenda were three judicial nominations, including the nomination of Kara Stoll to the United States Court of Appeals for the Federal Circuit. Stoll was nominated to serve on the Federal Circuit by President Barack Obama on November 12, 2014.

In a unanimous vote the Senate Judiciary Committee approved the Stoll nomination, which now moves on to the full Senate. If confirmed Stoll would take the vacant spot created by the retirement of Judge Randall Rader.

Stoll is currently a partner with Finnegan, Henderson, Farabow, Garrett & Dunner, LLP. She has focused her practice on patent litigation appeals before the Federal Circuit, the court on which she has been nominated to serve. Stoll has represented clients in more than 35 appeals, covering a wide range of technologies and legal issues. In addition to her experience representing clients before the Federal Circuit, she has also represented clients in appeals to the Patent Trial and Appeal Board (PTAB) of the U.S. Patent and Trademark Office (USPTO).

Stoll is a “patent person” through and through, and she will be an excellent addition to the Federal Circuit. In addition to her wealth of appellate and litigation experience at Finnegan, she spent six years at the USPTO, serving first as a patent examiner in the area of computers and display technologies, then as a law clerk with Solicitors Office and a law clerk the Board of Patent Appeals and Interferences, which was the predecessor to the PTAB. After leaving the USPTO Stoll also clerked for Judge Alvin Schall of the Federal Circuit.

Stoll’s technical training is as an electrical engineer, with a degree from Michigan State University. Her law degree is from Georgetown University.

Kara Stoll is the sister-in-law of Robert Stoll, a partner at Drinker Biddle and former Commissioner for Patents at the USPTO.