House Bill Seeks to End Diversion of Fees from the USPTO 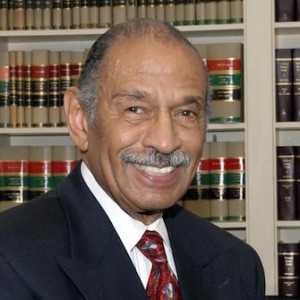 The Innovation Protection Act, one of the lesser known patent bills percolating in Congress over the past few years, would provide a source of permanent funding for the USPTO.  The fees collected by the USPTO would remain available to the USPTO until expended. This common sense idea has been floated for years, but it never seems to go anywhere. Appropriators have been unwilling to commit to allowing the USPTO to keep user fees, diverting $1 billion worth of collected fees from the USPTO according to the Intellectual Property Owners Association. This may not seem like much but is a lot of money, but for an agency the size of the USPTO it is a lot of money. Consider that the fiscal year 2016 budget request from the USPTO was for $3.2 billion, and compare this with the fiscal year 2006 budget of $1.3 billion, or the fiscal year 2001 budget of $1 billion, and you get a sense of just how devastating losing $1 billion has been for the USPTO.

The bill was previously introduced by Congressman John Conyers, Jr. (D-MI) on October 28, 2013, and would go further than the fee provisions contained in the America Invents Act (AIA). The law current still requires Congress to appropriate funds to the USPTO, so fee diversion continues to be a possibility.  At the time the bill was introduced in 2013, it was cosponsored by Congressman Melvin Watt (D-NC) and Congressman Doug Collins (R-GA). The bill would ultimately gain 16 cosponsors. Despite bipartisan support from cosponsors, the last action taken on the bill during the 113th Congress was for the bill to be referred from the House Judiciary Committee to the Subcommittee on Courts, Intellectual Property and the Internet.

Undeterred, the Innovation Protection Act was once again introduced in the House of Representatives last week as H.R. 1832. It was again introduced by Congressman Conyers, who upon introduction explained that the current agreement brokered under the America Invents Act (AIA) “has failed the patent system by not preventing the diversion of nearly $150 million in collected user fees in fiscal year 2013 due to the sequester and the estimated $1 billion in fees diverted over the last two decades.” Conyers went on to say that fee diversion constitutes “a tax on innovation in this country, and this bill would repeal it.” 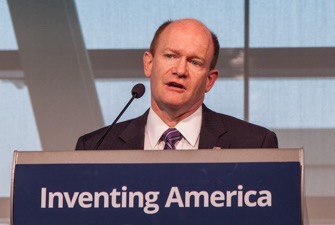 In the Senate, Senator Chris Coons (D-DE) has introduced the STRONG Patents Act, which among other things would similarly allow the USPTO to keep their collected fees. Speaking at an event at the Newseum in Washington, DC, on March 5, 2015, Senator Coons explained that his bill would achieve the dream of “ending patent fee diversion from the patent and trademark office.” Senator Coons would go on to say that putting an end to fee diversion would put an end to Congress using money from the PTO “to fund other pet projects as it has for much of the last 20 years.”

Mechanically, the Innovation Protection Act would establish a United States Patent and Trademark Office Public Enterprise Fund to be used as a revolving fund by the Director of the USPTO without fiscal year limitation.  This is important because it would allow the USPTO to save funds for future use, as well as plan ahead for expensive capital investments. In short, removing the fiscal year limitation would give the USPTO far more control over its own budget and allow for greater operational management, flexibility and budgeting for anticipated future growth and obligations.

The Public Enterprise Fund would cover: (1) ordinary and reasonable administrative, operating, and other expenses incurred by the Director for the continued operation of USPTO services, programs, activities, and duties relating to patents and trademarks; and (2) expenses incurred pursuant to obligations, representations, or other commitments of the USPTO.

The legislation also requires the Director, on an annual basis, to report to Congress with operation and spending plans, including financial details and staff levels broken down by each major activity. The legislation would also require an independent audit of USPTO financial statements and the submission of a budget to the President.

We will see whether the Innovation Protection Act gains more traction in this Congress. Thanks to Senator Coons there is a bill with a similar proposal circulating in the Senate, but when it comes to the USPTO keeping user fees history tells us that outside of a handful of committed Members of Congress there is little appetite for such legislation on Capitol Hill.

Congressman Sensenbrenner (R-WI):  “I have long supported efforts to allow USPTO to use their patent application fees to upgrade the agency’s operational effectiveness and reduce backlogs. This bipartisan bill would improve the operations of the U.S. Patent and Trade Office and prevent the government from using money collected to process patents and copyrights for other purposes.”

Congressman Nadler (D-NY): “Many of the challenges currently facing the patent system, especially the need to increase patent quality, could be solved if the USPTO had adequate funding.  The Innovation Protection Act would help ensure that the USPTO has the resources it needs by ending fee diversion.  I appreciate the leadership of Ranking Member Conyers on this important issue, and I am proud to join him on this legislation.”

Congressman Franks (R-AZ): “Fueling the engine of genius, industry, entrepreneurship, and innovation is a bipartisan issue.  It is the role of Congress to protect this free-market economic engine.  I am happy to support Mr. Conyers’ bill, The Innovation Protection Act, which protects inventors, and the current user-fee system, by placing those fees in a separate fund to prevent them from being raided for other purposes.  As a patent holder myself, I firmly believe American inventors should get what they pay for – timely and thorough review of their patent applications.”

Congresswoman Lofgren (D-CA):  “The staff at the U.S. Patent and Trademark Office helps protect true innovation and cracks down on bad patents that stifle invention and entrepreneurship.  But when patent fees are endlessly siphoned away from the agency, the Patent Office can’t effectively examine the flood of applications they receive each year.  That’s why this bill is so important – it permanently restores the fees paid by patent applicants to the PTO and helps move our innovation economy forward.”

Congressman Collins (R-GA): “The role that the Patent and Trademark Office plays in granting and arbitrating the patent rights enshrined in our Constitution cannot be understated.  They are stewards of the building blocks of innovation and creativity.  I’m pleased to join a bipartisan group of intellectual property leaders and bring a permanent end to fee diversion at the PTO.  The fees that applicants pay to the PTO should go back to the office and be used to better serve America’s inventors.  Promoting efficiency and quality at the PTO is the responsibility of Congress, and this legislation would go a long way to furthering those goals.”

Congressman Deutch (D-FL): “If we want a patent system capable of protecting innovators and enforcing higher standards, responding to claims quickly and reducing costly and cumbersome litigation, then what we need is a fully funded and fully functional U.S. Patent and Trademark office.  The Innovation Protection Act represents a bipartisan and commonsense effort to begin meeting that need, and I look forward to working with U.S. Reps. John Conyers and Jim Sensenbrenner to advance this legislation in the 114th Congress.”

Congressman Rohrabacher (R-CA): “The shifting of fees from their rightful place at the U.S. Patent and Trademark Office has been nothing short of a scandal, depriving inventors and those who invest in them of a timely and careful examination process.  The backlog of patent applications effectively lessens the USA’s competitive position in the world.  This needs to be fixed.  I am happy to co-sponsor this bipartisan effort, which aims to restore American pre-eminence in global innovation.  Our creative geniuses have suffered from this bureaucratic dysfunction for too long.  Passage of the Innovation Protection Act will signal that Congress is coming to their rescue.”

Congressman Jeffries (D-NY): “The Innovation Protection Act is a good step in the right direction. It will provide much-needed funding and resources the USPTO needs as it continues to grow and provide world-class service to innovators and entrepreneurs across America. It is my hope that this common-sense, bipartisan measure will pass through this Congress and be signed into law as quickly as possible.”