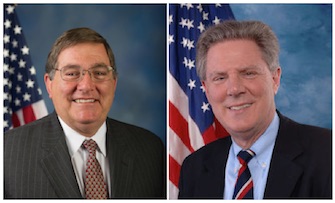 Patent reform was again on the agenda in the House of Representatives on Thursday, April 16, 2015, with a hearing in the Commerce, Manufacturing and Trade Subcommittee of the House Energy & Commerce Committee. The subject of the Commerce Subcommittee hearing was the Targeting Rogue and Opaque Letters Act, which is more commonly referred to as the TROL Act. The TROL Act was introduced during the 113th Congress and as Subcommittee Chairman Congressman Michael Burgess (R-TX) explained it passed the subcommittee with bipartisan support. Still, Burgess explained during his brief opening statement that he believed “the text could be amended narrowly to achieve better protections for recipients of demand letters.”

Congressman Burgess also expressed concern over the growing trend in the States to regulate the issue of patent trolls. “Unfortunately, many states have unintentionally created problems for patent holders in trying to address the harms created by bad actors,” Burgess explained. “Federal Circuit jurisprudence preempts all but a narrow set of cases in the demand letter context.”

Indeed, there is great concern within the industry about the randomized and divergent treatment of demand letters at the State level. Patents are a federally granted property right and it does not make sense to have each State impose separate and sometimes distinct requirements on a patent owner’s exercise of that right.

Burgess would go on to address Nebraska’s attempt to “enjoin MPHJ from victimizing Nebraska businesses and residents.” Burges explained:

Ranking Member Congressman Frank Pallone (D-NJ) began his opening remarks by saying “The patent system plays a crucial role in promoting innovation by providing an incentive to inventors to make costly and time-consuming investments in research and development of new inventions.” He would then go on to briefly describe the efforts to combat abusive demand letters at the State level, leading him to ask what he characterized as the simple question before the Subcommittee: “Are those current efforts enough to combat the problem or should Congress legislate in this area?” He then explained that he supports efforts by Congress to ensure that States and the FTC both have the enforcement tools they need to combat fraud and deception. Pallone also seemed to take issue with Burgess’ concern about State involvement, saying: “States may be particularly well-suited to handle these issues because they best understand the circumstances of their residents.”

Ultimately, Pallone said that he cannot support the TROL Act as it is written because “it includes problematic language that does not move us forward.” Pallone pointed to the fact that the TROL Act creates “a knowledge standard, one not typically needed to prove fraud and it preempts stronger state laws… The goal of this legislation might be well intentioned but the drafting is flawed.”

Of course, we have been told that the goal of demand letter reform is to prevent fraudulent and misleading letters sent by patent owners. The term “fraud” is generally defined as “an intentional perversion of truth for the purpose of inducing another in reliance upon it…” See Black’s Law Dictionary (6th Edition). Similarly, the term “misleading” is defined generally as “calculated to lead astray or to lead into error.” See Black’s Law Dictionary (6th Edition). If the goal is to stop fraudulent and misleading demand letters I’m not sure how you can do that without some kind of a knowledge requirement. Without a knowledge requirement the law could make any statement that turns out to be incorrect actionable, which would go well beyond the stated purpose of the legislation. It would also have an extreme chilling effect on communications from patent owners to prospective licensees, many who have chosen a path forward as a tortfeasor (i.e., infringer).

Picking up on this last point, one of the witnesses at the hearing was Diane Lettelleir, who is Senior Managing Counsel for J.C. Penney. Lettelleir urged the Subcommittee to adopt legislation that would make it virtually impossible for innovators to engage in the legitimate practice of contacting those that they believe are potentially infringing in an attempt to initiate licensing discussions. For example, the TROL Act contains protections for innovators who routinely license their innovations and need to be able to institute a dialogue. Lettelleir urged the Subcommittee to remove the requirement of “a pattern or practice of sending” demand letters so that “even a single communication sent in ‘bad faith’ would be considered an unfair or deceptive act or practice.” Interestingly, Lettelleir’s next recommendation is to eliminate the definition of “bad faith” altogether because “recipients of demand letters can be harmed by misrepresentations or omissions regardless of whether the party making them knows them to be false or misleading.” Thus, it would seem that Lettelleir wants patent owners to be liable for sending letters that may later be revealed to include false statements even where the patent owner didn’t know at the time the letter was sent that what they said was false. Even worse, under the Lettelleir proposal letters that make omissions would also lead to liability, and without a knowledge or intent standard omissions made even absent the intent to deceive would seem to lead to liability. To cap things off Lettelleir also asked the Subcommittee to remove the affirmative good faith defense. It seems that good faith or bad faith just doesn’t matter. Lettelleir and J.C. Penney want patent owners to not be able to send letters.

Interestingly, later during questioning from Congressman Burgess, Lettelleir explained: “Huge owners of patent rights who are very interested in preserving the right to innovate and the right to protect those innovations… support the changes we’re suggesting to this legislation…” While there are certainly some large patent owners that do side with J.C. Penney, there are a great many who are completely and directly opposed to the suggested changes. For example, Qualcomm has very publicly discussed the need to be able to have assurances that they can engage in legitimate licensing discussions and supports a good faith defense. Similarly, at this very hearing David Long, a partner with Kelley Drye & Warren, testified on behalf of the Innovation Alliance in support of the legislation, calling the legislation “the type of balanced, targeted measure appropriate for addressing bad faith demand letters while respecting patent rights and legitimate communications used to efficiently reach reasonable business solutions to patent infringement concerns.”

Ironically, if the standard Lettelleir suggested be applied to patent owners were applied to her remarks they would have been actionable because she omitted the crucial fact that many innovators disagree with her desired legislative changes. I’m sure she would disagree that she omitted anything, but if you say there patent owners support your position and leave out that there are many falling within the class of patent owners who oppose your position that seems to be a clear omission. It is also an example of the problem with her offered standard. Is making your position known in a way that best articulates your client’s position an actionable omission? Such a standard would be extraordinary, and it would seem to have all kinds of First Amendment problems. Sure, Congress can prevent false speech, but can they require fair and balanced speech? If yes, who decides?

Of course, Lettelleir’s omission, or misrepresentation depending on your point of view, seems commonplace for J.C. Penney. Indeed, J.C. Penney has been willing to engage in misrepresentation to get what they want in the patent reform debate. Indeed, in February, J.C. Penney CEO, Myron Ullman, co-authored an op-ed that appeared in the Wall Street Journal supporting patent reform. In the op-ed article Ullman, who was joined by Cisco CEO John Chambers, relied upon the thoroughly debunked Bessen-Meurer study that erroneously claimed that so-called patent trolls cost companies an estimated $29 billion a year defending patent lawsuits. See Patent reforms resort to misrepresentations in WSJ op-ed. So debunked is this estimate that Bessen and Meurer have retreated from the estimate themselves.

Other witnesses were more even handed in their testimony. In responding to a question from Congressman Burgess about the trajectory of the demand letter problem, Professor Gregory Dolin explained:

“I would like to answer your question by pointing out that one person’s patent troll is another person’s innovator. Certainly I am not here to dispute that there are bad actors in the system just like there are bad actors in any system. Just like there are bad actors in medical malpractice litigation or any other civil litigation so I certainly agree that there are actors who deform the system and those should be dealt with. But non-practicing entities and patent assertion entities include our universities who develop cutting edge technologies. They include companies that allow people to invest money in innovation and essentially provide funds to small inventors. So on one hand certainly there are these mom and pop shops that are faced with bad faith demand letters and those should be protected but let’s not forget that on the other side there are equally small mom and pop shop innovators who come up with new research technology that ultimately is used to develop new cell phones, new medications, new machinery that actually makes our lives so much better. So I think the problem is there. I think that — but the problem is I don’t think is as bad as has been portrayed and I think that problem, just like many problems, has two sides.”

Time will tell what happens with the TROL Act, which seems to share more in common with the STRONG Patents Act in the Senate than it does with the Innovation Act, which seems poised to soon pass the Judiciary Committee again and go to the House floor for a vote.

For the latest on patent reform please see: