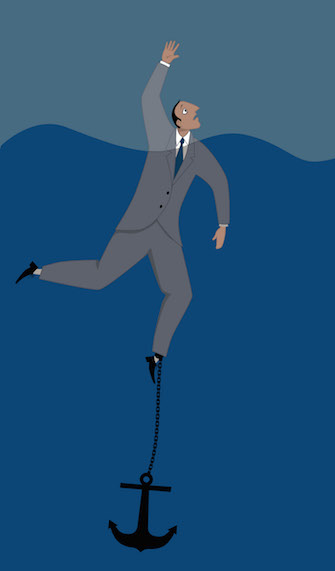 Many of the provisions of H.R. 9 would unnecessarily undermine the enforceability of all U.S. patent rights, even when clearly valid patents are being enforced in good faith against clearly infringing actors. While a consensus on measures to target abusive behavior in patent litigation is achievable, the sweeping provisions of the Innovation Act cannot be supported.

A wide and diverse group of stakeholders from throughout the U.S. economy – including the university, individual inventor, biotech, pharmaceutical, venture capital, medical device, and startup communities – have repeatedly articulated specific concerns with H.R. 9 and offered changes to address those concerns while still targeting abusive behavior in patent litigation. These efforts have not led to the significant changes necessary to keep H.R. 9 from harming the U.S. economy.

In the time since the Innovation Act first passed in December of 2013, multiple changes to the patent legal landscape have reduced the patent litigation rate by 18 percent year-over-year from 2013 to 2014. The U.S. Supreme Court decided six patent cases in 2014, which together make it easier to defeat weak patents, harder to prove infringement, and easier for courts to impose attorney’s fees and costs on those who file abusive lawsuits. Recent studies found that courts have invalidated between 70 and 80 percent of patents challenged under the Supreme Court’s Alice v. CLS Bank International decision, and that fee awards to prevailing accused infringers have quadrupled since the Supreme Court’s decision in Octane Fitness v. Icon Health & Fitness. In addition to these court decisions, the Judicial Conference of the United States adopted changes to the Federal Rules of Civil Procedure that would hold patent cases to the same heightened pleading standards as other federal cases. Moreover, the new inter partes review system (“IPR”) created by the America Invents Act of 2011 provides a faster and less expensive means to challenge weak patents and has had a profound impact on the patent landscape. Since the U.S. Patent and Trademark Office began implementing the IPR system in late 2012, more than 2500 IPR petitions have been filed. Of those proceedings reaching a final decision, fully 80% of the involved claims have been found outright unpatentable, and only around 35% of challenged claims have survived the proceeding without changes. Finally, the Federal Trade Commission and state attorneys general have increasingly asserted their authority to protect consumers from abusive patent demand letters.

Congress should fully consider the still-emerging impact of these judicial and administrative developments before considering further changes to the patent system. Unfortunately, inasmuch as H.R. 9 appears to virtually identical to the Innovation Act that passed in late 2013, the bill before the Committee takes none of these developments into account. The goal of any patent legislation should be to narrowly target abusive behavior without harming America’s innovation economy. H.R. 9 does not meet this goal because it contains overbroad provisions that will harm the U.S. economy and increase rather than decrease patent litigation.

One example of an overbroad and harmful provision is the customer-stay provision in Section 5. We understand this provision to be motivated by a desire to protect innocent customers from patent litigation suits that would more appropriately have been brought against the manufacturer of the infringing product. As drafted, however, the customer-stay provision in H.R. 9 would immunize from liability virtually any entity accused of patent infringement and encourage unscrupulous actors to copy U.S. technology. Its overbreadth would entitle nearly all entities throughout the supply chain – not just end users – to a stay. The customer-stay provision in H.R. 9 will prohibit the defense of patent rights where it makes most sense – against entities in the supply chain that are directly infringing the patent and profits most from the infringing sale. Instead, it would require innovators to attempt to enforce their rights piece by piece, starting with indirect infringement cases against entities far up the supply chain who are often overseas and outside the jurisdiction of United States.

The result in many circumstances will be to increase litigation, shield entities profiting most from infringing the patent rights of U.S. companies, and leave U.S. innovators with virtually no recourse to enforce their rights. Judges currently have the authority to stay litigation against a customer when a suit is better lodged against a manufacturer, and they have done so in appropriate cases. Some complain that judges are refusing to exercise their discretion to stay cases in circumstances in which it is manifestly unjust for them to do so. If so, a better approach to the customer-suit exception would be to define the set of factual circumstances in which a decision to deny a motion to stay an action would be so manifestly unjust that it should be required in those instances. Another way to target the legislation more appropriately at those it is intended to protect without causing unintended damage to the entire system would be to define “covered customer” as an entity meeting the definition of a small business under the Small Business Act, and to define a “covered product or process” in a way that is more targeted to an end product and to the use of the product or process by an end user.

Judges already have discretion to limit discovery in individual cases as necessary to manage a case. Rather than impose a rigid statutory stay of discovery that will lead to the absurd results described above, Congress should structure discovery to allow litigants to receive basic information to prosecute or defend an infringement case – information about the structure and operation of the accused products, and about the conception and reduction to practice of the patented invention, for example. For instance, Congress could sequence discovery so that “core” discovery would proceed first, followed by “non-core” discovery. The most burdensome and expensive type of discovery, e-mail discovery, could be deferred until the “non-core” phase. Phasing discovery in this manner, with an initial exchange of core documents followed by required disclosure of significant email custodians and related permissible discovery, would serve to focus the issues, narrow the number of relevant custodians, and help craft search terms all in an effort to reduce litigation costs and burden.

The heightened pleading standards in Section 3(a) of H.R. 9 would create a threshold barrier to enforcing U.S. patent rights by imposing burdensome pleading standards on patent plaintiffs far beyond what is necessary or what is required in any other type of litigation. In essence, it requires patent plaintiffs to prove much of their case in advance of filing a complaint, often an impossibility in complex litigation. It is a fallacy to believe that a patent owner has complete information about the full scope of infringement at the outset of a case. A patent owner may have enough of a good faith basis for believing that a particular product infringes a particular one of its patents to file suit, but the full extent of the infringement may not be knowable based on public information. While Section 3(a) requires specific pleading “unless the information is not reasonably accessible,” in many cases a patent owner may not know what he does not know at the outset of a case. For instance, a patent owner may learn in discovery that other claims of its patent are infringed. It may learn that other products infringe. It may not be clear what all the various permutations of product models of a defendant are without discovery. It may not be known what all the various products of a defendant are that operate in a substantially same way as an infringing product. It may not be knowable which products get imported into the United States, or how they get imported, because sales and supply chain information is not public. These are just examples. In addition, it is highly unlikely that courts would permit discovery into any products not specifically identified in a complaint, such that by requiring with particularity how “all” claims of “all” patents are infringed by “all” accused instrumentalities, H.R. 9 would effectively immunize from liability any infringement that takes place behind closed doors, outside the public domain.

In addition, the pleading requirements in H.R. 9 would in themselves increase litigation cost, expense, and delay by spawning new pleading disputes as savvy defendants challenge the sufficiency of a complaint by arguing that plaintiffs failed to plead facts they should have known or that were readily accessible if the plaintiff had conducted a reasonable investigation. Patent cases will become mired in month-long delays over the sufficiency of pleadings, with endless cycles of defendants filing motions to dismiss, plaintiffs amending to address defendants’ concerns, defendants challenging the amended complaint and second amended complaints as insufficient, and so on. Even where complaints unquestionably provide defendants with sufficient notice to defend themselves, Section 3(a) will open the door to defendant demands for discovery of what the plaintiff knew at the time the complaint was filed, whether information was “readily accessible,” and what kind of investigation the plaintiff undertook before filing the complaint.

All this is especially unnecessary as the Judicial Conference has already voted to eliminate Form 18 of the Federal Rules of Civil Procedure, which does not require plaintiffs in patent cases to plead specific claims or how these claims relate to the features of the device or instrumentality alleged to infringe the patent. With the elimination of Form 18, which will automatically occur later this year, patent cases will be subject to the same heightened pleading requirements as all other federal cases. Any further statutory pleading requirements are unnecessary and unwise and would materially harm the enforceability of all U.S. patents.