Patent reform on the agenda when Congress returns this week 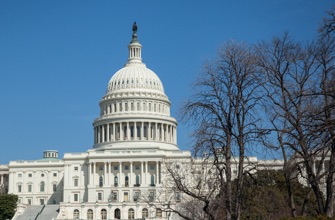 Patent reform is back on the agenda when Congress returns from recess this week. On Tuesday, April 14, 2015, at 2:00 pm ET, the House Judiciary Committee will hold a hearing on H.R. 9, more commonly referred to as the Innovation Act. The Innovation Act was introduced on February 5, 2015, by Congressman Bob Goodlatte (R-VA), and is identical to the Act of the same popular name that passed in the House during the 113th Congress but then failed in the Senate. Here is a draft of the Innovation Act as it currently stands.

Among other things, the Innovation Act would: (1) Institute loser pay rules, setting up a presumption that the prevailing party would be entitled to recover their attorneys’ fees from the losing party; (2) require plaintiffs in patent infringement lawsuits to disclose the real parties in interest behind the litigation; (3) require more specific information in a complaint; and (4) give defendants who are technology customers the ability to stay patent infringement lawsuits while technology sellers complete similar patent lawsuits against the same plaintiffs.

The hearing on Tuesday is not the only patent action on Capitol Hill for week. On Thursday, April 16, 2015, at 11:00 am ET, the Commerce, Manufacturing and Trade (CMT) Subcommittee of the House Energy & Commerce Committee will also hold a patent related hearing. The subject of the CMT hearing will be the Targeting Rogue and Opaque Letters Act (TROL Act). The TROL Act was introduced during the 113th Congress and CMT Chairman Congressman Michael Burgess (R-TX), seems interested in picking up where things left off last year. Here is a draft of the TROL Act from July 2014. As of the writing of this article the witnesses have not yet been identified.

It is worth nothing that the TROL Act is a much more targeted piece of legislation than is the Innovation Act. The TROL Act would focus on fraudulent and misleading demand letters sent by a small percentage of patent owners in hopes of scaring recipients into paying to settle ill-defined and largely dubious claims of patent infringement.

Although not a true companion bill, the STRONG Patent Act introduced in the Senate by Senator Chris Coons (D-DE), Senator Dick Durbin (D-IL) and Senator Mazie Hirono (D-HI), does share similarities with the TROL Act. The STRONG Patent Act goes further though and would also modify post grant administrative trial practice at the USPTO as well as addressing fraudulent and misleading demand letters.

In fact, in recent weeks Senator Chuck Schumer (D-NY) explained during a hearing that these issues are particularly difficult to resolve because no one wants to adopt changes that make it more difficult for innovators. “Patent troll legislation is in many ways… like a Rubik’s Cube,” Schumer explained on March 18, 2015, during a hearing of the Senate Judiciary Committee. “You need to turn and twist all the parts properly so we are really fixing the problem, but also protect those who are not a part of the problem…  very hard to do and why it has taken a long. It is not ideological as much as it is trying to solve the problem without creating negatives that might outweigh the benefit of solving the problem.” Schumer’s remarks are significant because over the past several years he has been one of the main proponents of patent reform in the Senate. Thus, if Schumer is pulling back and signaling he wants to proceed cautiously it does not bode well for the future of patent reform in the Senate, at least for now.

Not surprisingly, however, there is near unanimity that fraudulent and misleading demand letters are inappropriate. Thus, if we see patent reform actually passed in Congress this year it will likely be limited to demand letter legislation. The TROL Act and STRONG Patents Act could easily be reconciled into a common piece of legislation to accomplish that task, which should easily pass in both the House and Senate. So if there is a desire to do something I suspect it will be small. Of course, it is worth remembering that Senator John Cornyn (R-TX) has said that if something cannot be done on fee shifting then it makes no sense to do anything at all. Given his position in the Senate majority the comments of Cornyn, who also serves on the Senate Judiciary Committee, must be given serious consideration.

Over the past several months there has been extreme consternation with respect to the inter partes review (IPR) petitions filed by Kyle Bass. The Wall Street Journal recently published an article explaining Bass’ novel strategy to make money by invalidating patents. Bass, who has teamed up with Erich Spangenberg, has filed several petitions for IPR at the USPTO asking the Patent Trial and Appeal Board (PTAB) to invalidate patent claims covering certain drugs. After filing the IPR Bass then allegedly either shorts the stock of the company owning the patent, or he buys shares in companies that would be benefited by the patent claims becoming invalidated.

It seems virtually certain that Congress did not intend for IPR to be used in this way. See Is Kyle Bass Abusing the Patent System? Yet, it does appear as if the text of the America Invents Act (AIA) would allow for this type of challenge. The pharmaceutical industry was one of the main driving forces behind the drafting and passage of the AIA, so the fact that a hedge fund manager is using tools provided by the legislation to challenge patents on drugs is very interesting if not incredibly ironic.

The pharmaceutical industry is livid with respect to Bass’ strategy, and so to is BIO. This means that the respective pharma and bio lobbies will be increasingly pushing for a legislative solution. That being the case, one possible theory suggests that if Congress were to insert a legislative fix to the Bass situation both pharma and bio could line up behind that piece of legislation with their full force, almost regardless of what else is contained in the bill. If that happens all predictions about the likelihood of patent reform passing, or even the Innovation Act having a chance in the Senate, would be void.

Thinking ahead, can you imagine the uproar if there is a legislative fix to save pharma and bio from the type of strategy employed by Kyle Bass? Post grant administrative challenges to patents have been far more popular than predicted, and the PTAB has been finding about three-quarters of patent claims to be invalid. Patent owners are being forced to defend their patents, which can easily cost $500,000 to $1 million per challenge, and multiple challenges to a single patent are not uncommon. It would be extremely difficult to justify a pharma/bio carve out with respect to post grant challenges. After all, if IPRs are such a wonderful thing then why shouldn’t the industry that pushed for them be subjected to them?