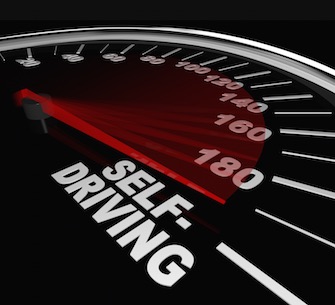 This year we’re placing our focus on the rapid pace of development in autonomous vehicles and self-driving car technologies here on IPWatchdog. We’re still a fair ways off from the entrance of a self-driving vehicle into the consumer marketplace; some with a knowledge of the industry believe that the debut for autonomous vehicles won’t be experienced until 2020, with widespread adoption taking another five years. Still, an explosion in patent filings for self-driving systems and other automotive technologies tells us that we’re about to see some pretty revolutionary advances in the coming years.

With plans for adopting autonomous cars moving ahead, we thought that it would be a good time to look at the regulatory hurdles that will likely have to be cleared before self-driving cars can take over the roads. We’ve been paying close attention to many of the roadblocks blocking the forward progression of drones in our country and the need for more mature sense-and-avoid technologies is frequently cited as a reason for keeping most unmanned aerial systems grounded. If sense-and-avoid is important for drones operating in our airways it will be crucial for ensuring that autonomous vehicles, some of which will have to share the road with driver-controlled vehicles, in order to ensure safety.

Self-driving cars are in such a nascent stage that, combined with America’s complex regulatory atmosphere, there is likely to be a lot of confusion over the rights and liabilities involved with the use of these technologies. Autonomous car development could be affected by a variety of laws from our country’s typical vehicle operation regulations to perhaps even net neutrality rules, at least according to some involved in the industry. Those looking to contribute to the research and development any self-driving vehicle system might benefit from a greater understanding of the rules currently in development that would govern autonomous vehicle use.

Legal guidance to states that are interested in permitting autonomous vehicle testing have already been created by the U.S. Department of Transportation’s National Highway Traffic Safety Administration (NHTSA). Policy guidelines released by the NHTSA in May 2013 were designed to address the types of automation with the potential to reduce highway fatalities as well as the safe operation of new automated driving technologies for testing.

Many from within the automotive industry acknowledge that there will be several degrees of automation that will be experienced between today’s cars and full vehicle automation. The NHTSA has identified a system involving five different levels through which developments in self-driving vehicles can be judged as having achieved a new evolution in automation. The foundation of this progression is No Automation (Level 0), which indicates that a driver is in full control of braking, steering, throttle and motive power at all times. Function-specific Automation (Level 1) involves the automation of one of these primary vehicle controls, such as the automated braking relief proffered by pre-charged brakes. Combined Function Automation (Level 2) involves the automation of multiple controls, such as a car with lane centering and adaptive cruise control working in concert. Self-driving vehicles that can handle almost all driving but does rely on a human operator to take the wheel at certain crucial times are defined as Limited Self-Driving Automation (Level 3). Finally, a vehicle capable of handling all driving tasks in response to a destination or navigational input is considered Full Self-Driving Automation (Level 4).

Research at the NHTSA has focused on the lifesaving potential of many of these automation technologies. For example, the agency estimates that electronic stability control (ESC) systems, which utilizes computer controls to brake individual wheels on a vehicle losing directional control or stability, saved 2,202 lives between 2008 and 2010. ESC systems were mandated on light-duty trucks and passenger vehicles by federal safety regulations in 2007. In recent months, the NHTSA has been focusing its attention on the development of vehicle-to-vehicle (V2V) communications technology. According to an NHTSA research report, V2V communications could prevent up to 592,000 vehicle crashes as well as 1,083 associated fatalities every year.

A Few States are Dipping Their Toes Into the Regulatory Waters

According to a wiki page hosted by Stanford University’s Center for Internet and Society, there are currently five state-level governments that have enacted legislation related to autonomously driven vehicles: California, Florida, Michigan, Nevada and the District of Columbia. Michigan was the latest to join this group with state legislation regarding manufacturer liability and allowing the testing of autonomous vehicles on Michigan roads. 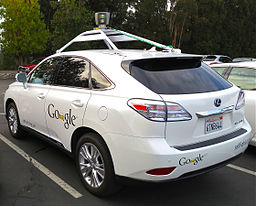 California is the home state of both Silicon Valley and Google, the latter of which has been grabbing many of the mainstream headlines related to autonomous vehicle development in recent months. Google is determined to be one of the first companies entering the self-driving vehicle industry and the company has made comments indicating that it believes it can build a fully automated vehicle that would likely satisfy Level 4 of the NHTSA’s self-driving technology categorization by the year 2020.

In some cases, the legislation meant to respond to autonomous car development has the effect of slowing down the entry of that technology into the market, often caused by the need to draft effective rules governing autonomous vehicle use. California’s 2012 law on self-driving cars called for the state legislature to draft rules regarding autonomous vehicle operation by the start of this year, but by mid-March there was still no draft available from California lawmakers. One sticking point appears to be determining the proper method for verifying a company’s claims that a self-driving car can be safely operated.

Nevada has enacted a series of measures between February 2011 and March 2013 regarding the use of self-driving cars. Currently, software developers and car manufacturers can submit an application for autonomous vehicle testing directly through the Nevada Department of Motor Vehicles; the application requires proof of 10,000 miles of driving and the submission of a detailed safety plan. The legal structure currently set by Nevada also addresses liabilities that could be created when a third party installs autonomous driving features on a vehicle from an original manufacturer.

The role of the manufacturer in product liability cases regarding autonomous vehicles is one of the trickier issues to navigate as self-driving cars continue their development, according to an April 2014 research paper published by The Brookings Institution. The paper notes that both products liability and contract law in America set up a legal framework through which manufacturers can be held accountable for negligence in selling faulty products, strict liability for product defects or misrepresentation of product capabilities. These judgements could only be applied to a manufacturer after an accident occurs but they do provide citizens with a framework for seeking monetary damages, an important consideration for any manufacturer looking to enter the market.

Perhaps the best thing to keep in mind is that self-driving vehicles have the potential to affect much of the legislation involving the safe operation of vehicles on American roadways. British-based market research firm Lloyds noted in a general information report on autonomous vehicles that the development of this technology has led to the need for legal clarification regarding the changing role of the driver. “It is worth considering a future scenario where autonomy is fully developed and car users could be legally permitted to be distracted from driving, for example to do things like send text messages,” the report states. As self-driving vehicles continue to further allow drivers to relinquish control of the steering wheel, we’ll likely see a fundamental shift in not just increased manufacturer liability but many of the general rules regarding driver and passenger activity while a vehicle is being operated.