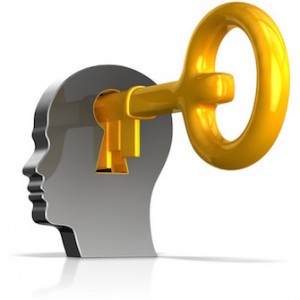 If you are reading this article beyond the title, you are either preparing to take the USPTO’s patent bar exam or you are considering whether you should take the patent bar exam. Either way, the fact that you are looking for insight into how to pass yet another bar exam – after you’ve already passed your state’s bar exam – flies in the face of your earlier (and earnest) promise to yourself that the last exam you took was, in fact, the last exam you would ever take in your life. I feel your pain.

Not to be intimidated (well, not too intimidated, that is), many feel that pursuing patent law as a career is a logical way to marry one’s scientific and legal interests. At least that was the way I looked at it when I began this journey, and it’s probably what drove you to look into this option as well.

Preparing for the Patent Bar Exam

During my patent bar exam preparation, one lawyer asked me, “What’s it like to study for the patent bar exam? I mean, I was a scientist before I went to law school. I have patents so I already know about prior art and obviousness. Are those on the exam?”

“Yes,” I replied. “Those topics are on the exam. Those topics relate to patentability. But there’s a lot of material that’s similar to civil procedure. You’ll learn about deadlines and the nuances for filing different documents if you are trying to meet a particular deadline. For instance, if you want to file a reply to an office action, and you would like it to be filed on the day you send it to the patent office, you can use a certificate of mailing. This will get you a filing date as of the day you send it out, not the date it is received. But a certificate of mailing won’t get you a same-day filing date for new applications – for those you need to use Express Mail.”

“My head is spinning already,” he said. “Please stop!”

I definitely recommend taking a good patent bar review course. Yes, you could theoretically study for the patent bar exam by reading and studying the 3,000+ pages of the Manual of Patent Examining Procedure (MPEP) without taking a course to guide you, but since some sections of the MPEP are tested more heavily than others, and since some sections are not tested at all, such a study routine is likely to be extremely inefficient. In Beware Patent Bar Exam Study Advice, Gene explains why studying this way can be a very bad idea, and how such a strategy could set you up for failure.

2. Do as many sample test questions as possible.

The USPTO’s website offers some sample test questions from previous exams. The sample exams are old (they are from 2002 and 2003) and do not include material covering the America Invents Act (AIA) which was implemented in March 2013, but they are very useful for understanding the “old law” which is still very relevant and which will be relevant for years to come.

3. Introduce yourself to patent attorneys in your town.

For instance, one Nashville patent attorney shared with me the fact that his test center’s computer completely froze up on him in the middle of the exam. He assured me that his test answers up to that point had not been lost or “ruined” by the computer freezing up and needing to be re-booted, but he did lose some time because once the computer came on again he had lost his place in the MPEP. So when my computer froze up twice (yes, twice) during the exam, I did not panic because I knew what to expect. Yes, the computer had to be re-started and, yes, the MPEP had to be re-opened and, yes, I had lost my place in the MPEP altogether, and, yes, I was annoyed – but the exam answers I had already chosen were not forever lost in cyberspace. I was very grateful to have known about this computer glitch ahead of time and to know that I wouldn’t need to take the exam all over again if it happened to me.

4. Clear your mind in between study sessions.

Like most people, there are many days I have trouble making it to the gym. Oddly, when I was studying for the patent bar exam I found myself actually wanting to exercise in order to clear my mind. You will come across some very complicated prior art scenarios with one or more hypothetical patent applications being analyzed in the context of several prior art references. If you are new to this material, you can only do so many of these problems before you are inspired to go outside and run like Forrest Gump.

Also, some study tidbits are not necessarily difficult, but they can still play tricks with your brain if it’s fried. These include: 1) You cannot get an extension to pay an issue fee, but you can pay an issue fee late (huh?); 2) For deadlines assigned in monthly increments, know that one month is never less than 30 days, and two months will never be less than 60 days, but three months will be three calendar months, even if it spans a time period of less than 90 days (okay…this is fun); and 3) The patent office may refund any fee paid by mistake, but if an applicant files an application by mistake, the filing fee is not considered a fee paid by mistake (time to go for a run now!).

Sometimes you will feel as though you are preparing for law school admission test (LSAT) logic problems rather than studying for a bar exam. To that end, if you enjoyed the LSAT logic problems, you will likely do very well with the prior art hypotheticals. They can actually be sort of fun.

5. Visit the testing center a week or so before your exam.

I was very glad that I had visited the testing center ahead of time, otherwise I would have been surprised to see several identical buildings sharing the same general parking lot, with more than one of them having a Suite A-11 (the location I was looking for). Since the first building had a Suite A-11 that was eerily vacant, I knew I was in the wrong place. Luckily, I learned which was the correct building during this first trip to the testing center rather than wasting time on exam day driving around.

During your trial run to the testing center, the staff may have time to explain the procedure you will go through when you take your exam – emptying your pockets before entering the testing room, being scanned with a metal detector, and being assigned a locker for your personal items. Watches, cell phones, and even pens are prohibited in the testing room.

The exam is six hours long with two three-hour sessions (50 questions each) separated by an optional one-hour break. Unless there is a restaurant right next door, driving to get a bite to eat may not be a wise use of your time. Instead, bring your lunch with you that morning. This will allow you some time to either relax or to look over your notes between sessions. Note that the one-hour break is optional and you do not have to use the entire hour if you don’t want to. You can start the second part of the exam as soon as you like.

I used the break to eat, relax, and to ask the proctor for two new pencils and new scratch paper. Test takers are only allowed two pencils at a time and mine had become dull during the first part of the exam. BE AWARE: Pens are not allowed and notes taken in pencil did not show up very well on the pinkish-orange scratch paper provided at my testing center. Hopefully your scratch paper will be white, but mine was not.

In closing, realize that when you go into the exam you will not feel as if you know everything there is to know about the MPEP. But by taking a patent bar exam review course, learning the ins and outs of the AIA, and by doing sample problems from the USPTO website, you will put yourself in a really good position to (hopefully) know enough to pass the exam the first time around. Good luck!

Amy J. Savoie is a licensed attorney practicing as a solo practitioner and consulting attorney for several Nashville area law firms. Prior to law school, Amy was an immunologist who studied therapeutic antibody [...see more]