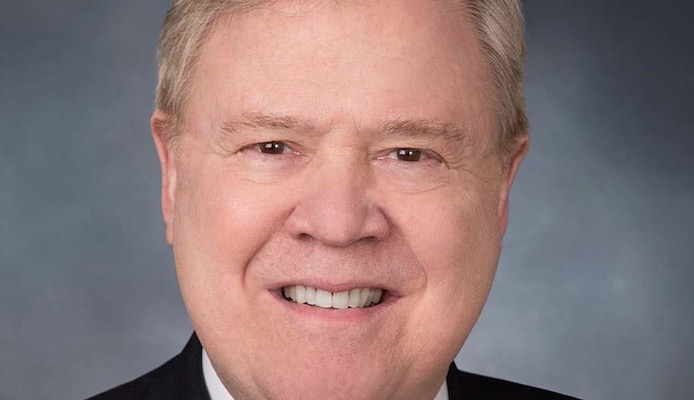 March 9, 2015 – Q. Todd Dickinson, former Under Secretary of Commerce for Intellectual Property and Director of the U.S. Patent and Trademark Office, has joined Novak Druce Connolly Bove + Quigg, LLP as a partner. He will also assume the role of Global Chair of its Client Select Strategic Services Group. Dickinson will be co-based in the Firm’s Washington, D.C. and San Francisco/Silicon Valley offices.

“Todd is an exceptionally well-known and respected member of the international IP community, and brings more than 35 years of hands-on experience to the Firm and its global client base. We are extremely pleased that our many years of close friendship has led to his decision to take a serious leadership role at Novak Druce, and help guide our client-centric practices forward into the next decade,” said Gregory Novak, the Firm’s Managing Partner and CEO.

“We have been experiencing increasing demand from our clients, both domestically and abroad, for integrated services involving strategic management of their intellectual property portfolios, with a global outlook towards protecting and enforcing core business and product lines. Todd’s reputation and experience in this space, as well as his unequalled experience in global IP policy matters and government relations, is both unique and invaluable,” said Novak.

“I could not be more pleased to be joining my friends at Novak Druce,” said Dickinson, “particularly at such a critical time in the world of IP. Having worked with many of the firm’s attorneys before, I know first-hand the caliber of the Firm’s work and its strategic growth has always impressed me – to now have an opportunity to join them and to lead their Strategic Services platform was too good an opportunity to pass up. Whether it is strategic planning, governmental relations, the new and complex USPTO post-grant proceedings, or the burgeoning field of IP monetization, we will remain on the cutting edge for our clients around the world.”

As Director, he served both as CEO of a $2 Billion agency and principal policy advisor on IP matters to the President, and oversaw the implementation of the American Inventors Protection Act, as well as the planning for the major move of the Office into its new headquarters in Alexandria, VA. In addition to his tenure at the USPTO, Dickinson previously served both as Corporate Vice President and Chief Intellectual Property Counsel for General Electric and as Chief Intellectual Property Counsel for Sun Company, assignments which provided him with a deep understanding of client operations and strategy, both domestically and internationally. Most recently, he completed a six-year term as the Executive Director of the American Intellectual Property Law Association (AIPLA), during which he was deeply involved in the drafting and passage of the Leahy-Smith American Inventors Act (AIA), and its accompanying implementation at the USPTO.

A 2012 inductee into the IAM “Intellectual Property Hall of Fame” and a six-time designee as one of the “50 Most Influential People in IP” by Managing IP magazine, he also has extensive experience in the international arena and is well-known to IP policy leaders and administrators around the globe.

Novak Druce’s Select Strategic Services Group, which is being formally rolled out with the announcement of Mr. Dickinson as Global Chair, is focused on high-level, high-impact, and high-value services to clients. The new group’s unique and diverse skill set can bring unparalleled experience from decades of experiences including in-house counsel and executive roles; USPTO examiners, judges, and executives; industry practice group leadership, and private practice. The extensive experience will be realized via services such as large-scale corporate portfolio strategy, government and trade association relations, expert and mediation services, and IP monetization.

Mr. Dickinson is the second USPTO head to be a partner with Novak Druce, the first being the late named partner Donald J. Quigg, who served as Commissioner of Patents and Trademarks under President Reagan. Mr. Quigg, like Mr. Dickinson, also similarly served as the head of a corporate intellectual property group, as the Chief Patent Counsel for Phillips Petroleum Company (now ConocoPhillips) prior to his appointment. Mr. Quigg was a partner at Novak Druce from 2004 until his recent death at 98 years old.

“Don was one of the most generous and sincere people I have ever known, and was a mentor to us personally and to our clients up until his passing. Don always encouraged us to have Todd join the Firm and we are confident he will pick up where Don left off,” said Novak. “Don was a great role model in all of his pursuits and I’m honored to be following him once again,” said Dickinson.