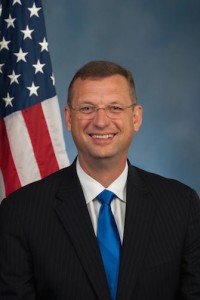 On Wednesday, March 4, 2015, Congressman Doug Collins (R-GA), who is the Vice Chair of the House Judiciary Committee’s Subcommittee on Intellectual Property Courts and the Internet, introduced the Songwriter Equity Act (SEA), which is legislation aimed at applying free market principles to music licensing. More specifically, the goal of the SEA is to update two outdated portions of the Copyright Act — Section 114(i) and Section 115 — which prevent songwriters from receiving royalty rates that reflect fair market value for the use of their intellectual property.

The SEA was first introduced during the 113th Congress, and remains identical to the previously introduced legislation. According to Congressman Collins, who I spoke with via telephone on Friday, March 6, 2015, there was a great deal of treatment of the SEA at the subcommittee level during the 113th Congress, but now during the 114th Congress consideration will move to the full Committee level, which suggests a seriousness about getting something done. “Music licensing will be an area where something bubbles up this Congress,” Collins explained. “I’m hoping the industry will come together.”

Substantively, Section 114(i) of the Copyright Act currently forbids federal rate courts from considering sound recording royalty rates as a relevant benchmark when setting performance royalty rates for songwriters and composers. Indeed, the performing rights organizations (PROs) that collectively license on behalf of songwriters and publishers are not even allowed to present this evidence to the courts at all. The result is an uneven playing field where songwriters and composers receive substantially less than sound recordings for a performance, or “stream,” of the same song.

Section 115 of the Copyright Act has regulated musical compositions since 1909, before recorded music even existed. Section 115 allows anyone to seek a compulsory license to reproduce a song in exchange for paying a statutory rate. The initial rate set by Congress in 1909 was 2 cents per song. Today, that rate is 9.1 cents per song. This minimal increase is due to the fact that the Copyright Act directs the Copyright Royalty Board (CRB) – the government body responsible for setting the rate – to apply a standard that simply does not reflect market value.

“This is about a fairness issue,” Collins explained. “Government is at the root of the unfairness.” He would later tell me that this issue is coming up now because “new technology is running up against old law, which is why we are seeing interest in the topic now.”

As an intellectual property attorney who is familiar with these issues, sometimes when I hear politicians talk about patents or copyrights they seem to be trying to say the right things, they use all the right words, but somehow something feels off as if it is almost a second language. That certainly was not the case with Congressman Collins. As I spoke with Congressman Collins I could tell that he was both passionate and extremely knowledgeable about this issue. He spoke fast, as you might when you are excited about a topic, but he also spoke authoritatively, without notes, and from the heart.

In a press release circulated at the time he introduced the SEA, Collins explained that in Georgia, “there are close to 50,000 songwriters who have dedicated their lives to a talent and a calling that, in my view, God gave them. It is critical to ensure that songwriters – the engines that drive the music industry – are compensated fairly for their work.” He would go on to talk about how Copyright laws were never intended to force songwriters to accept below-market rates, and again pointing to the fairness issue. But when I asked him why he was getting involved in this issue and seemed to care so deeply about songwriters I received a more personal answer.

It is clear that Collins feels a connection with those who create and rely on their minds to make ends meet. “My entire adult life has been spent making a living and providing for my family, first as a Chaplain and now as a Member of Congress, because of my abilities,” Collins explained without missing a beat. He went on to tell me that the more he learned about the fundamental unfairness facing songwriters he wanted to do something. “They depend on their creative mind, so we have a connection,” Collins explained.

Congressman Collins does indeed have a diverse background. He holds a master’s degree in divinity from New Orleans Baptist Theological Seminary and later obtained a law degree from John Marshall Law School in Atlanta, Georgia. Collins also served in both the United States Navy and the United States Air Force. In the late 1980s Collins served two years as a Navy Chaplain, and then after the terrorist attacks on 9/11, he joined the United States Air Force Reserves as a Chaplain. While this may at first glance not seem to be the resume of a creative-type, anyone who makes a living speaking, preaching or otherwise in the public will easily understand the connection.

During our conversation Collins repeatedly turned back to the idea of the need to protect creators, at one point telling me “America is great because we protect the creator.”

It wasn’t hard to miss the thrust of Collins statements, which embodied a strong property rights ideology. Knowing that Conservative Republicans have recently been talking openly about intellectual property as a property rights issue, I asked Collins if respect for content creators was coming from a conservative perspective where strong property rights matter. His response was direct: “Yes, if I have anything to do with it.” He then pivoted immediately into talking about it not mattering whether we are talking about patent rights or copyrights, “It all goes back to context, it is a bundle of rights,” Collins explained. “Just because you don’t have a widget doesn’t mean you don’t have something of value that deserves protection.”

During our conversation we also talked about disruptive technologies, which prompted Collins to explain that “good protection for creators encourages more creation… I want to see the next disruptive technology… I don’t want the government to be stopping that from happening.”