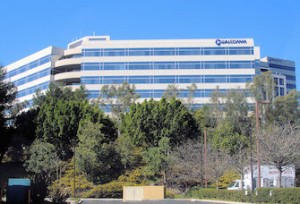 There are few companies as important to American innovation today as Qualcomm Incorporated, and Congress would be wise to take what they say seriously. The company manages a massive IP portfolio which includes 13,000 granted U.S. patents and another 10,000 patent applications currently pending at the U.S. Patent and Trademark Office. The company estimates that 65 percent of its 31,000 employees are engineers, and 70 percent of the entire company workforce is employed in the United States. Investment into research and development with the company has been massive over the past few decades. Qualcomm has spent more than $34.2 billion on R&D since it was founded in 1985 and $5 billion during the 2013 fiscal year alone. About 20 percent of the company’s annual revenue is invested in the pursuit of innovation.

The innovations coming from the research facilities of Qualcomm have been among the most important to the mobile technologies which are turning our world into an increasingly interconnected and wireless one. In 1988, the company’s OmniTRACS satellite-based data communications system pioneered the use of machine to machine (M2M) communications. The success of this system in the transportation industry allowed Qualcomm to expand its own operations, which soon included the development of the Code Division Multiple Access (CDMA) radio system standard. Qualcomm has received royalties on the hundreds of millions of cell phones and related devices, many of which are sold by Verizon or Sprint, which use CDMA networks to communicate. Throughout the 1990s the use of CDMA networks for more complex operations than mobile telephone calls was developed by the company and in 1999 CDMA was selected as the primary platform for third-generation (3G) wireless systems by the International Telecommunications Union, making Qualcomm a huge player in chipset manufacturing for the mobile computing world that was soon to emerge.

Over the past decade or so, many of the most revolutionary advances regarding smartphone technologies have come directly from Qualcomm. For instance, the Scorpion processor developed by the company in 2005 was the first mobile microprocessor that enabled mobile handset features for mobile devices. By 2007, Qualcomm overtook Texas Instruments to become the global leader in mobile chipsets. Qualcomm’s chipsets also powered the very earliest Android devices to be commercially marketed. Of course, Qualcomm doesn’t market any of these products directly, so it’s pretty easy to see why this American corporation needs strong protections of the U.S. patent system, which enable patent owners to license technologies and affirm their rights against infringement.

For some time Qualcomm has been an active player in the patent reform debates, predictably reminding Congress about the importance of a strong patent system and why that matters to inventors. Most recently, on February 26th, the U.S. House Subcommittee on Commerce, Manufacturing, and Trade received remarks prepared by Laurie Self, Vice President and Counsel for Government Affairs at Qualcomm. We recently published an excerpt of those remarks here on IPWatchdog. In them, Self urged the subcommittee to be cautious and not adopt far-reaching patent system reforms. Instead, the Targeting Rogue and Opaque Letters (TROL) Act could address the problem without burdening patent owners or granting the Federal Trade Commission excessive authority over patent litigation.

While no one is in favor of fraudulent demand letters, the remarks make clear the Qualcomm is skeptical of patent reform efforts because many of the reforms gaining traction could make it more difficult for patent owners to communicate with potential licensees and alleged infringers even when those communications are in good faith. What that company fears is the potential that proposed reforms have to stifle innovation by taking broad action against notice letters and licensing communications. The government could do more to focus on abusive behaviors regarding notice letters instead, argued Ms. Self.

As the remarks from Qualcomm’s counsel indicates, any action taken that harms a patent holder’s ability to send a notice letter legitimately and in good faith to an infringing company does damage to a fundamental aspect of patent rights in general. It’s this process that allows a patent owner to assert their legal rights while providing an avenue for technology licensing, which creates a greater incentive for patent ownership. If the infringing party decides to pay the licensing fee, then the patent owner has successfully monetized rights they have obtained while business can continue on as usual for the other side. Arms length negotiations present a win-win for everyone, and they ensure that innovators get paid for their contributions, which in turn makes it more likely that additional innovation will be forthcoming.

Importantly, Qualcomm isn’t saying that there should be no patent reform, but rather they are urging Congress to enact targeted legislation that is likely to address the abusive behavior witnessed in the industry. The company “understands and appreciates the Committee’s interest in curtailing the abusive behavior of these bad actors.” Creating a law that is too broad or too punitive, however, would create collateral damage in the patent system by stifling the ability of patent owners to legitimately enforce their patent rights, whether or not that patent owner is acting in good faith. For example, some of the proposals would require highly detailed licensing communications of each asserted claim, which would become incredibly cumbersome and time-consuming for communications involving large portfolios of patents. That would be an additional regulation that negatively affects all patent owners pursuing an infringement case even if the patent owner is acting in good faith, and that would be bad government.

Why would anyone want to make it more difficult to act in good faith? Stated that way the answer is undoubtedly that no one would want to get in the way of good faith efforts to enforce legitimate rights. The question thus becomes whether an effort to address bad actors will unnecessarily create significant hurdles for innovators seeking to enforce or license the rights to their own innovations. The fear of unintended consequences requires targeted reform that will specifically address only the abusive behaviors relied upon by the bad actors, namely misleading and fraudulent demand letters. The trick will be to tackle these abusive behaviors that serve no legitimate purpose while not making legitimate business communications impossible. Luckily, it is not difficult to spot fraudulent demand letters and distinguish them from legitimate business inquiries. See Ethical Licensing vs. Bad Practices. But will Congress be able to strike the appropriate legislative solution?

The prepared remarks from Qualcomm clearly state that “the appropriate goal of the legislation should be to identify, and empower the FTC to address, only those demand letters that are sent in bad faith.” Action is needed by Congress in order to preempt demand letter laws that have been passed in certain state legislatures in recent months which, if left to continue, could make patent litigation even more difficult by creating a patchwork system of laws. Worse, some of these state laws create mechanisms that could themselves be abused. A number of states have enabled notice letter recipients to seek punitive damages in the tens of thousands of dollars, which could end up encouraging a rise in frivolous lawsuits. We have a national patent system, we simply cannot afford to have 50 different regimes applicable to efforts to enforce or monetize a federally granted right.

Qualcomm would like to see Congress pass the Targeting Rogue and Opaque Letters Act of 2014, a bill that was already passed by the subcommittee on commerce last July. In contrast to very broad regulations on all notice letters, the TROL Act would very narrowly target those sending communications who misrepresent their rights, seek excessive compensation to which they’re not entitled or fail to disclose important pieces of information. Those sending notice letters and licensing communications would be able to demonstrate evidence that a mistake was made in good faith in case a bad faith claim is alleged. The maximum civil penalty that a party would be liable for is $5 million for a series of related violations. The Federal Trade Commission would be responsible for enforcing the rules of the TROL Act. Qualcomm stated that the TROL Act does a much better job in clarifying the role of the FTC in preventing abusive litigation rather than broadly involving them in every aspect of licensing communication.

The just recently introduced STRONG Patents Act would also be better than the Innovation Act. In addition to enacting reforms to post grant proceedings and allowing the Patent Office to keep and use all of the funds collected, the STRONG Patents Act would grant the Federal Trade Commission (FTC) greater ability to go after those who send fraudulent and/or misleading demand letters. See Pro-patentee Patent Reform. The provisions are targeted at those who send communications in bad faith, but the bill specifically provides an affirmative defense that would not capture omissions or mistakes made in good faith. Further, if the sender can demonstrate that they normally do not engage in bad faith communications that would be enough to demonstrate good faith, which should address the concerns of research and development companies and universities. In essence, the STRONG Patents Act would focus on the problems without sweeping up innovators and potentially making it impossible to engage in the business communications that are absolutely necessary to protect, enforce and license patent rights.

Time will tell what Congress will do, if anything. We can only hope that the concerns of a truly innovative market leader like Qualcomm will be taken into consideration.