Fee-shifting won’t do anything to stop Patent Trolls 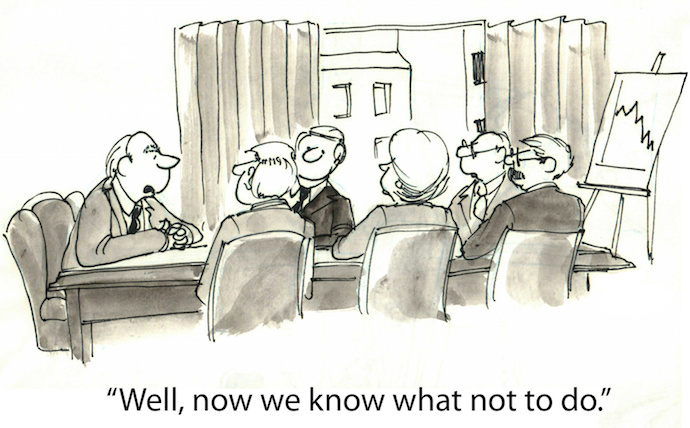 Patent reform is back in 2015. Much like a zombie rising from the dead the Innovation Act submitted in the House of Representatives weeks ago is identical to the bill that eventually died in the Senate after passing in lopsided fashion in the House. Fee shifting remains the cornerstone of patent reform efforts again this year, but little time has been spent discussing whether fee-shifting is desirable. Absolutely no time has been spent discussing whether fee-shifting will actually succeed in achieving its stated purpose, which is to once and for all put an end to so-called patent trolling.

The fee-shifting provisions in the Innovation Act would create a presumption that the loser in a patent infringement lawsuit must pay the attorneys fees of the winner. Only if there is a finding by the district court that the loser advanced objectively reasonable positions would they be able to escape the open ended liability to pay the prevailing party’s attorneys fees. There is no doubt that such open ended potential liability will cause individual inventors, universities and start-ups to think twice about filing even meritorious patent infringement lawsuits. The same cannot be said for patent trolls though. Indeed, there is little to no reason to expect that patent trolls will operate any differently than they do now. Of course, Congress hasn’t been told this and seems to be operating under the incorrect assumption that fee-shifting will be something of a panacea. Just another naïve belief created by a seemingly endless one-sided PR campaign.

Truthfully, the fee-shifting provisions, which it seems everyone touts as a step toward stopping patent trolls, are extremely unlikely to prevent the nefarious actors in the industry from continuing to engage in shakedown tactics. Why? Because in order to be awarded attorneys fees even under the presumption that would be created by the Innovation Act there must be a prevailing party. That means that the defendants sued for patent infringement would have to fight the case to the end and actually win. Of course, that won’t happen very often, if ever.

We do not have to engage in any thought experiments in order to predict with alarming certainty that fee-shifting provisions will fail to kill patent trolls. All we have to do is look at history.

The very corporations that cry about being sued for patent infringement and claim that they are being extorted can’t wait to settle cases brought by patent trolls. The true evil in the industry is perpetrated by those who acquire a horrible patent with specious. They file vague and non-informing lawsuits alleging infringement of a patent without any specifics or particular assertions. These bad actors spend a few hundred dollars to file the lawsuit and serve the defendant. They then ask for $25,000, or perhaps $50,000, to settle the case. The company that just forcefully promised to fight the troll at all costs now can’t write the check fast enough. The case settles, the corporation feels vindicated because they didn’t have to pay their high priced attorneys for more than a couple hours, and they have mitigated the risk. This story is repeated constantly, but one thing never changes. Because the case was settled there is no prevailing party. Therefore, there will never be an award of attorneys fees against the nefarious actors that are rightly called patent trolls.

Einstein famously explained that the best definition of insanity is engaging in the same activity repeatedly expecting a different result. That is exactly what high tech companies are doing. They employ the same failed strategies over and over, somehow thinking this time it will be different. When will those companies that decry patent trolls wake up and realize that the strategies they employ aren’t working?

For at least the last 10 years a coalition of high tech companies that some refer to as the infringer lobby have pushed for substantive law changes in the courts, patent reform in Congress and rule changes at the United States Patent and Trademark Office. With each new law, rule or interpretation we are told that a significant blow has been struck against patent trolls. Yet the patent troll continues to somehow outsmart the best and brightest in Silicon Valley. With all the changes to the patent laws and patent system over the last few years isn’t it amazing that none of the changes that were supposed to be the silver bullet have ever worked?

If you listen to the infringer lobby nothing has or will stop patent trolls unless they get whatever it is that they are asking for next. Once they get what they are asking for next then they complain more, explaining that the problem will never go away until they get what they ask for next. Indeed, the patent reform battles are reminiscent of the movie Groundhogs Day, where Bill Murray keeps waking up and reliving the same day over and over again. By now the infringer lobby shouldn’t have to pay lobbyists anything, they should just hit play on their recording device of choice. The line never changes: “Patent trolls are evil, we need help, unless you give us [INSERT HERE] the industry will suffer and ultimately die.”

Given all the victories of the infringer lobby over the last 10 years patent trolls should be out of business by now, yet we hear that even further reforms are necessary. When will they learn that their tactics are not working? If they want to stop being extorted by nefarious actors then they need to stop paying extortion. Nothing Congress or the Courts grant to the infringer lobby will change anything unless and until they decide they refuse to be extorted.

We know fighting is the correct answer again based on history. In the 1980s insurance companies would settle whatever claim they received for nuisance value. What happened was every attorney in the country started filing lawsuits on every claim— good, bad, ugly, it didn’t matter. The worse the claim the more likely the insurance company would pay quickly because they didn’t want to waste resources to pay a defense attorney. By paying bad claims they sent a clear message to the bar. It wasn’t until the insurance industry in the 1990s decided enough was enough and they were going to fight every claim, even good claims, that the tide turned.

Congress can pass patent reform, including fee-shifting provisions, if they like, but that won’t change anything. We know that corporations settle bad cases, which means that there will be no prevailing parties and hence no attorneys fees. Even if corporations change their ways (which seems unlikely) and they fight patent trolls, the nefarious actors will simply declare bankruptcy and never pay a dime.

Fee-shifting simply won’t matter to patent trolls. Ironically, fee-shifting will matter only to those who are pushing for it, and also for small entities. The tech giants who get sued for patent infringement by true innovators with strong patents lose with great frequency. After fighting a war of attrition as they like to do the attorneys fees they pay will be substantial.

Of course, it will also matter for those smaller entities who are the ones doing the innovating in America. For these companies capital is essential to survival, so the risk associated with losing and paying attorneys fees will be too much to bear. If that happens, why would these smaller innovative entities even bother using the patent system in the first place to obtain rights they know they will never enforce? That will drive innovation under ground, at least the innovation that continues. Without patents investors will simply ignore the overwhelming majority of innovative start-ups, which means they will die on the vine never having blossomed. That, of course, will be extraordinarily harmful to job creation because startups are disproportionately responsible for job creation, and high-tech startups are among those that pay the highest wages.

There are a lot of moving pieces and parts, but that is always the case in a complex system. Changing one thing here or there can and will cause a ripple throughout the system. When that happens there is no way of telling exactly what will happen. But with great certainty I can tell you that if fee-shifting provisions are enacted they will have significant unintended consequences and patent trolls will be completely unaffected.