The Innovation Act Will Harm Income, Employment, and Economic Growth 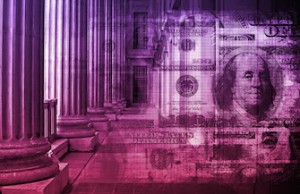 Legislation such as H.R. 9 – “INNOVATION ACT”, first introduced as H.R. 3309 in the prior session of Congress, would involve fundamental changes to the U.S. legal system. In the name of reducing litigation costs and frivolous suits, these so-called reforms potentially affect practically any patents currently in force and the future of the U.S. patent system itself. If enacted, by weakening patents’ enforceability, the proposed legislation will harm income, employment, and economic growth.

Of course, there may be some frivolous suits related to patents. Such problems have already been addressed in a variety of ways by the USPTO, the America Invents Act, Supreme Court decisions, and changes to Federal Rules of Civil Procedure, see the discussion by Paul Gugliuzza. The full effects of these substantive changes have yet to be observed. There may not be a need for additional legislation.

The Innovation Act and similar proposed legislation “tilt the scales of justice” in an unprecedented manner. The Innovation Act creates new rules for mandatory stays, pleading, discovery, disclosure of “Interested Parties,” and fee shifting, while taking discretion away from the judiciary. The proposed changes to the legal system tend to favor infringers over inventors and big incumbent firms over entrepreneurs and startups.

An important change proposed by the Innovation Act is a switch to what is effectively the English fee shifting rule. Under this rule, the loser pays, ostensibly penalizing those who bring abusive suits and lose. However, given that large firms are able to incur higher legal costs and fees and may choose to do so, this provision poses great risks for small inventors and entrepreneurs seeking to enforce their intellectual property (IP) to prevent infringement. It similarly poses great risks to small businesses frivolously accused of patent infringement, who seek declaratory judgments in their defense. The result will be to deny access to the courts to disputants with limited financial means that nonetheless have meritorious claims. Such a legal provision would induce inventors and entrepreneurs to sell their patents to large firms who are better capitalized and prepared to enforce the patents, and similarly will force small businesses to settle patent assertions of questionable merit.

The general effects of adopting fee shifting in any context are highly complex and very risky according to a discussion by panel of legal experts. An economic study by Michael Baye, Dan Kovenock and Casper de Vries observes that when some individuals face budget constraints, fee shifting “might make courts a playing field for only the wealthy.” The Innovation Act thus would make patent litigation the “sport of kings.”

The Innovation Act and similar legislative efforts are a rush to judgment based on a phony “crisis”. They represent an attempt to tinker with the legal system in response to claims of a litigation explosion. Such claims tend to be made on the basis of very questionable data.

Some are motivated by exaggerated tales of abusive litigation by so-called patent trolls. How convenient it is that the proposed reforms target an ugly but mythical beast that lives under bridges and takes your money? Trolls are sometimes referred to as Patent Monetizing Entities, Patent Assertion Entities, and Non-Practicing Entities. But what are these entities? Sounds like something from the movie Ghostbusters.

What type of evidence is supporting these calls for reform? Consider for example a Wall Street Journal article by John Chambers, Chairman and CEO of Cisco and Myron E. Ullman, CEO of J.C. Penney, claiming abusive patent litigation: “The abuse comes in many forms—meritless or overblown lawsuits against technology manufacturers; baseless and absurd claims against businesses that use technology; and tens of thousands of false and misleading demand letters against small businesses.” They cite only two sources of “evidence”: (1) a report by RPX and (2) an academic study based on a survey of companies conducted by RPX; “The pool of invitees included RPX clients and non-client companies with whom RPX has relationships.” As evidence of problems with patent trolls, the 2013 White House report cited a study by Colleen Chien that uses “a comprehensive database of patent litigations developed by RPX.” A study in the Antitrust Law Journal relies on data provided by RPX.

I had always thought that all roads lead to Rome. David Schwartz and Jay Kesan have shown some of the fundamental flaws of studies based on the RPX data.

In addition, claims that patents generate excessive litigation rates are incorrect. In fact, when properly related to economic activity, the patent litigation rate has not increased and is less than in earlier periods in U.S. history. Reviewing nearly a century of patent litigation, Ron Katznelson’s valuable study shows that patent litigation in the current era is generally less than what was observed in prior times when taking into account (a) the number of patents issued each year, (b) the total number of patents in force over which disputes may arise, (c) the total number of Federal civil suits, or (d) real Gross Domestic Product (GDP). Katznelson finds that patent suits are rare: annual litigation involves less than a quarter of 1% of active patents in force and patent lawsuits are less than 2% of Federal civil suits, generally closer to 1%.

Damaging the patent system to avoid some legal costs that are miniscule compared to a proper baseline is penny wise and pound foolish. Such legal costs are tiny when compared to the trillions of dollars in value generated by IP in the US economy each year. The legal costs of the IP system should be measured against the value of intellectual capital in the U.S. economy, estimated in a study by Kevin Hassett and Robert Shapiro to equal between $8.1 trillion to $9.2 trillion.

Extensive historical research shows the great success of the U.S. patent system for over 200 years. By weakening patents, the proposed legislation would reduce employment. According to a study by the Economics and Statistics Administration (ESA) and the U.S. Patent and Trademark Office (USPTO), employment in the most IP-intensive industries in 2010 represented 40 million jobs.

Reforms that weaken patents would do harm to entrepreneurship. Patents are very important to entrepreneurs for obtaining financing, deterring infringement, and gaining competitive advantage. An important study by Stuart Graham, Robert Merges, Pam Samuelson, and Ted Sichelman identifies the importance of patents for entrepreneurs. Changes in law that damage the patent system should not be sold as friendly to entrepreneurs.

By weakening patents, the proposed legislation would also harm the U.S. position in international trade. The U.S. International Trade Commission (USITC) relies on patents to protect domestic industry from the consequences of unfair competitive acts in the importation of goods into the U.S. – goods that infringe on U.S. patented technology. According to a study by the National Science Foundation, the U.S. has the largest share of GDP of any large economy coming from the highest knowledge-and-technology-intensive (KTI) industries (page 6-5). The provisions of the Innovation Act that weaken patent rights would serve as a model to our trading partners in other nations to similarly assail IP rights in their jurisdictions to the detriment of U.S. IP holders, undermining the efforts of the U.S. Trade Representative (USTR). Enacting H.R. 9 would send the wrong message internationally.

Senator Orrin Hatch, Chairman of the Senate Finance Committee, remarked that “Intellectual property is the backbone of our economy. It affects large and small companies across America.” Stressing the importance of IP for international trade Senator Hatch added “The U.S. Government has an obligation to ensure that the creative capital of our artists and innovators is protected. This is a long-standing principle. In fact, our Founding Fathers believed intellectual property to be so fundamental to America’s future prosperity that they explicitly granted Congress the constitutional authority to protect it.” His remarks are here.

The Congress should avoid a rush to judgment. There are plenty of large and small firms on both sides of the patent law debate. That is precisely why the Congress should avoid unduly tilting the scales of justice to favor one group or another. Doing so would only serve to diminish innovation. Public policy makers need to exercise caution before creating long-term harm to the U.S. patent system.

Daniel Spulber is the Elinor Hobbs Distinguished Professor of International Business and Professor of Strategy at the Kellogg School of Management, Northwestern University and is the Research Director of the Searle Center [...see more]